The world's most scenic drives 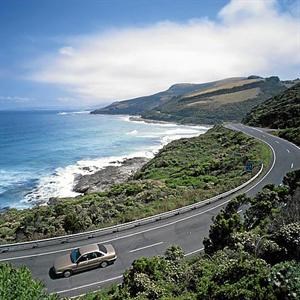 The Great Ocean Road, South-west Victoria in Australia offers spectacular scenes that may look similar to our drives in the Southern Cape.
MOTORING NEWS - Life's a journey and website www.askmen.com has come up with a list of the world's Top 10 international driving routes outside the USA.

Night travel is not advised and it is suggested speed is kept under 80km/h. The skilled driver with a reasonably sturdy vehicle will be rewarded with good weather and great sights.

2. Tunisia
Northern Tunisia has some entertaining mountain roads but it not a fragile exotic car due to the road quality, sometimes with little warning.

3. Western Cape, South Africa
The N1, N2 and N7 in the Western Cape are great drives, with a maximum speed limit of 120km/h. Keep an eye out for farm animals that are inclined to wander on to the roads. Driving along the South Atlantic and Cape of Good Hope is reminiscent of the Mediterranean, with a similar climate.

4. M8, Scotland
The United Kingdom has tons of tempting roads for the driving enthusiast and an often-overlooked point is Scotland. The country's diverse geography is classified between the Highlands, Central Lowlands and Southern Uplands, often marked by abrupt transitions. One mountain pass, known as Rest and Be Thankful, was once notorious for causing vehicles to overheat at least once during their ascent. The M8 is the main motorway, though you'll likely want to explore some of the great secondary roads - to check out a castle or just run through some twisties.

5. Kumamoto, Japan
As densely populated as Japan is, in the mountainous countryside one's pulse drops back into the safe zone as life moves at a comparatively slow speed. This is also where you'll find some scenic, well-maintained and lightly travelled roads. For example, driving the Kyushu Highway in the Kumamoto Prefecture on the island of Kyushu is almost like time travel. They say this is the area where Japanese civilisation originated and you will have the opportunity to witness gorgeous views as well as traditional architecture.

6. Coastal roads - Portugal or Spain
When a European auto manufacturer holds a media launch and turns its cars loose on journalists, it's often in beautifully rugged Portugal or Spain. Although Spain is known for strict enforcement of its extensive traffic laws, the law enforcement helps to foster a low-stress drive, letting you take in the rugged scenery. Portugal has recently made great strides in highway and driver improvement which adds to driving pleasure.

7. Great Ocean Road, Australia
South-west Victoria plays host to this great run, with sights along the way ranging from resort towns and lighthouses to the Otways rain forest.

You'll wind along the Southern Ocean beachfront between Lorne and Apollo Bay and the huge waves around Bells Beach are a surfer's dream. And then there are the Australian version of the Twelve Apostles (the South African Cape Pensinsula route also has Twelve Apostles). Awesome limestone rocks jut up from the water in Port Campbell National Park between Princetown and Peterborough.Completed in 1932, the Great Ocean Road is a source of pride for Australians and an entertaining drive for travellers from all over the world.

8. Millau Viaduct, France
The area around the southern French town of Millau is a joy to drive. Roads in the Massif Central Mountains have all the required grades and curves drivers crave but what really makes this route a standout is the steel. Effectively competing with the impressive landscape is the Millau Viaduct. Granted, most auto enthusiasts don't usually get excited about bridges, but this is no ordinary bridge. For a small fee, you can drive across this four-lane, sky-high highway that stands 341m at its tallest point above the Tarn River.

9. Bologna, Italy
It has been suggested that a car performs best on its home turf and that is the case in Italy's Bologna province where Ferrari, Lamborghini and Maserati all create their magic. Winding your way through narrow village streets, foothills and mountains gives the sense of competing in the famous Mille Miglia road race - the modern version of the race cuts through the area. Just keep in mind that the A13 and other Autostrade (motorways) have speed limits of 130km/h for cars with at least 1100cc engines.

The police are known to be lenient but not all-forgiving. To get the best driving experience in Bologna, or anywhere, for that matter, hit the country roads.

10. Autobahn, Germany
Would automakers such as Audi, BMW, Mercedes-Benz and Porsche turn out anything impressive if they didn't have the Autobahn in their backyard? Since the first stretch from Bonn to Cologne was finished in 1932 the German autobahn system has become legendary for thrills without limits.

It's often misunderstood but only about half the system is unrestricted. The Austrian and Swiss Autobahns also cap your rate of travel. Instead, head for southern Germany, where you'll find most of the "any speed" stretches.

Read more about: The worlds most scenic drives