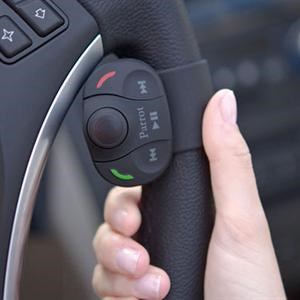 In most new cars, music can be controlled from the steering wheel for ultimate enjoyment and to help the driver concentrate.
Research has shown that people take a longer time to perform mental tasks to loud music, but listening to certain music, at the correct volume, can promote alertness and prevent fatigue while driving.

This is according to BP and Stay Alert Stay Alive who aim to make roads safer by educating motorists about safety behind the wheel.

Many single vehicle collisions where no other cars involved) on SA roads are because drivers are fatigued. However, listening to the ‘right’ music can keep drivers alert and keep fatigue at bay during long road trips.

Glenda Zvenyika of BP says: "We are a nation of music lovers, but many motorists take music to the extreme while driving. They don’t realise that loud music can impair concentration and reaction times.

"Researchers found reactions to be significantly decreased at higher noise levels for physical and mental work," she reports.

At 95 decibels reaction times to tasks that involve decision making plummeted by 20%.

Earlier research by the RAC Foundation, a British motoring organisation, found drivers were twice as likely to skip a red light while listening to music.

Drivers are at even greater risk if they listen to music with a pounding, repetitive beat rather than more vocally rhythmic tunes.

"It is important that drivers choose their music carefully, and incorrect music has been shown to have negative affects on a driver as opposed to those listening to music with by way of example music with sing-along lyrics”, she says.

Studies have shown that if music is above 60 beats per minute, listeners experience a faster heart rate and increased blood pressure.

Opera and classical type music can become boring when only listened to while watching the performance has the opposite effect.