THE annual South African Guild of Motoring Journalists (SAGMJ) Car of the Year (COTY) competition held its winners banquet recently and announced that after the jury put all eleven finalist vehicles through their paces in two days of testing that the Porsche Macan S Diesel emerged as the winner in what has been described as one of the closest fought competitions in the 30 years since the inception of the award ceremony. 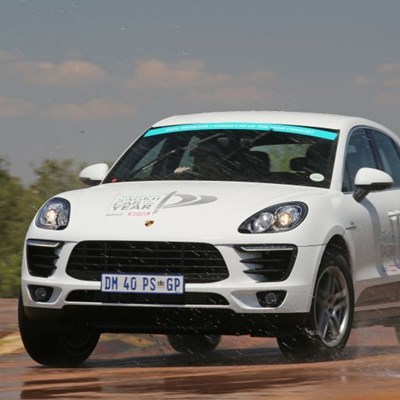 The Porsche is certainly a worthy winner as it manages to blend a degree of SUV off-road ability with great on-road dynamics, competitive pricing, quality and a reasonable parts pricing bin. The 28-member jury came to their conclusion by applying and motivating a portion of the 50 votes that each member is allocated towards the vehicle each jury member deemed most worthy, while still ensuring that at least seven of these vehicles received a portion of the allocated votes.

The winning vehicle is evaluated and scored in relation to its segment competitors with each vehicle’s final score determined by assessing aesthetics, dynamics, performance, fuel efficiency, safety, technology, parts pricing and cost of ownership, to name a few.

Previous winners of the WesBank / SAGMJ Car of the Year competition: