Nissan honoured for its green credentials

INTERBRAND has ranked Nissan as the fifth-greenest brand for 2013 in its annual Best Global Green Brands report. 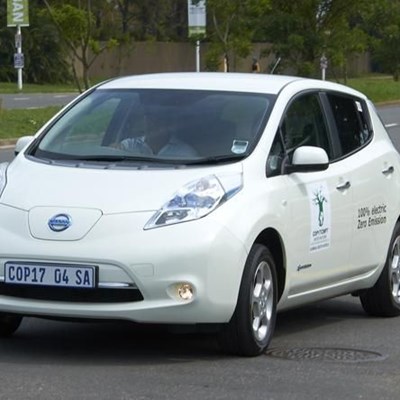 The Japanese manufacturer moved up 16 places from its 2012 showing, earning it the ‘Top Riser’ honour in this year’s report. More impressive is the fact that Nissan achieved this ranking in only its second year of being chosen for the Interbrand top green brands roster.

Nissan is a leader in zero-emissions mobility with the fully electric LEAF, which led the positive perception of the brand in the 2013 report, as well as the company’s eco-friendly actions to cut vehicle weight by 15%, starting in 2017, as well as Nissan’s collaboration with Daimler and Ford for the development of fuel-cell cars, also to be launched by 2017.

“The Global Green Brands’ recognition is another boost for Nissan SA’s plans to launch its flagship EV in South Africa in spring this year,” an elated Mike Whitfield, Nissan SA managing director said. “The award-winning Nissan LEAF is the world’s first affordable, mass market, fully electric vehicle that has already been rolled out in Japan, the USA and Europe.”

In the lead-up to the LEAF’s local launch, Nissan SA formed groundbreaking partnerships with the Department of Environmental Affairs (DEA) and Eskom in testing the LEAF. Eskom’s planned research also includes the evaluation of usage patterns and the cars’ charging characteristics in order to design grid solutions and tariffs for e-mobility.

Due to the fact that most of the LEAF’s components are recyclable, skills development and job possibilities in the local market could be a positive spin-off of the car’s local introduction.