For the current year, Nissan expects to stay in the red but move closer to profitability, projecting a net loss of 60 billion yen.

Nissan has said it has trimmed its annual net loss but the outlook remains clouded by a global chip shortage.

MOTORING NEWS - Crisis-hit Japanese carmaker Nissan said Tuesday it had trimmed its annual net loss but warned its outlook remained clouded by the global chip shortage that has hit the auto industry.

The firm has faced a series of trials, from weak demand during the pandemic to the fallout from the arrest of former boss Carlos Ghosn, now an international fugitive after jumping bail and fleeing Japan.

Nissan said it narrowed its net loss to 448.7 billion yen ($4.1 billion) for the fiscal year to March, from losses of 671.2 billion yen a year earlier, beating its own forecast.

For the current year, Nissan expects to stay in the red but move closer to profitability, projecting a net loss of 60 billion yen.

The firm also forecast stronger sales for the current fiscal year, steadily recovering from the impact of the coronavirus pandemic.

"However, there is continued business risk due to semiconductor supply shortage and raw material price hike in this fiscal year," it said in a statement.

Even as vaccine rollouts put the end of the pandemic within sight for the hard-hit auto sector, it is battling a chip shortage driven by a surge in demand for electronic devices during lockdowns.

Supply disruptions including a fire at a Japanese factory, an extreme cold snap in the United States and a drought in Taiwan have compounded the mismatch between demand and availability.

Semiconductors are a key component in modern cars and the supply shortage has prompted Nissan to reduce production at home and furlough around 800 workers in Britain, Japanese media reports said.

Nissan has said its production has been affected but declined to provide details.

"Nissan is on the path to recovery," Satoru Takada, an auto analyst at Tokyo-based research and consulting firm TIW, told AFP before the results were released. 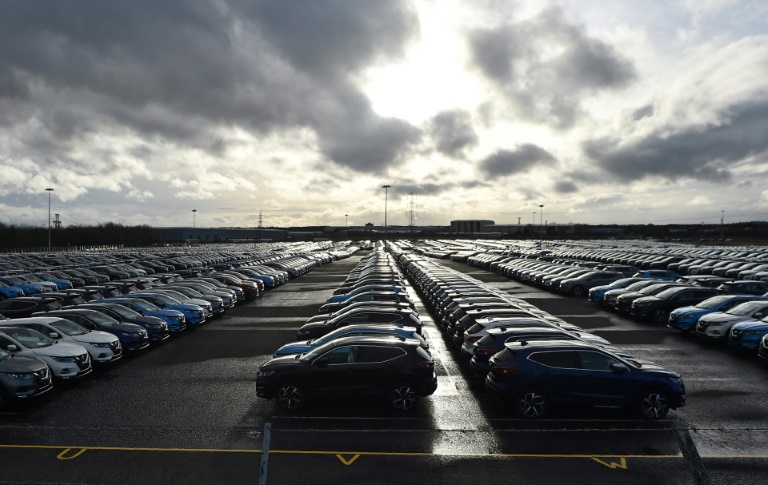 Auto firms around the world have been hit by the shortage of chips.

"But the semiconductor shortage and growing shipping costs could pour cold water on its recovery."

The group's strategy of trying to cut sales incentives, which tend to lead to discounts and squeeze overall profit, has paid off, Takada said.

Volkswagen last week said the chip shortage has hurt production and would have a "more significant impact" in coming months, while Ford expects the supply crunch to halve second-quarter auto production - with the issue possibly not resolved until 2022.

"Semiconductor supplies are expected to remain tight for now, because the global economic recovery from the coronavirus pandemic should further boost chip demand in many sectors," Yasuo Imanaka, chief analyst at Rakuten Securities, told AFP.

Nissan's recovery has been slower than that of its rivals, as the firm struggled with growing sales costs and the ongoing saga surrounding its former chief Ghosn.

Ghosn was detained in Japan in 2018, accused of financial misconduct charges that he denies, but jumped bail and fled to Lebanon the following year.

He remains at large, but his one-time associate Greg Kelly and Nissan itself face court proceedings over the case in Japan.