WHEN a new model is launched in South Africa, the manufacturers always give you a “memory stick” (USB) with images of their latest creation. From these images it’s easy to see what kind of target audience they had in mind. 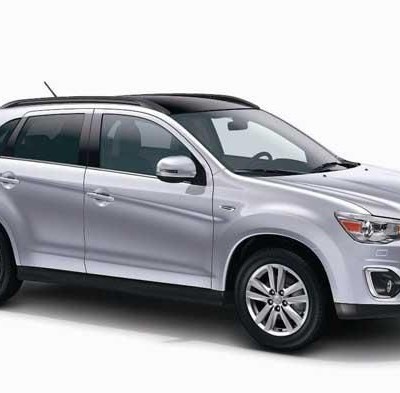 At the launch of the latest incarnation of the ASX, we each received the obligatory USB and the photographs on it surprised me a bit. The six exterior shots of the vehicle were all taken in the city and not a single scrap of dirt is anywhere in sight. This tells you a lot about the intended audience the ASX is aimed at.

As a crossover the ASX is built to do service in the city and on the highway. It can handle the occasional dirt road, but it doesn’t claim to be a serious off-road contender like the Pajero.

The ASX isn’t one of those crossovers suffering from an identity crisis. It’s the epitome of authentic down-to-earth motoring, a defining characteristic that can be found throughout the vehicle.

A more aggressive front bumper is the only notable exterior change. Not that it matters, as the pre-facelift ASX was an attractive crossover to begin with.

Most of the changes are to be found on the inside. The layout is more or less the same as the pre-facelift model, but Mitsubishis has gone for new, darker trim materials. Quality remains the same, but the darker trim makes for a more premium ambience. The amount of space is another feather in the ASX’s cap, especially in the boot, which is rated at 442 litres with the seats in place and 1 193 litres when folded down.

As before, the ASX is stacked with standard features. Along with the usual items such as electric windows and electric mirrors, you also get a multifunction steering wheel with controls, Bluetooth connectivity for up to seven devices and a USB port. A trip computer with colour display is now standard across the range.

As the ASX will mainly function as family transport, Mitsubishi has ensured that it’s as safe as it can possibly be. All models feature seven airbags, ABS, EBD, brake assist, side impact protection bars and a collapsible steering column. The GLS adds traction control and hill start assist. These safety systems have helped the ASX on its way to a maximum five-star score in the Euro NCAP safety test.

The 2.0-litre, four cylinder petrol engine is another carryover from the previous model. It produces 110kW and 197Nm of torque. It can be mated to either a five-speed manual or six-speed CVT gearbox. Mitsubishi claims a combined consumption figure of 7.5 litres/100km for the manual and 6.7 litres/100km for the CVT. A 63-litre tank should ensure a decent cruising range between visits to the pumps.