Land Cruising across the Namib-Naukluft

ON THE 2nd of November I left South Africa behind for a weeklong trip to Namibia. I’ve been there before so I knew what to expect. This trip was nothing like the others; I was going to cross the vastness that is the Namib Desert, 34 000km² of sand dunes. Toyota South Africa supplied me and a select few the updated Toyota Land Cruiser 200 Series, both in VX and GX guise. This was sure to make our trip a little easier. Toyota also arranged for one of those "sand gurus" who went by the name of Jackals and who works for URI Adventure tours. 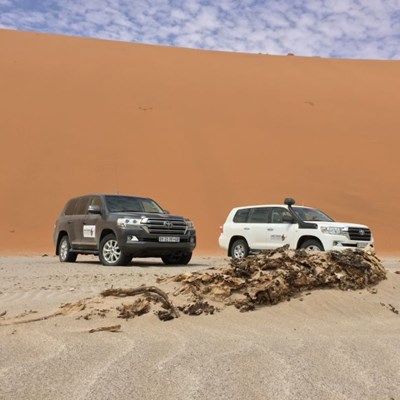 This story is not really about the car - that will come a little closer to its South African début. This article is about one of the most memorable journeys I have ever been on. I do hope that it inspires you to get out there and do a trip like this; it is life changing.

The Namib Desert is a vast expanse of rough country, stretching from the southern border of Namibia to the south west corner of Angola. On its eastern boundary is the Namib escarpment, and on its west, the icy Atlantic ocean. The route follows a trail of relics that have remained in the desert for over 100 years, left behind by the adventurers, seafarers and diamond seekers, in a time when there were vast, unexplored areas of unknown riches. I was going to tackle this route in one of the best off-road vehicles on sale today.

My journey began in a small town, know as Solitaire. I do use the word "town" lightly as Solitaire is a petrol station, a pub and a little shop next to a gravel road. It currently has a population of 92 people. From there, our convoy of Toyotas travelled to the Kuiseb River. The landscape gradually changes from the typical Namib Plains into a colourful landscape of red sand dunes separated by grassy plains. The Kuiseb Canyon offers unique scenery. Its southern bank is formed by massive red sand dunes and its northern bank, by pitch-black rock formations, while the riverbed itself is overgrown with massive trees. That night we camped in the riverbed; the campsite is called Homeb. The stillness of the night was relaxing, so too, was the coolness.

It was an early start to the day. We fired up the Land Cruisers after breakfast and headed southwest into the "sand sea." On the way to Conception Bay we had to vacillate over massive dunes. The Land Cruiser made light work of this, thanks to its 615Nm of diesel V8 power. It was me, who happened to be the problem. I didn’t know anything about sand dunes - luckily Jackals was at hand to help me out. The linear dunes are massive and most are in excess of 150 metres high; nevertheless, we headed deeper into the desert in order to get to our destination. We drove until dark and made camp under a billion stars. 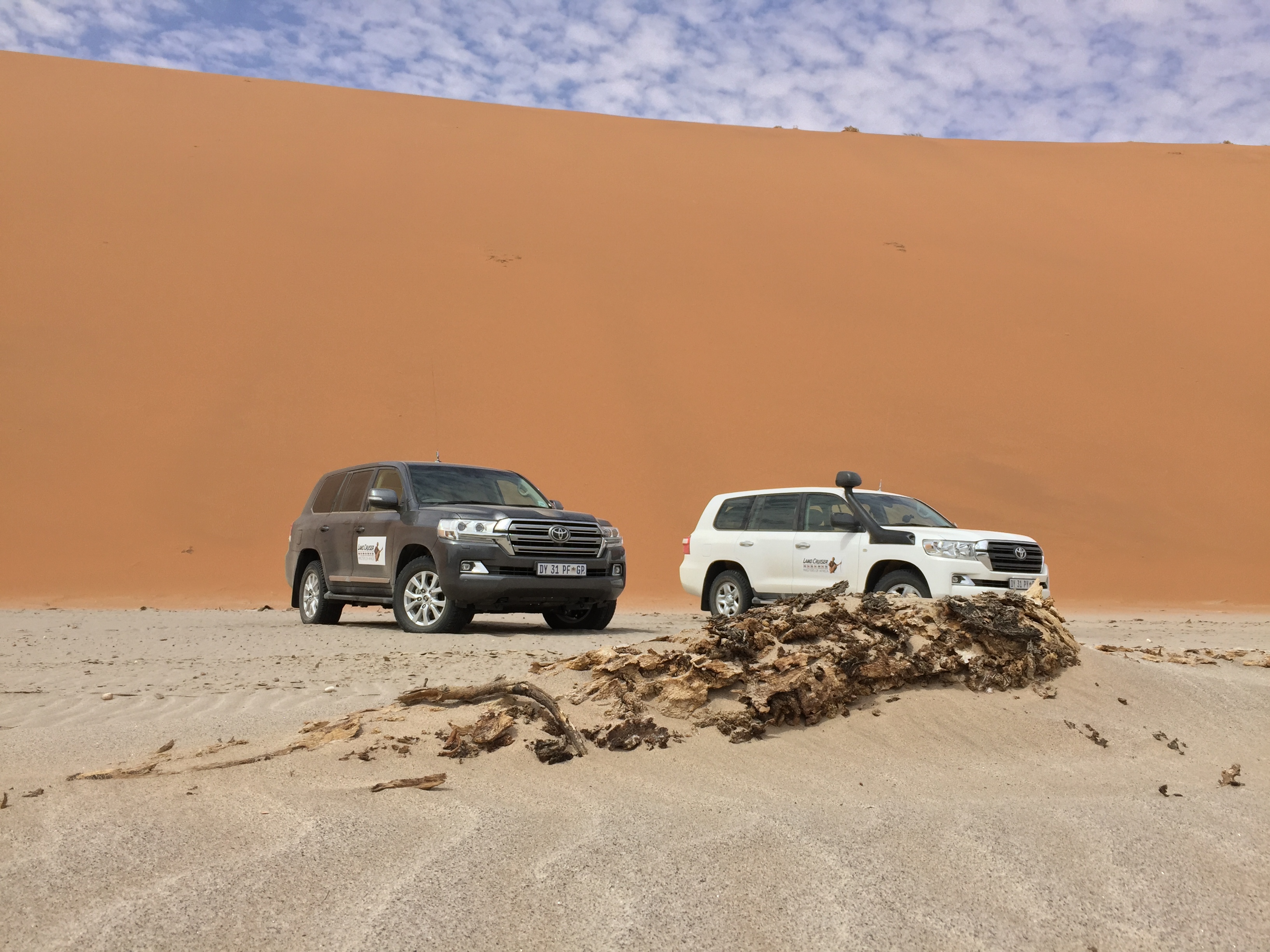 We were now heading west, as we left the linear dunes behind passing by awe inspiring sandstone formations. After many hours of driving through the transverse dunes nearing Conception Bay, we arrive at our destination – Olifantsbad. Here we unpacked the Land Cruisers and prepared to spend two nights and a day there. The next day, with un-ladened vehicles we drove down along the coast to the rusted wreck of the Eduard Bohlen, a passenger/cargo ship that was stranded on the desolate beach in 1909. We then headed east to a deserted diamond town, Holsazia, built by the Germans in 1909 and abandoned by the South Africans in the early 1930s. The desert is slowly consuming the buildings and the wrecks. It is a relentless thing that will devour anything in its path.

From Conception Bay we headed northwards towards Sandwich Harbour. Driving along the beach we passed the wreck of the Shawnee. We negotiated the famed Langewand where massive dunes meet the sea. Due to the tides, there was only a very limited time span to negotiate this stretch of beach. After Langewand the trail once again led into the dunes, circumnavigating the salt pan extensions of Sandwich Harbour on the way to Walvis Bay. We arrived in Walvis, 539 kilometres later; tired and sunburnt, we all gathered at a restaurant along the waterfront, reminiscing about our journey. 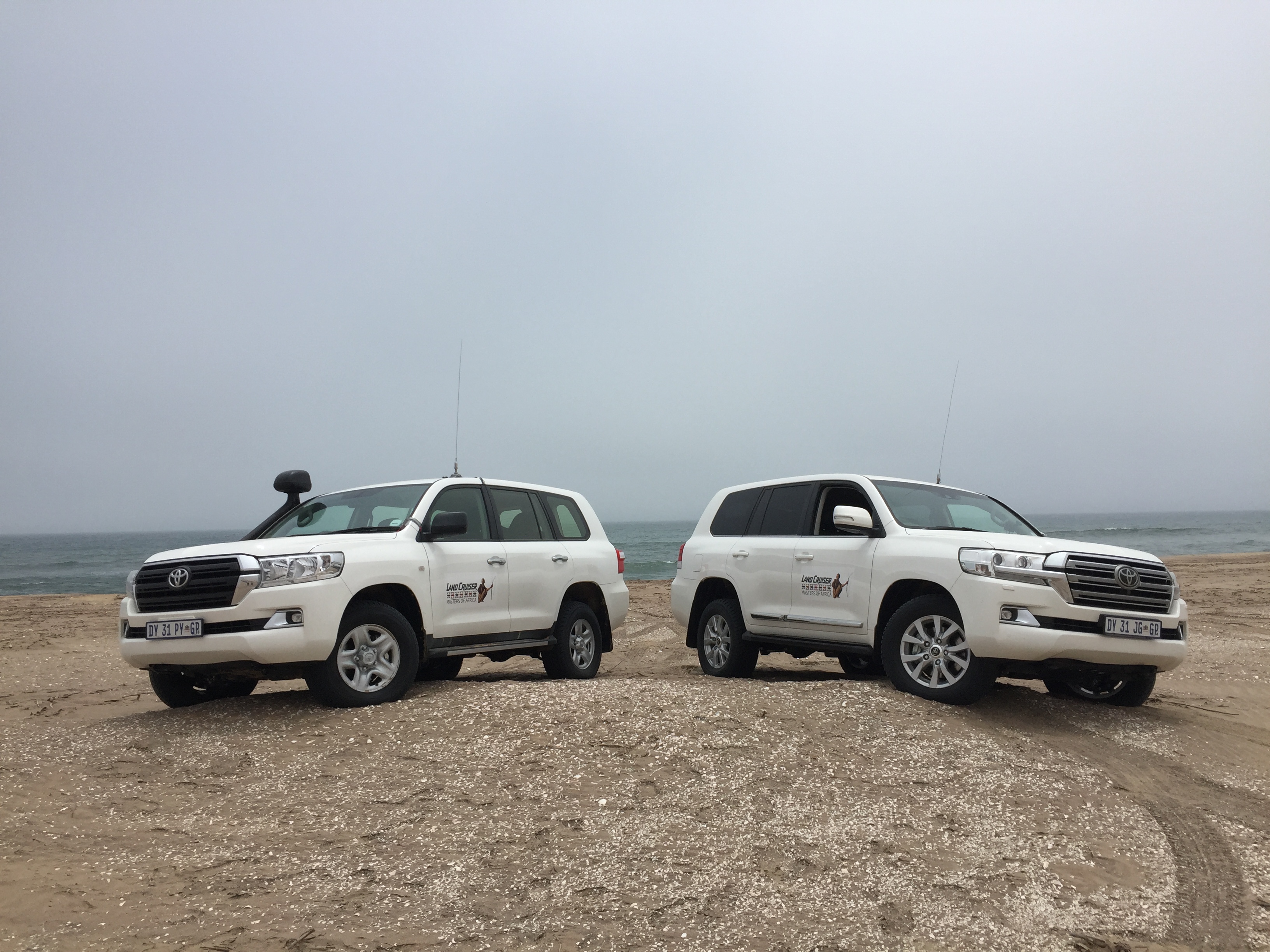 This is a journey not many know about but one that so many should embark on. If you love camping, sitting around a camp fire and putting yourself and your vehicle to the test, then you need to do a trip like this. I spent a week behind the wheel of the Land Cruiser 200 Series. I got it stuck, I rode a tyre off the rim and I made full use of the air-conditioned seats. The car got me up and over some incredibly intimidating dunes. I had complete faith in the vehicle. However, it was my ability that I questioned but after this trip, I can feel a change in me. The world is a beautiful and dangerous place - get out and experience it! 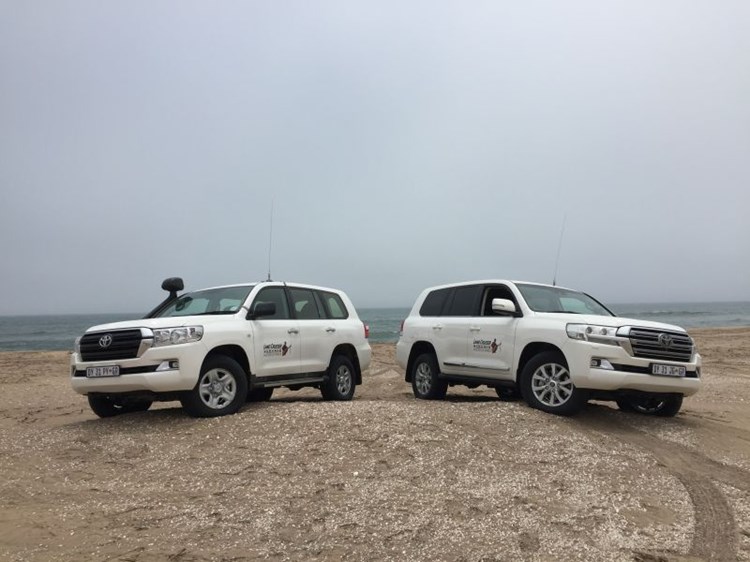