MOTORING NEWS AND VIDEO - Six years ago it broke Taryn Groenewald's heart when she saw the many stray and homeless cats in an informal settlement in George when she dropped off her domestic worker at her home.

She made up her mind there and then to do something about the matter and became a volunteer at Cats Garden Route.

It wasn't long before she started her own non-profit organisation, Furever Cats.

"I saw a great need for kittens and mother cats to be homed. After a while, the medical bills and food became too expensive to handle on my own. Tavcor Volkswagen George kindly agreed to sponsor my Volkswagen Caddy's fuel and Tavcor also donated 'catch cages' for the strays."

People can adopt cats from Taryn after the cats have been sterilised, and she naturally adheres to an extremely strict adoption policy. "Cats, just like dogs, need a safe, loving home."

People can adopt cats from Taryn after the cats have been sterilised, and she naturally adheres to an extremely strict adoption policy. "Cats, just like dogs, need a safe, loving home."

Taryn also assists cat owners to take their cats to the vet when they are sick and helps to get kitties sterilised. Vetcare and Vital Vet give Furever Cat special rates to help cats in her care and those of needy owners under her wing.

No donation is too small. "A lot of small donations can ensure cats get rescued, treated, sterilised and homed," says Taryn. 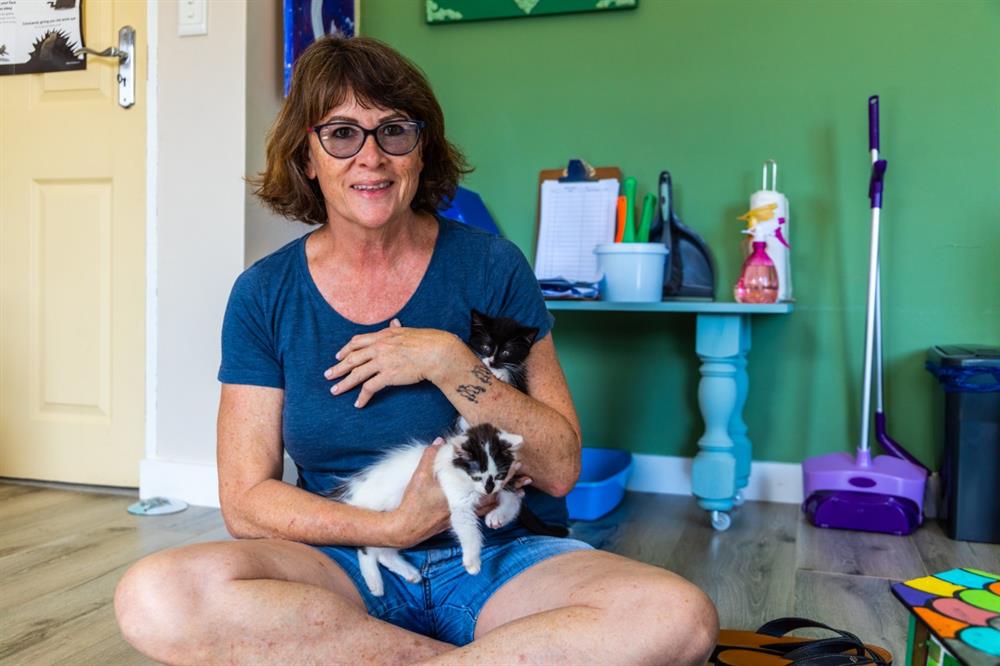 Taryn Groenewald, owner of Furever Cats, with two of the kittens up for adoption. The kitties love the Caddy.