It's crazy to think that Hyundai has been on the local automotive scene for 17 years. 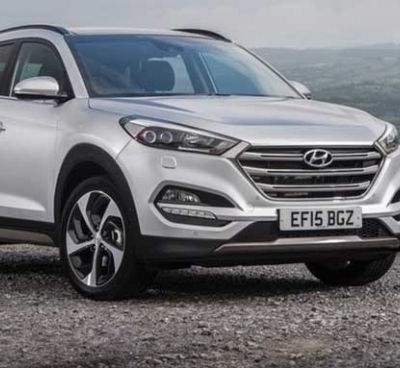 In that time we saw a brand that had a rocky start, evolve into a highly competitive motoring manufacturer. The two cars that “put Hyundai on the map” were - no doubt - the Getz hatchback and the original Tucson SUV, which, from 2005 to 2010 sold 22 716 units. Then came the ix35, which also did well with 33 692 sales during its lifespan. Now, Hyundai Global has enforced the Tucson name for the ix35 replacement and I recently had a go in it.

The man behind all the good-looking Hyundai/Kia products is, of course, Peter Schreyer, and he’s nailed it again! I think the new Tucson looks fantastic. There’s a big, bold grille up front complimented by sculpted LED headlamps, which flow into a swept-back A-pillar and sloping roofline. The rear is a bit more rugged, withcombination lamps, a rear skid plate and twin exhaust exits. Overall, the Tucson fits well within its segment; it certainly looks like a combination of its key rivals blended with a typical Hyundai twist.

The interior is less dramatic; the fit and finish, in general, is of a high quality bar one or two questionable hard plastic surfaces. Expect all models to have a black leather interior while on the entertainment side of things, there are two infotainment systems available: a standard issue system with a smaller screen and Bluetooth connectivity while in higher-spec models there’s an eight-inch system with navigation, Bluetooth/USB/DVD/AUX and HDMI compatibility. This system is available as an option on other models at a cost of R15 000.

In terms of practicality the Tucson will be a great family vehicle; there’s ample space in the rear, a 513-litre boot, front electric seats in the Elite models and a two-level boot and cargo cover. The Tucson comes with a five-star Euro NCAP safety rating with features such as Vehicle Stability Management (VSM) as well as six airbags, including driver, passenger, side and curtain airbags throughout the range.

The main talking point in the new model is the all-new engine and transmission options. There is still the option of a 115kW/196Nm 2.0-litre naturally aspirated motor, mated with either a six-speed manual or six-speed torque converted automatic for the entry-level models. However, the real highlight of the range is the 1.6-litre turbocharged motor, mated with the seven-speed double-clutch gearbox (DCT), while there’s also the option of a manual with this engine.

Now this sounds similar to what was fitted to the Veloster, which proved a bit underwhelming. Nonetheless, the motor and gearbox have been revised and optimized for use in an SUV. There’s 130kW/265Nm available which I found to be enough in this model. I also felt the gearbox worked better in this package; it is still not as slick as it should be, then again, the combination of the gearbox and engine provides good overtaking and reasonable fuel returns with a figure of 8.5 litres/100km. The turbo motor and DCT gearbox is also available with a four-wheel-drive (4WD) system with a ‘Lock Mode’ that splits torque 50:50 for enhanced stability at speeds up to 40 km/h.

The Tucson is a very fuss-free affair in the driving department. It soaks up the bumps well on our rather badly-maintained roads, whispering while it does so. It’s not the most communicative of things yet, in spite of this, it was designed for a different purpose… to transport families in comfort and safety. On that front it works very well indeed.

The new Tucson range is backed by a five-year/150 000km manufacturer’s warranty as well as a seven-year/200 000km drivetrain warranty along with a five-year/90 000km service plan. 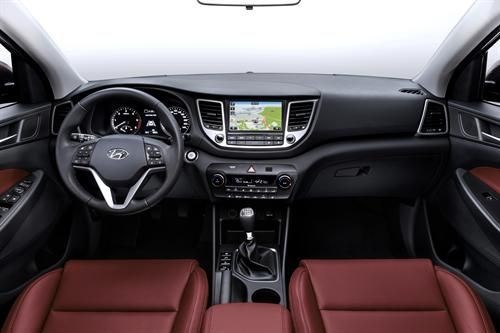 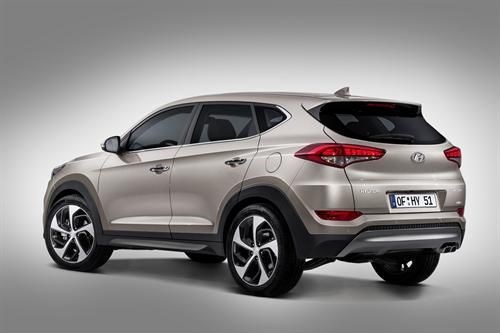 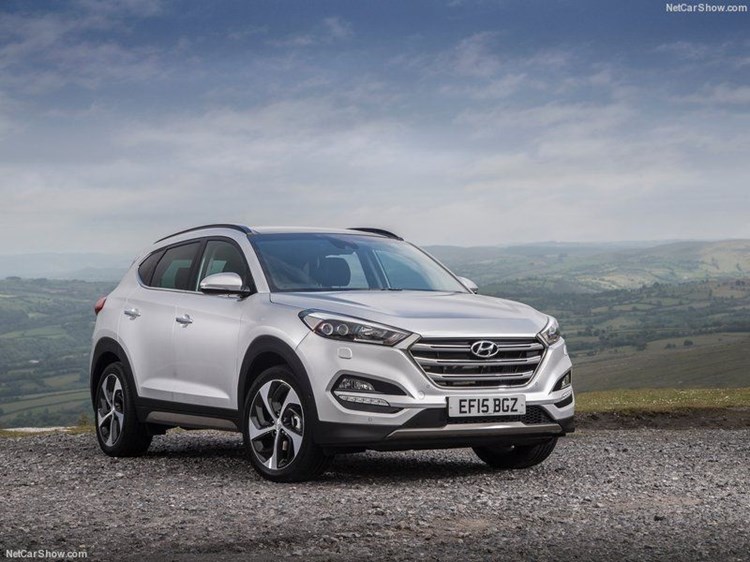