Hyundai has reportedly confirmed that it’s all-new, sub-four metre SUV will make its official world debut at the New York Auto Show in April, before going on sale later. 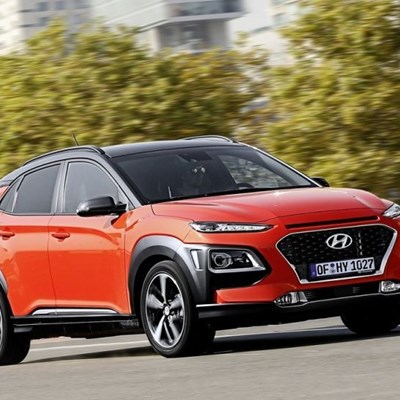 Known internally as the QXi but speculated to be called Styx in production form, Hyundai’s Head of Global Design at its Namyang Centre in South Korea, SangYup Lee, has indicated that the newcomer will be “distinctively different [from the] Kona” (pictured) it will replace as Hyundai’s smallest crossover/SUV offering.

“Imagine Kona as a really fast profile, distinctive, iconic character to it, but this one is almost very boxy, bold, bull-doggy character. We want to be ambitious with CUVs,” US publication, Motor Trend, quoted Lee as saying.

Already seen undergoing testing in India where it will be built and rival the likes of the Ford EcoSport, Tata Nexon, Nissan Kicks and the runaway segment leading Maruti Suzuki Vitara Brezza, the QXi/Styx, according to Lee, will ride on a platform of its own and not that of the Kona as initially reported.

With styling set to be heavily derived from the Carlino concept shown at the Indian Auto Show three years ago, a new report from indianautosblog.com has claimed that the QXi/Styx will be powered by a choice of three engines; a normally aspirated 1.4-litre petrol producing 74kW/132Nm, the turbocharged 1.0-litre three-cylinder T-GDI that also makes 74kW/172Nm and a 1.4-litre CRDI turbodiesel outputting 66kW/220Nm.

Aimed at the EcoSport as well as the new Volkswagen T-Cross in export markets, the QXi/Styx will be front-wheel drive only and, depending on the engine, equipped with either a six-speed manual or seven-speed dual-clutch gearbox.

It has meanwhile been confirmed that the sales will commence in Australia during the second quarter of 2019, although at present, a South African debut remains unknown.