F-Types and speed records in SA

JAGUAR has used its partnership with the Bloodhound SSC World Land Speed Record programme to announce that it will be producing an all-wheel-drive version of its F-Type sports car. 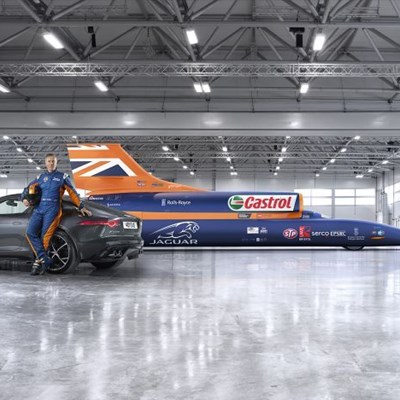 The Bloodhound project aims to raise the world land speed record to above 1 600 km/h. The current record stands at 1 227.985km/h and was set by Andy Green in Thrust SSC in 1997. Green will drive the Bloodhound Supersonic car.

The Hakskeen Pan desert in the Northern Cape of South Africa is the area being used for the testing. The AWD F-Type R coupé was used as a test of the team’s communication from its base, to in the car. Jaguar claims the new model will go from 0-100 km/h in just 3.9 seconds with a limited top speed of 300km/h.

Ian Hoban, Vehicle Line Director, Jaguar said: “Our target with engineering the all-wheel drive F-TYPE was to maintain the engaging rear-drive character that’s so important to Jaguar sports cars, yet offer even greater dynamic capability. The result is a controllable, exploitable and blisteringly fast performance car in all weather and road conditions.”

Fitted with the same radio equipment as the jet and rocket powered Bloodhound SSC, the F-Type was driven head-to-head at top speed with a similarly equipped jet flown at 805km/h and just 50 feet above the ground. The combined closing speed of over 1 100km/h enabled the successful test of the system that will allow communications between the ground crew and Andy Green in Bloodhound SSC, which will run for the first time on the Hakskeen desert, just twelve months from now.

The addition of all-wheel-drive is one of a number of performance enhancements to the Jaguar F-Type range which will grow from six to 14 derivatives in 2015; the full range will début at the LA Auto Show on 19 November. 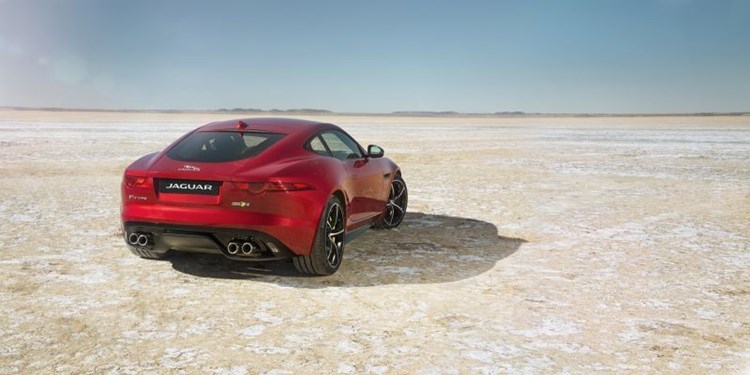 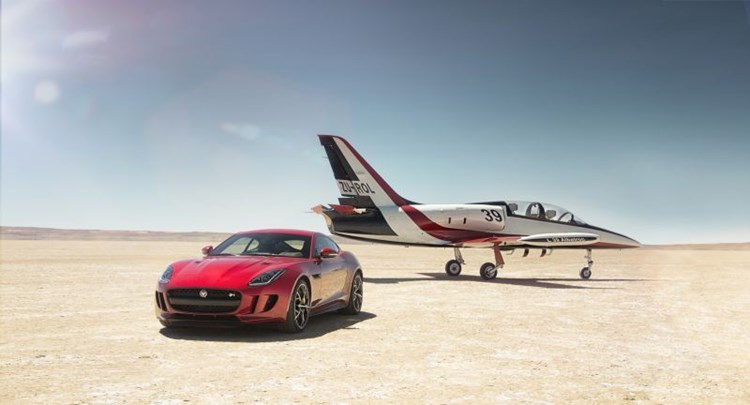