WE’VE BEEN dreaming of the Alfa Romeo 4C for months now, hoping that it’ll be as wicked as the styling suggests. 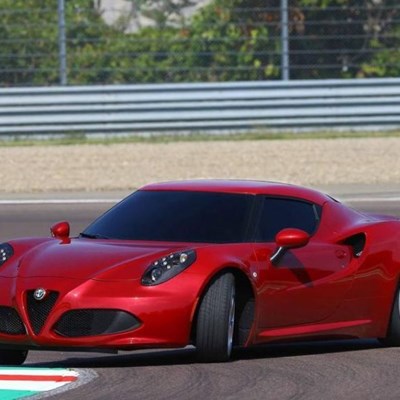 The full details of this machine were recently revealed and it seems as if it will have the go to match the show. Alfa states that the 4C marks its return to lightweight sports-coupé production, which makes us even more excited. Is this just the beginning, we wonder…

Alfa calls it an uncompromised thoroughbred designed by function and aerodynamics and yet it’s still a beautiful car. It’s definitely a worthy descedant of one of the most beautiful and legendary cars in Alfa’s history, the 33 Stradale. To add even more mystique and passion to the mix, the 4C will be produced alongside a few other Italian stallions at Maserati’s plant in Modena.

We were initially shocked at the South African price tag, but a quick glance at the building materials reveals why it is so much more than your average two-seater coupé.  The one-piece monocoque is made from carbon fibre due to the material’s high levels of structural rigidity and low weight. The engineers were so adamant to keep the weight down that they slimmed down the thickness of the glass by 15%.

The result of this attention to detail is a dry weight of 895kg. This means it doesn’t need a ridiculously powerful engine to reach Alfa’s claim of 1.1g lateral acceleration.
Alfa chose an engine that is already well known in South Africa. It’s the 1 750cc turbo unit from the Giulietta QV, but thanks to an aluminium block it’s now 22kg lighter. It produces 180kW and 350Nm of torque and is mated to a twin-clutch transmission.

Around 80% of the torque is available from just 1 800rpm, so you just know it’s going to be an enjoyable machine to drive. Even the exhaust has been tuned to provide an entertaining soundtrack to the driving experience.

Alfa claims a 0-100km/h acceleration time of 4.5 seconds and a top speed of 260km/h. Drive it carefully and you might even get close to the claimed consumption figure of 7.0 litres/100km.

To optimise handling, its double-wishbone front suspension is secured directly to the monocoque while the rear uses a performance-tuned McPherson arrangement. The brakes, engineered with track use in mind, employ a patented aluminium/cast- iron hybrid construction complete with ventilated, cross-drilled 305mm and 292mm discs clamped by Brembo calipers.

On the inside, you get a multi-function digital display instead of the traditional dial setup. The performance trend is further enhanced by the addition of a flat-bottomed two-spoke steering wheel, paddle shifters, composite bucket seats, aluminium pedals and Alfa’s patented DNA system.

The DNA system, with a unique race mode developed for the 4C, alters the operational parameters of the engine, transmission, ESC and electronic Q2 differential.

The 4C arrives in South Africa early in 2014 with prices starting at R799 990. The global production run is limited to just 3 500 units though, so if you want one, you’d better start knocking on Alfa’s door.