A young woman poses for pictures by the ash dump site -- nicknamed the local "Maldives" -- but what appears a tropical paradise is actually a toxic lake.

LIFESTYLE NEWS - An industrial dump site in Siberia whose turquoise lake resembles a tropical paradise has become a magnet for Instagrammers who risk their health in the toxic water to wow online followers.

Bikini-clad models, paddle-boarders and romantic couples are using a Novosibirsk energy plant's ash dump site - nicknamed the local "Maldives" - as background for their snaps, posing as if relaxing in a holiday paradise.

But the Siberian Generating Company, which owns the site, says the lake's bright colours are due to calcium oxides - substances found in quicklime and harmful to humans - diluted in shallow waters.

A spokeswoman told AFP that the site "isn't poisonous" but has very high acidity. 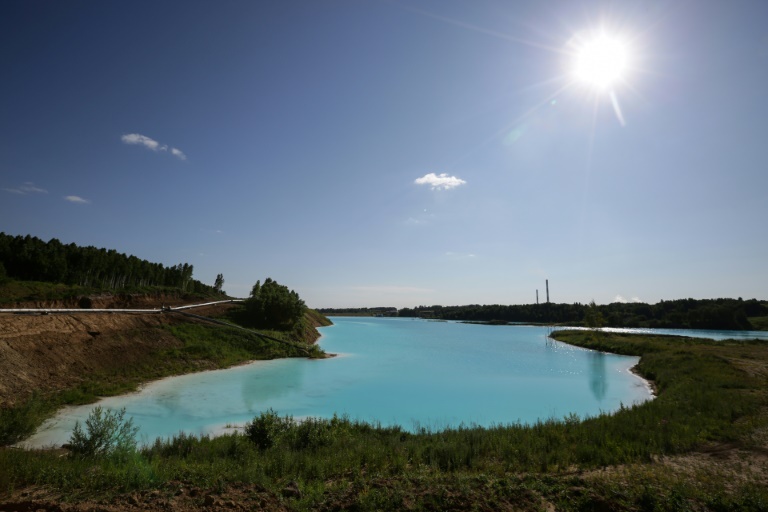 At first glance, it looks like a holiday paradise and a backdrop for bikini-clad models and romantic couples to snap each other -- but the site owner warns it is off limits and people must not go in the water.

"The bottom of the ash disposal site is claylike, so if you fall there, it's hard to get out," she said.

She added that while the company has placed roadblocks, they can be easily circumvented on foot.

Despite the signs "Danger Zone", the photographers keep coming, driven by the quest for Instagram "likes".

"I found out about this place from friends," Alyona, a photographer, told AFP after taking pictures of a young woman posing in a bathing suit on the shore caked with white residue.

"Turns out it's a poisonous liquid and maybe we're risking getting poisoned by the air too," she said looking at the water.

The best images are displayed on a special Instagram account called "Novosibirsk Maldives". Locals also refer to the site as "Maldivinsk". 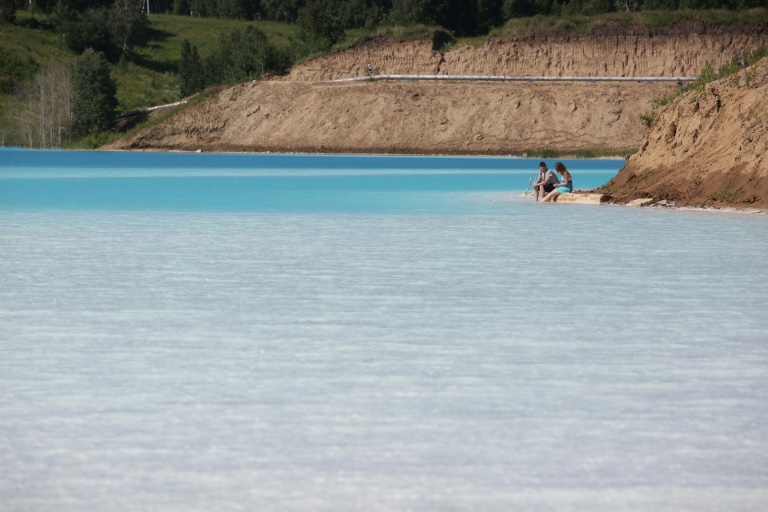 Despite "Danger Zone" signs, a couple risk cooling their feet at the edge of the turquoise lake -- but the Siberian Generating Company, which owns the site, says the bright colours are due to calcium oxides, harmful to humans.

"The rash is gone already, but I would not recommend tasting this water," said Alexei Cherenkov, whose photo on a unicorn float was "liked" almost 400 times.

"I went there for a pretty picture. Our city is grey and this is one of the available 'beautiful' places," he told AFP.

Cherenkov said there was no security, and the lake attracts many weekend visitors. "Some people even go there for barbecues." 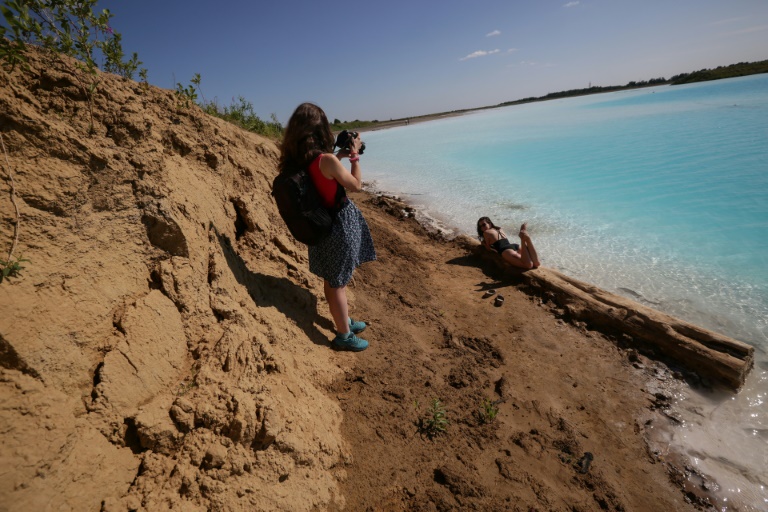 A young woman poses for pictures by the ash dump site, which some locals have dubbed "Maldivinsk" while an Instagram account highlighting the area refers to the "Novosibirsk Maldives"

Photographer Yekaterina Aksyutina went to the lake with clients - a young couple who posed for romantic photos in wedding attire.

"It was an important date in their relationship and they asked for a photo session there," she said.

"Nobody went for a swim or touched the water, we know it might be dangerous."

The Siberian Generating Company has cautioned repeatedly that the site is off limits.

"The territory is an industrial zone, not a nature reserve or aquatic park," it says on its website, warning people not to go into the water or use it to water plants.