LIFESTYLE NEWS - One Saturday night in August, Deurick van Blerk, 26, climbed into his small boat off the coast of Cape Town on another of his illegal fishing expeditions. He never returned.

Investigators are looking into allegations by fellow divers and his family that he was murdered, shot by a special task force during an anti-poaching operation in an increasingly violent battle between South African authorities and illegal hunters of abalone shellfish and rock lobster.

Abalone is a delicacy prized in Hong Kong, mainland China and elsewhere in east Asia, where dishes featuring the marine molluscs are coveted at wedding banquets and can cost thousands of dollars.

Illegal divers also search for rock lobster which is sold on the local market.

"Deurick and I started poaching when we were 15 years old," his cousin Bruce van Reenen, 23, told AFP, struggling to control his emotions.

"Often we were fishing together, but that night we weren't. We went on separate boats, I went diving around the corner in Camps Bay and Deurick went to Cape Point for lobster that night."

Divers like Van Blerk and Van Reenen can earn hundreds of dollars for a successful night's fishing.

But it is a fraction of what the dried abalone is worth on the markets of Hong Kong, with prices reaching thousands of dollars per kilogramme.

Overfishing started affecting abalone stocks as early as the 1950s, but it was not until the mid-1990s that rampant poaching began to take a grave toll.

Stocks decimated
George Branch, a marine biologist at the University of Cape Town, told AFP that since commercial harvesting began, abalone stocks have been reduced to a quarter of what they once were.

And West Coast rock lobster has dwindled dramatically to just 2.5 percent of its original population. 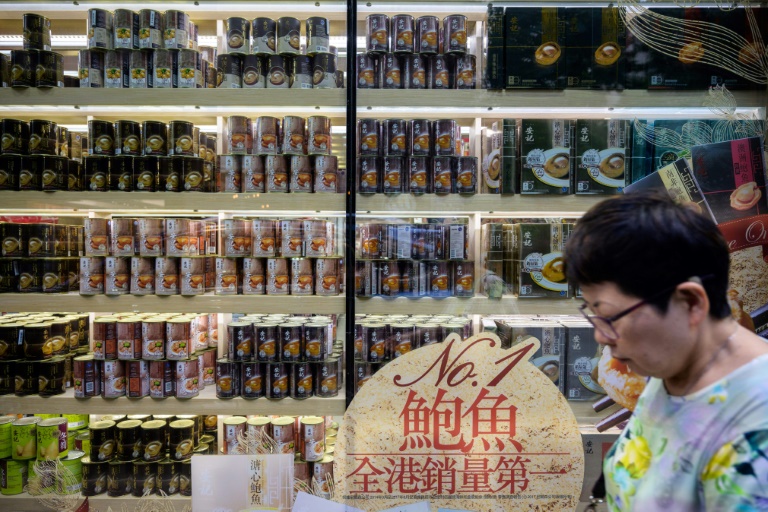 A woman walks past a shop with a window display of tinned abalone products in Hong Kong.

Retail prices in Hong Kong for dried South African abalone vary from $300 per kilogramme to over $10,000, he said.

"It is ultimately being consumed in China because that is where the greatest demand lies," he explained, saying there were huge numbers of people involved in the commodity chain.

"The real issue is that there are thousands of people involved. It just can't be sustainable."

Van Blerk's family live in Hangberg, a poor coastal community on the edge of Hout Bay some 20 kilometres (12 miles) from Cape Town, where abalone and lobster poaching is a rare source of work.

"It's a threat for me also because they are shooting at us now," his cousin said. "But what can I do? I must go on, it's my life. 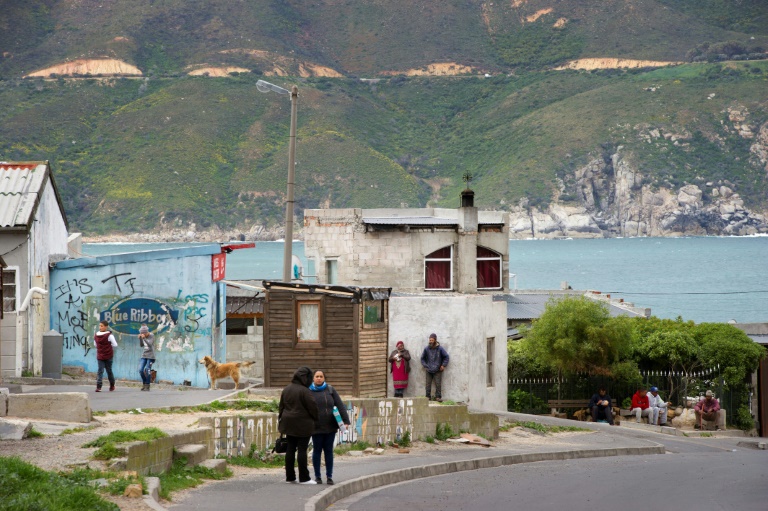 The neighbourhood of Hangberg in the South African fishing town of Hout Bay, shortly after fisherman Durick van Blerk went missing and his family alleges was murdered by a special task force during an anti-poaching operation.

"I lost a cousin, unfortunately, but my life must go on because otherwise, my child will go hungry."

Van Blerk's girlfriend was pregnant when he disappeared, and she has since given birth to a baby girl.

She had waited for him to return at dawn, ready with his regular morning coffee.

But she has heard nothing, and there has been no sign of a body found.

Van Blerk's two fellow crew members who went out with him that night say he was shot during an anti-poaching enforcement operation which left bullet holes in the boat.

They have since filed a criminal case against the authorities for attempted murder.

Khaye Nkwanyana, spokesman for the fisheries department, told AFP investigations were ongoing. He said the task force "should only fire in self-defence".

Community activist Roscoe Jacobs, 32, said local people see poaching as one of the few ways out of poverty.

"You really do it because it's either that, or do I go and rob somebody? It's something that you do at your own risk."

Jacobs defended poaching, saying that "conservation needs to be considerate of people".

The illicit quarry draws divers into a deadly world of gangland violence and international crime syndicates.

In September, South African police seized a truck heading to Botswana carrying 10 kilogrammes (22 pounds) of abalone with an estimated street value of $400,000. 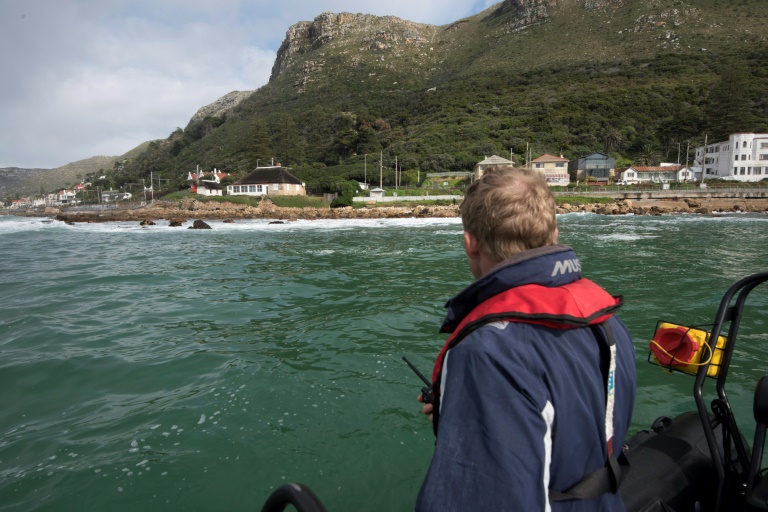 Marine patrol officers look for illegal hunters of abalone which can fetch from $300 per kilogramme to over $10,000.

And last year, Chinese authorities broke up a smuggling ring in the southern city of Guangzhou, which was attempting to shift $115 million in seafood, including abalone.

China's growing middle class has a near insatiable appetite for abalone.

In Shanghai, one infamous restaurant bill recently charged $14,700 for a dish for eight people called "half-headed abalones with frozen sake".

"Middlemen sell it to a syndicate of Chinese buyers," one source with knowledge of the trade told AFP.

"The middlemen make the real money, not the poachers."