The Michelin industry bible has drawn fire for going ahead with its 2021 restaurant awards amid the coronavirus pandemic.

LIFESTYLE NEWS - The Michelin Guide consecrated France's 30th three-star restaurant on Monday as it presented its awards for 2021 against the backdrop of the Covid-19 crisis, which has seen chefs forced to close their doors.

The famous red guide had promised that no three-star chefs would be demoted as the health crisis rages, with food fans unlikely to book tables anytime soon.

Many chefs fear French authorities will keep restaurants closed for several more weeks if not months, following a lockdown last spring and another imposed since October.

As they hemorrhage money, some have pivoted to take-away or deliveries, adapting menus and often cutting prices, while pressing the government to let them reopen as soon as possible. 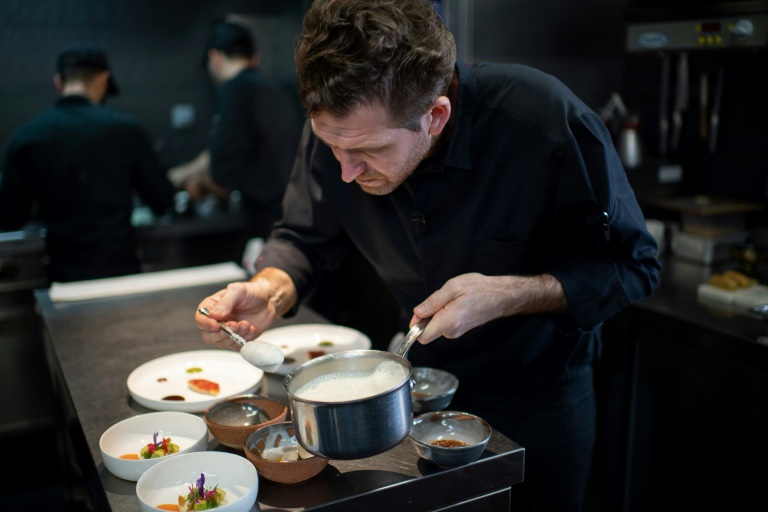 Alexandre Mazzia was the sole recipient of a third star at Michelin's 2021 awards ceremony.

"This year chefs have truly earned it," the industry bible's boss Gwendal Poullennec said after a ceremony broadcast via Facebook from the Jules Vernes restaurant (one star) on the second floor of the Eiffel Tower in Paris.

"It's an occasion to shine a spotlight on all these talents, to encourage them, and to keep restaurant patrons motivated" while waiting for the crisis to pass, he said.

He added that only a handful of stars would be taken away, for restaurants that had closed or changed their dining concept.

Michelin drew fire for bestowing its verdicts - which can make or break a chef after years of efforts - after a brutal year for the industry.

The rival Best 50 list, based in Britain, cancelled its 2020 ranking last year, while France's La Liste said this month that instead of rankings it would honour innovative chefs who have persevered in the face of the pandemic.

Social distancing rules forced Michelin to call off the lavish gala ceremony that was to be held in Cognac, southwest France - the first time it was to be held outside Paris.

Alexandre Mazzia, a former pro basketball player born in the Republic of Congo, saw his AM restaurant in Marseille rewarded with its third star, this year's only new entrant to the upper echelons of French gastronomy.

Eye-popping compositions such as algae popcorn, smoked eel and chocolate, and raspberry sorbet with harissa have made Mazzia a critics' darling since he opened in a residential district of the Mediterranean port city in 2014.

"It's a restaurant that transports you, it's very unique and stands out for all sorts of ways," Poullennec told AFP.

Mazzia burst into tears upon hearing the news, which was applauded by his three-star peers via video link as well as in-person appearances by his former mentors, chef Pierre Gagnaire and the pastry maestro Pierre Herme.

Michelin also noted the success of the "culinary jewels" Mazzia has been offering from a food truck during the pandemic, with meal baskets sold for just 24 euros ($29).

While the truck meals are not profitable despite selling up to 200 a day, "the idea is to not be a victim of this lockdown, to keep your head above water and keep the fire alive - it's like training, even though the game is different," he told AFP last year.

France including Monaco now counts 30 three-star establishments, the most of any country.

And 54 restaurants got their first stars, including this year's young chefs of the year Mory Sacko, who mixes up French, Japanese and Malian flavours in Paris, and Coline Faulquier, who proposes small-portion but wide-ranging tasting menus in Marseille.

Poullennec insisted that inspectors worked double time and even refrained from sacrosanct summer holidays to eat and drink as much as possible when France allowed restaurants to reopen between the spring and autumn lockdowns.

Michelin also brought in inspectors from elsewhere in Europe and even Asia to back up the French team. 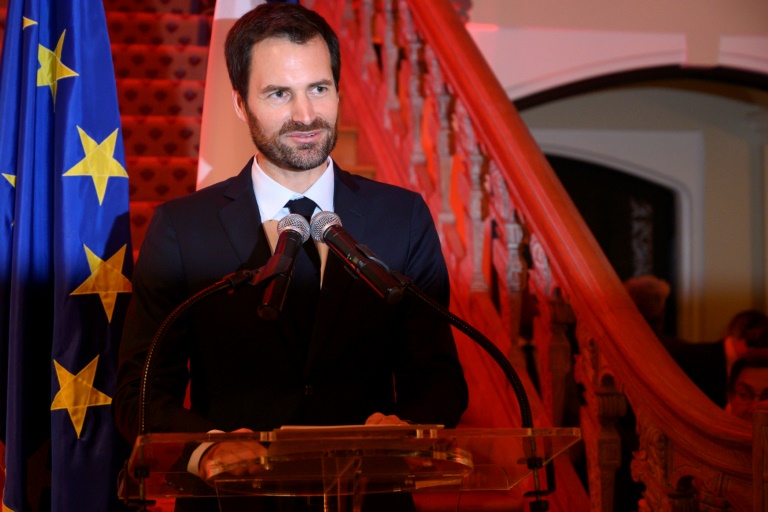 Michelin Guide director Gwendal Poullennec said inspectors had visited as many restaurants as usual despite Covid-19 closures in France.

"This selection has been made with the same serious attention, and inspectors were able to judge as many meals as the previous year," he told AFP ahead of the ceremony.

Poullennec, who took over the guide in 2018, has overseen several choices that have raised eyebrows among chefs and foodies alike.

Last year Michelin shocked industry insiders by downgrading the Auberge du Pont de Collonges - the oldest three-starred restaurant in the world - after the death of its legendary chef Paul Bocuse.

And in January 2019, Marc Veyrat became the first chef to sue the famous red guidebook after it withdrew the third star for his French Alps restaurant La Maison des Bois just a year after it was awarded.

Veyrat, who lost his case, has said he never wants to see a Michelin inspector in any of his restaurants ever again.