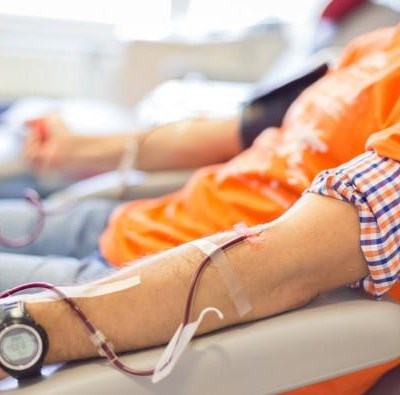 Traveling to a malaria-endemic area could affect your ability to donate blood.
LIFESTYLE NEWS - Holiday suitcases have been unpacked and South Africans are settling into the New Year.
Many are getting back into their work and school routines and some have visited a nearby donor centre to make their first donation for 2017.
SANBS appreciates its dedicated donors and is cognisant of the fact that many travelled to malaria-endemic areas over the holidays which could affect their ability to donate blood for several weeks after their return.

Malaria endemic areas
The life-threatening disease is endemic to some parts of South Africa like North KwaZulu-Natal and the Lowveld areas of Mpumalanga. Neighbouring high-risk countries include Swaziland and Mozambique which are popular holiday destinations.

According to the World Health Organisation, Sub-Saharan African countries accounted for 90 and 92 percent of global malaria cases and deaths respectively in 2015. In South Africa 10 000 cases of malaria are detected annually.

Blood donor screening
Malaria is among the infectious diseases that SANBS prioritises in the screening process as it is transmitted from infected individuals through blood transfusions and infected needles. The outcome for those infected can be deadly therefore SANBS has adopted stringent procedures to curb its transmission.

The organisation conducts comprehensive interviews to obtain information from donors thus reducing the risk of malaria-infected blood passing through the system.

These interviews form part of an integrated screening process which includes extensive laboratory testing of blood to prevent the transmission of malaria and other infectious diseases commonly found in South Africa, namely HIV, Hepatitis B and C and syphilis.

SANBS Marketing Manager Silungile Mlambo emphasises the importance of donors answering the self-exclusion questionnaire accurately: “We encourage donors to give us as much information as possible when answering the self-exclusion questionnaire as this is the first step in the blood collection process that enables us to safeguard the nation’s blood supply to the best of our ability,” says Ms Mlambo.

Malaria-related exclusion criteria include:
The guidelines are slightly different for donors who grew up in malaria areas outside South Africa and now live in the country.
Read more on All4Women.