Carola Rackete has swapped her captain's hat for yellow waterproofs as she wades through the mud in the Dannenrod forest in central Germany, surrounded by ancient oak trees.

LIFESTYLE NEWS - Eighteen months ago, German ship captain Carola Rackete was hailed a hero by refugee campaigners after she defied the authorities by steering a migrant rescue vessel into the port of Lampedusa.

Today, Rackete has swapped her captain's hat for a set of yellow waterproofs as she wades through the mud in the Dannenrod forest in central Germany, surrounded by ancient oak trees.

The 32-year-old has been occupying the protected area in Dannenrod along with a group of environmental activists since late September in a bid to prevent the felling of trees to build a section of motorway.

She is still sporting her signature dreadlocks, tied back in a bun, and she still has the same air of calm determination.

"This is civil society saying, 'That's enough,'" she says, pointing to treehouses more than 10 metres (32 feet) high that protesters have built.

Dozens of activists are occupying them to prevent authorities from clearing the land.

"There are hundreds of road construction projects (in Germany)... It doesn't make sense in the context of the climate crisis," adds Rackete. 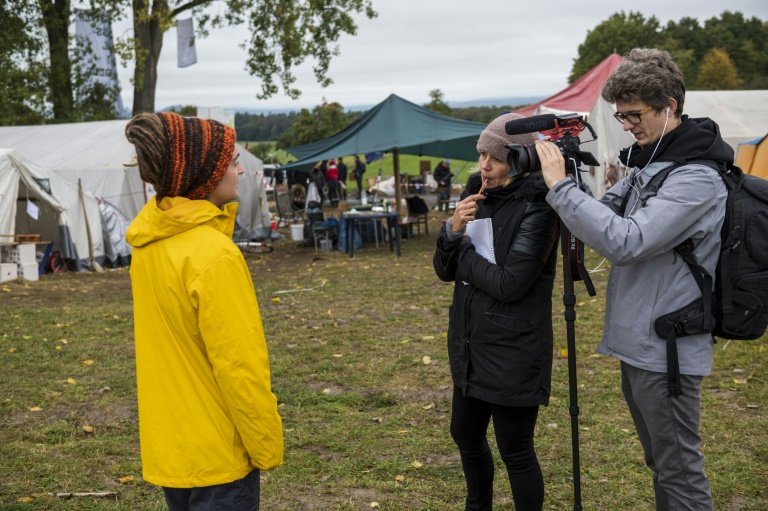 Sleeping in a tent doesn't faze Carola Rackete, despite the chilly weather.

Captain Europe
Rackete spent three days in prison after sailing the Sea Watch 3 into the port of Lampedusa on June 29, 2019, with 43 migrants rescued in the Mediterranean on board.

Matteo Salvini, Italy's far-right former Interior Minister, called her a "troublemaker" and a "criminal", and she faced a fierce backlash from the residents of Lampedusa.

But she was dubbed "Captain Europe" by the German media and lauded in some quarters for championing the rights of migrants. 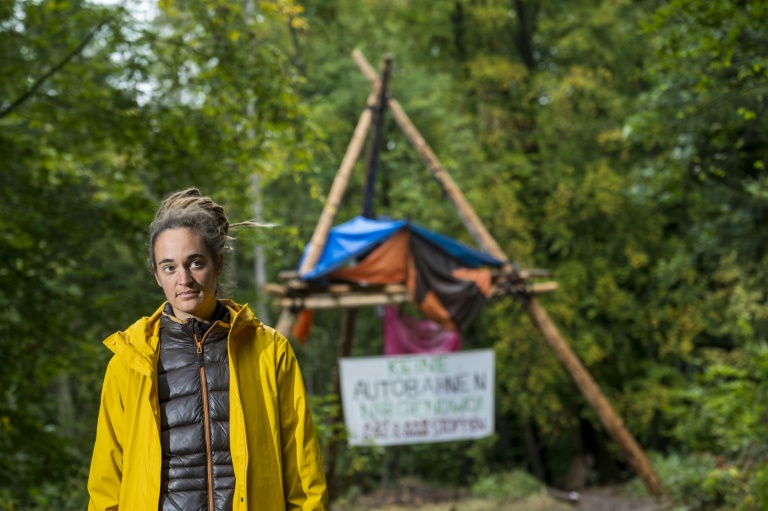 Carola Rackete has not had a fixed address for nine years and survives on just a few hundred euros a month in a bid to live as frugally as possible.

Rackete also has a history as an environmental campaigner.

After initially training in maritime navigation in Germany, she obtained a master's degree in conservation in Britain and has previously worked for Greenpeace.

Sleeping in a tent doesn't faze her, despite the chilly weather: Rackete has not had a fixed address for nine years and survives on just a few hundred euros a month in a bid to live as frugally as possible.

"We need a moratorium on all infrastructure projects" if we are to have any hope of meeting the objectives of the Paris climate agreement and address the "dramatic" climate crisis, she says.

Rackete has been closely following the effects of global warming since her first mission as a navigator in 2011 on board the Polarstern ship, which has just completed the world's largest exploration mission to the North Pole.

It was a formative experience for her. "You can really see the climate crisis with your own eyes," she said, including the gradual melting of the summer sea ice. 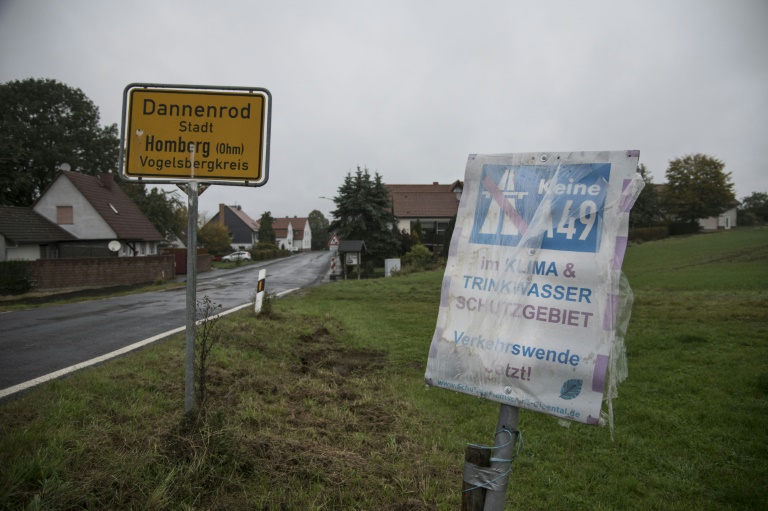 Activists are camped in the forest in a bid to prevent the felling of trees to build a section of motorway.

Despite a lack of trust in politicians to adopt "effective" environmental policies, Rackete nevertheless believes it is important to vote. For her, abstention serves the interests of the extreme right.

She speaks with the kind of matter-of-fact directness typical of northern Germans - but becomes animated when anyone refers to her as "the voice of migrants".

"This is rubbish! How can I represent all these people when I don't belong to their group?" she says, pointing out that although she has carried out several missions in the Mediterranean since 2016 for Sea Watch, she is not a member of the NGO.

Refugees "don't need a heroine figure who gets thrown into the spotlight", she says.

She has not been back at the helm of a humanitarian ship since the Lampedusa incident. "Even if I wanted to, I couldn't," she says, pointing out that many NGO boats have been prevented from operating because of alleged technical problems or defects.

"The EU learned a lot from my incarceration last year," she says sarcastically.