"My work is to show a wide audience that makeup isn't about looking like a brightly painted escort -- it's about looking the way you want and showing that you have a choice, whatever you do in life," Gevorg says.

LIFESTYLE NEWS - Gevorg brushes mascara onto his already long, dark lashes before dabbing highlighter above his cheekbones and checking the results in a mirror of a central Moscow salon.

The 26-year-old is one of a growing number of young men in Russia who are offering makeup tutorials and beauty advice online - a practice that is not only boosting their profiles and bank balances but also challenging the conservative country's strict gender norms.

"I feel that my work is a 'fun' education that helps people develop in a different way," says Gevorg, who goes by just his first name online.

He began offering tips on the internet several years ago while working in a beauty store and finding many of his female customers had a limited idea about what they could do with the products.

The silver-haired blogger keeps his audience updated with regular Instagram posts and a couple of YouTube videos a week, in which he answers questions from viewers and discusses his latest purchases.

Across the two platforms Gevorg has more than 250,000 followers and subscribers, many of them young women, and earns a living not just from sponsored posts but also in-person makeup workshops in cities across Russia.

"My work is to show a wide audience that makeup isn't about looking like a brightly painted escort - it's about looking the way you want and showing that you have a choice, whatever you do in life," he says.

Male beauty blogging is a global phenomenon that has exploded in popularity in recent years - spawning US stars such as James Charles and Jeffree Star, with some 15 million YouTube subscribers each - and is tied in with major brands like MAC and Maybelline hiring men to front campaigns.

But in Russia, where LGBT activism is all but illegal under a controversial "gay propaganda" law, and politicians are more likely to praise women's beauty than champion gender equality, the trend has a particular significance.

Gevorg admits he found it hard to deal with aggressive online comments when he first started posting about beauty products, which often targeted his Armenian background. 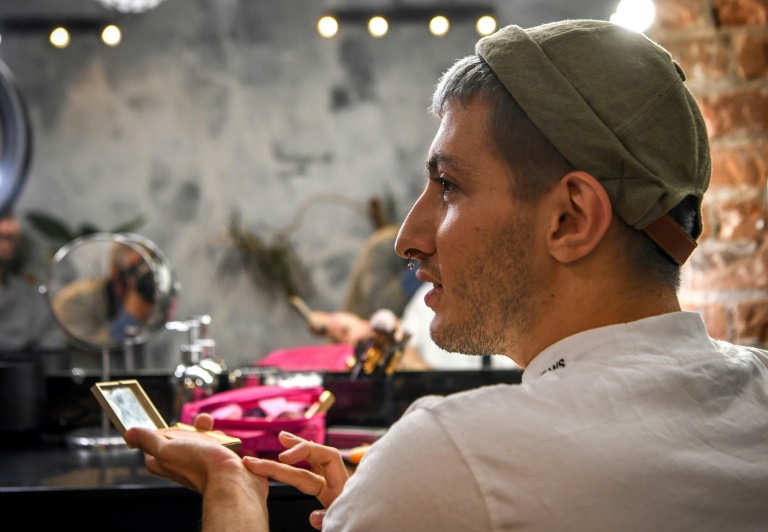 Gevorg admits he found it hard to deal with aggressive online comments when he first started posting about beauty products, which often targeted his Armenian background .

"They said that in Armenian culture you can't look like that, it's not moral," says the blogger.

"I used to try to engage with people... now I just hit the block button and it doesn't bother me anymore."

Despite his bright online presence, the stylist says he avoids problems in the street by wearing neutral makeup or none at all.

Other top Russian beauty bloggers have reported harassment online and off.

Igor Sinyak, who has more than 400,000 Instagram followers, was this year threatened by a group of young people as he was leading a masterclass in a store in the industrial city of Chelyabinsk, some 2,000 kilometres (1,200 miles) east of Moscow.

Videos released on YouTube showed security ushering him out of the building.

Sergey Naumov, a 27-year-old whose popular Instagram show sees him copy the makeup of an invited guest, agrees his clips could come as a "shock" to many in the country.

A native of Chelyabinsk, Naumov moved to Moscow as a teenager and found work as a makeup artist, later launching an eponymous line of beauty products which he promotes through his account.

While his videos are intended mainly as entertainment, the entrepreneur hopes they are also expanding Russians' ideas about what men are allowed and able to do. 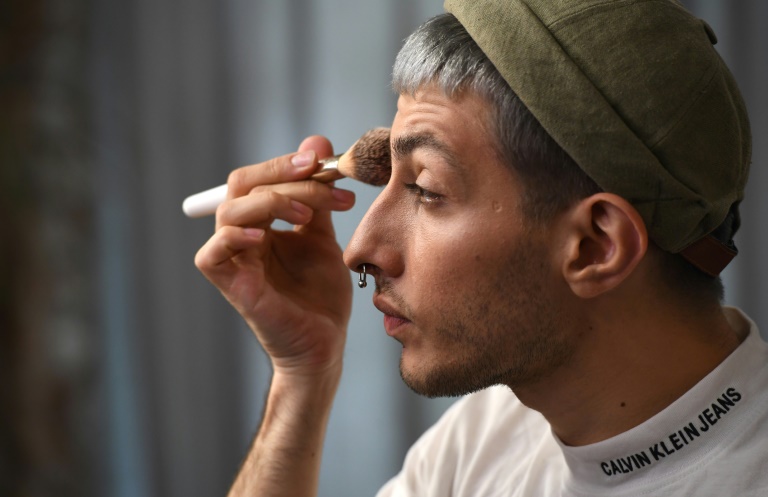 "I feel that my work is a 'fun' education that helps people develop in a different way," says Gevorg, who goes by just his first name online.

"I don't think the problem's so much that Russia is a naturally conservative country, more that for such a long time there was the Soviet Union," Naumov says, an era when conformity was encouraged or enforced.

"You have to wait for people to become more open, more receptive to new ideas and that is quite a difficult thing," he adds during an interview in GUM, the Soviet-era department store on Red Square that has since turned into a high-end shopping destination.

"But it's exactly shows like mine, like Andrei Petrov's, like Gevorg's, that do make people a bit more tolerant, not towards gays per se, but towards guys who wear makeup - it shows that it's normal."

Sergey Ostrikov, who makes a claim to being the first male beauty blogger in Russia 12 years ago, says Russians are already much more open than they were to content like his.

"There was a lot of aggression towards me at the very start," recalls the 31-year-old from the Siberian city of Abakan, who now manages two of his own cosmetics brands. 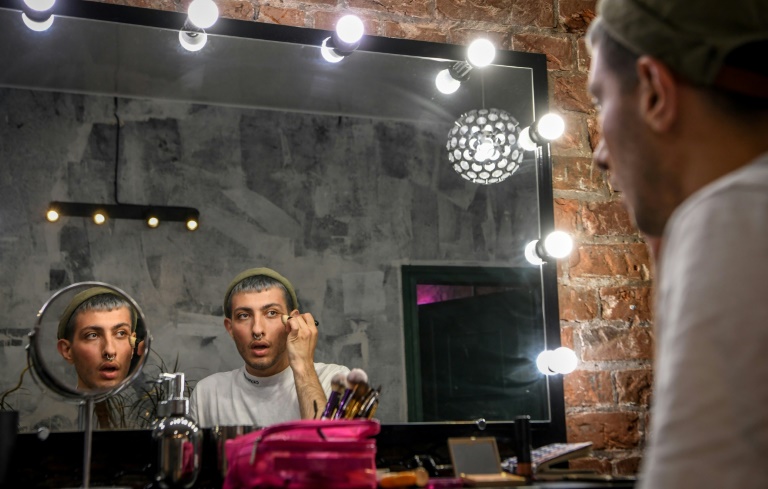 The phenomenon of male beauty blogging has "undoubtedly" helped the LGBT community in Russia, Gevorg says.

"Most of it came from women - they were saying, 'How dare a man get involved in this area that was purely feminine'."

The phenomenon of male beauty blogging has "undoubtedly" helped the LGBT community in Russia, he added.

"Now there's a new 'digital native' generation who have seen stuff like this from their childhoods - they take it all very calmly. Everything's changed in the last decade and it's all got easier."