1-in-3 young children undernourished or overweight

A child prays before eating at the Kapuy Foundation shelter which supports children abandoned, or with serious health problems, including undernourishment in Venezuela.

LIFESTYLE NEWS - A third of the world's nearly 700 million children under five years old are undernourished or overweight and face lifelong health problems as a consequence, according to a grim UN assessment of childhood nutrition released Tuesday.

"We are losing ground in the fight for healthy diets."

Problems that once existed at opposite ends of the wealth spectrum have today converged in poor and middle-income countries, the report showed.

Despite a nearly 40 percent drop from 1990 to 2015 of stunting in poor countries, 149 million children four or younger are today still too short for their age, a clinical condition that impairs both brain and body development.

Another 50 million are afflicted by wasting, a chronic and debilitating thinness also born of poverty. 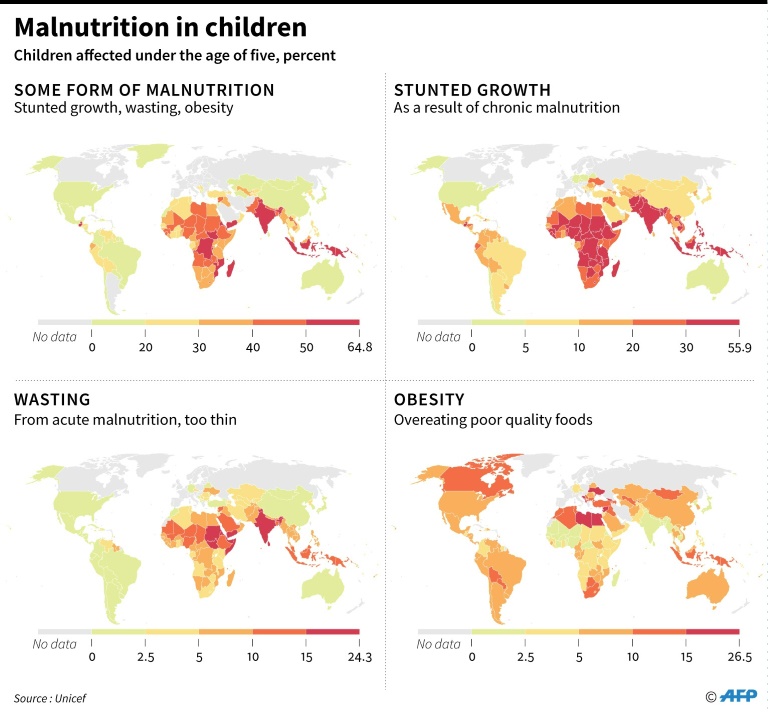 At the same time, half of youngsters across the globe under five are not getting essential vitamins and minerals, a long-standing problem UNICEF has dubbed "hidden hunger."

Over the last three decades, however, another form of child malnutrition has surged across the developing world: excess weight.

"This triple burden - undernutrition, a lack of crucial micronutrients, obesity - is increasingly found in the same country, sometimes in the same neighbourhood, and often in the same household," Victor Aguayo, head of UNICEF's nutrition programme, told AFP.

"A mother who is overweight or obese can have children who are stunted or wasted."

Across all age groups, more than 800 million people in the world are constantly hungry and another two billion are eating too much of the wrong foods, driving epidemics of obesity, heart disease and diabetes.

Among children under five, diet during first 1,000 days after conception is the foundation for physical health and mental development. 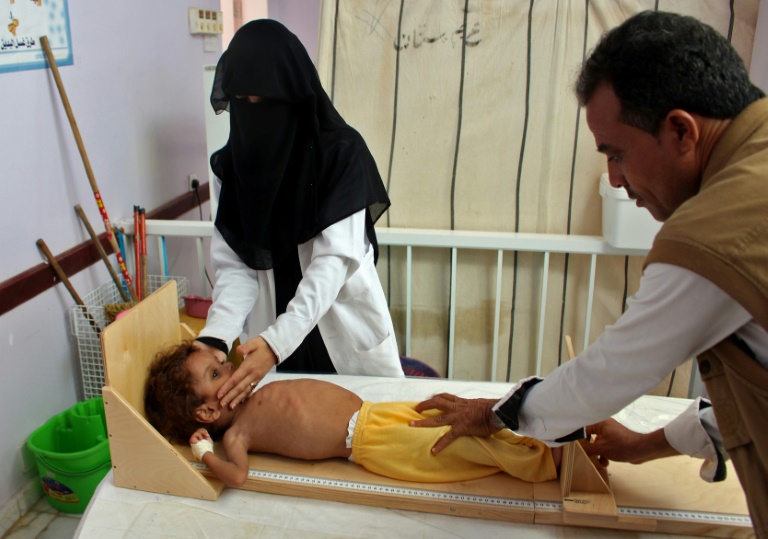 A Yemeni child suffering from severe malnutrition is measured at a treatment centre in a hospital in Yemen's northwestern Hajjah province.

And yet, only two-in-five infants under six months are exclusively breastfed, as recommended. Sales of milk-based formula have risen worldwide by 40 percent, and in upper middle-income countries such as Brazil, China and Turkey by nearly three-quarters.

Missing vitamins and minerals, meanwhile, can lead to compromised immune systems, poor sight and hearing defects. A lack of iron can cause anaemia and reduced IQ.

"It's 'hidden' because you don't notice the impact until it is too late," Brian Keeley, editor-in-chief of report, told AFP. 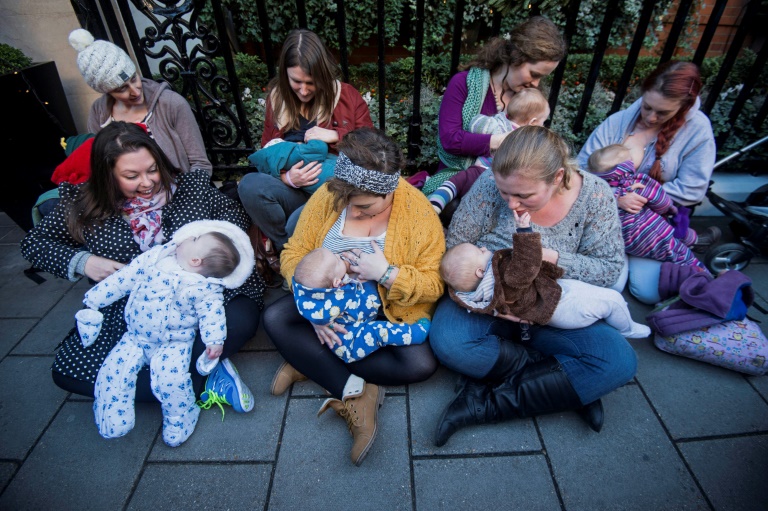 Only two-in-five infants under six months are exclusively breastfed, as recommended, UNICEF says in the Fund's first State of the World's Children report since 1999.

"You don't notice that the child is running a little slower than everyone else, struggling a bit in school."

The rise of obesity, however, is plain to see.

The problem was virtually non-existent in poor countries 30 years ago, but today at least 10 percent of under five year olds are overweight or obese in three-quarters of low-income nations.

"There needs to be a focus on obesity before it is too late," said Keeley. "Unless you deal with it in a preventative way, you're going to struggle to fix it later on."

Cheap, readily available junk food, often marketed directly to kids, has made the problem much worse.

"Children are eating too much of what they don't need - salt, sugar and fat," Keeley added.

Progress in fighting undernourishment will also be hampered by climate change, the report warned.

A single degree Celsius of warming since the late-19th century has amplified droughts responsible for more than 80 percent of damage and losses in agriculture.

Earth's average surface temperature is set to rise another two or three degrees by 2100. 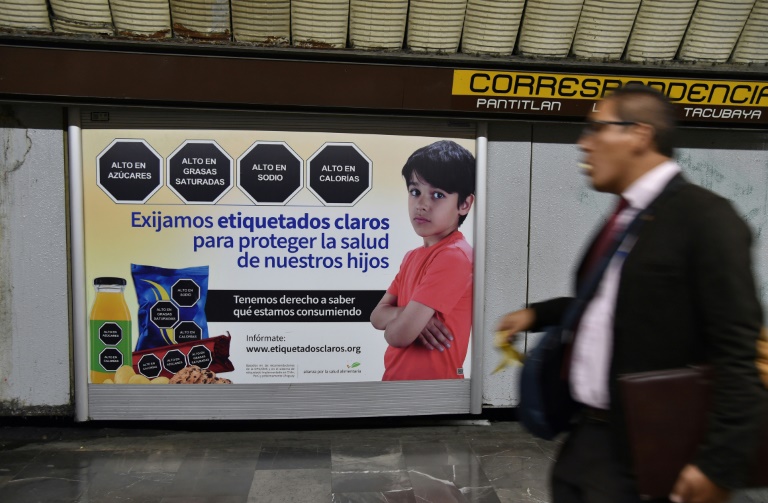 A subway poster in Mexico City talks about food labeling as the Mexican Congress discusses changes in the labeling of "junk food".

Research by scientists at Harvard University, meanwhile, have shown that the increased concentration of CO2 in the air is sapping staple food crops of those essential nutrients and vitamins, including zinc, iron and vitamin B.

"The impacts of climate change are completely transforming the food that is available and that can be consumed," Aguayo said.

Making sure every child has access to a healthy diet must become a "political priority" if widespread malnutrition is to be conquered, especially in developing countries, the report said.

Taxes on sugary foods and beverages; clear, front-of-package labelling; regulating the sale of breast milk substitutes; limiting the advertising and sale of 'junk food' near schools - these and other measures could make a difference, it concluded.

"The way we understand and respond to malnutrition needs to change," said Fore.

The recent rise of awareness about the danger of global warming is instructive, the authors said.

"Just as we have organised a movement around climate change, we need to mobilise civil society," said Aguayo. "If our children are not fed healthy diets, we are putting a huge question mark on the future of our societies."