Prince Harry and his wife Meghan are expected to show their new baby off to the world on Wednesday.

INTERNATIONAL NEWS - Britain's Prince Harry and wife Meghan will show their baby son off to the world on Wednesday amid fevered suspense for British royal watchers desperate for a glimpse.

A visibly relieved Harry, 34, announced on Monday the arrival of the couple's firstborn, who will be seventh in the line to the British throne.

The mother and proud father, who said his son was "absolutely to-die-for", will release a photograph of their new arrival later Wednesday.

The couple announced the birth of the seven-pound, three-ounce (3.26-kilogram) baby - "It's a BOY!" - to their 6.5 million followers on Instagram.

Prince Charles, on a visit to Germany on Tuesday, said he was "obviously delighted"and "impatient" to see his fourth grandchild.

The heir to the British throne, speaking in German, said he would see the baby "in the coming days when things are calmer".

Crowds gathered outside Windsor Castle, west of London, on Monday and Tuesday to wish them well. 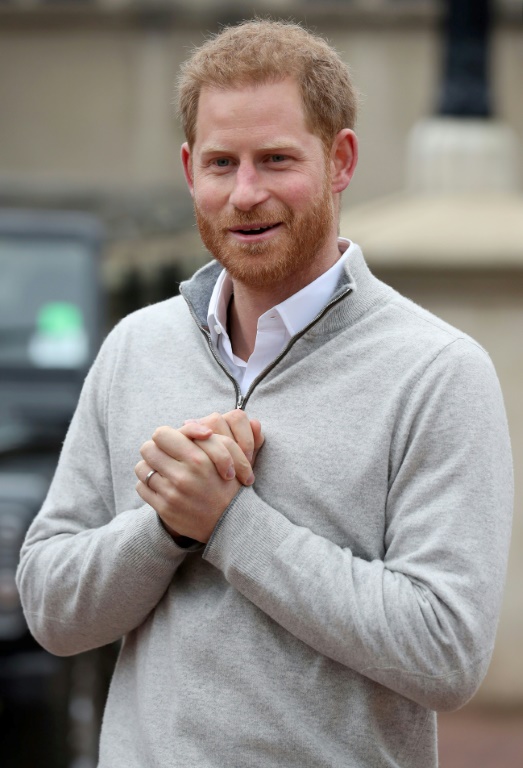 It was a rare piece of good news for a nation consumed by the endless Brexit drama, giving a chance to celebrate royal traditions - this time with a young American twist.

"I want to see how he'll look. As Meghan is mixed race, I'm curious", said Zahra Kibue, 34, who lived in Kenya before moving to England a few years ago.

Former US TV star Meghan, 37, has created a fresh buzz around the century-old House of Windsor, but has also made waves with her modernising ways.

She raised eyebrows by closing her own car door - a task usually performed by aides - and has ignored tradition by keeping the birth private and well away from the prying media's eyes. 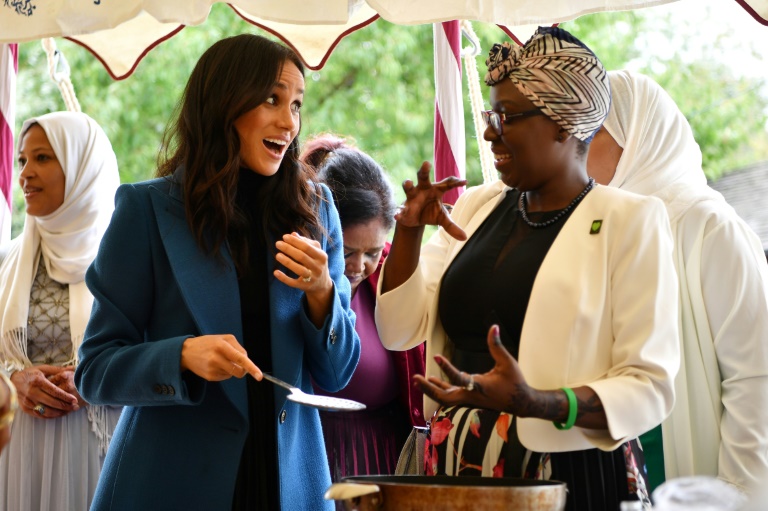 Former US TV star Meghan, Duchess of Sussex,has created a fresh buzz around the House of Windsor.

'Crazy' name speculation
Most UK media assumed that Meghan had opted for a home delivery, but The Daily Mail reported that those plans were "dashed as she was secretly whisked to a London hospital on Sunday by Harry and his Scotland Yard security team". 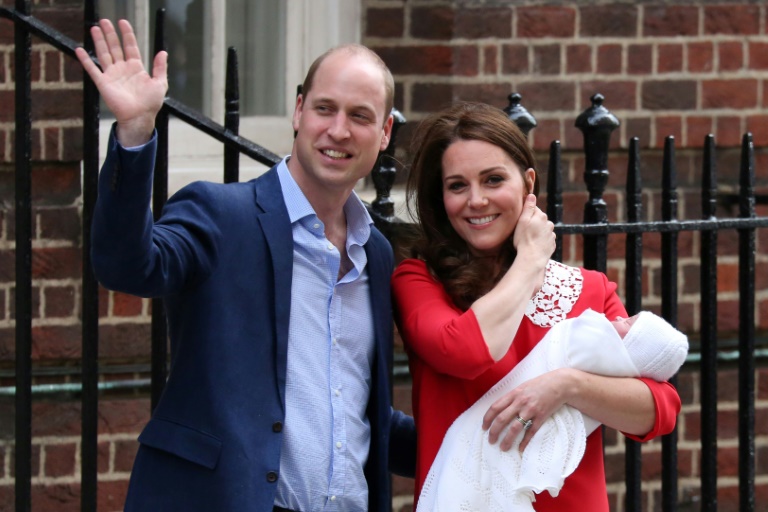 Either way, Harry's brother William, two years his senior and with three children of his own, offered cautious words of congratulation.

"I'm very pleased and glad to welcome my brother to the sleep deprivation society that is parenting," William said with a grin.

The remaining suspense revolves around what the new arrival will be called, with bookies busy for months before the birth.

"It's been crazy," Amy Jones, a spokeswoman for Paddy Power bookmakers, told AFP.

"Now that the baby has arrived, everyone is backing the name Alexander."

UK royal names are normally chosen from a relatively restricted pool of those used by past kings and queens.

Crowds of wellwishers gathered outside Windsor Castle on Tuesday.

But Meghan and Harry, the Duke and Duchess of Sussex, are anything but normal royals.

"Meghan Markle and Prince Harry to choose UNUSUAL name for baby that UNIFIES the US and UK," The Daily Express wrote, sparking a wild guessing game on Twitter filled with puns and jokes.

Perhaps only half in jest, bookies were offering 250-1 odds on the boy being named Donald, in honour of US President Trump.