Samsung avoided unionisation of its employees for almost 50 years.

INTERNATIONAL NEWS - Under the watchful gaze of Samsung Electronics security personnel, health and safety staffer Ko Jee-hun stood outside his semiconductor plant, handing out leaflets touting the benefits of joining a trade union.

For almost 50 years the firm avoided unionisation of its employees - sometimes adopting ferocious tactics according to critics - while rising to become the world's largest smartphone and semiconductor manufacturer.

It is the flagship subsidiary of the giant Samsung Group, by far the biggest of the family-controlled conglomerates, known as "chaebol", that dominate the world's 11th-largest economy.

But last week local authority officials in Suwon, where the chipmaker is headquartered, certified the National Samsung Electronics Union.

It is affiliated to the powerful Federation of Korean Trade Unions umbrella group (FKTU), and analysts say the move could spell trouble down the line for the firm.

Ko is the union's deputy general secretary. "What's at stake here is more than wages," he said as he mounted a recruitment drive this week.

"We demand communication and to have our voices heard. Because we are not just components."

The leaflets he handed out showed a series of cartoon characters complaining about issues from holidays and lunch breaks to forced early retirement and unexplained bonus reductions.

"The real union has arrived," it proclaimed, with a link and QR codes for employees to sign up. 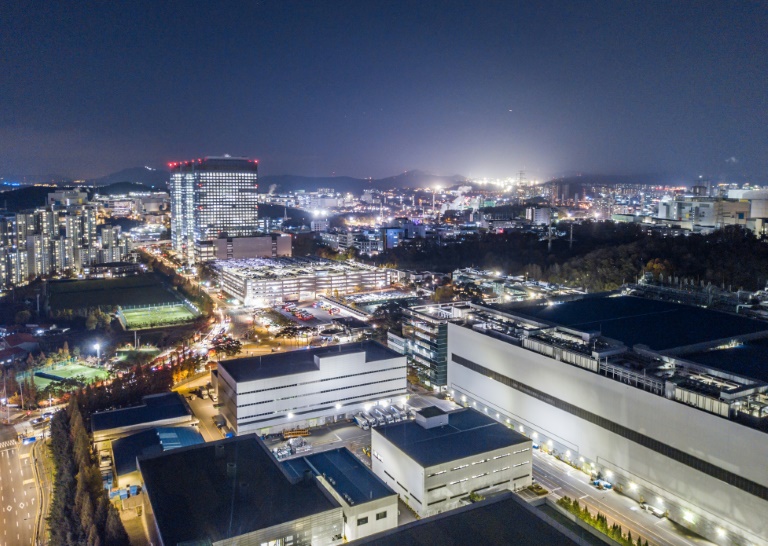 Samsung Group is by far the biggest of the family-controlled conglomerates in South Korea.

The security guards would not let him stand directly outside the factory gate in Hwaseong, about 50 kilometres (30 miles) south of Seoul, forcing him to take up a position at the next intersection - but almost all passers-by took a copy.

"The fight has just only begun," Ko told AFP.

Ahead of its formal establishment the union registered 400 expressions of interest from Samsung Electronics employees, the FKTU says.

The new group has set itself a goal of signing up 10,000 members - almost 10 percent of the workforce - which analysts say could see it demand a right to collective bargaining.

Samsung's founder Lee Byung-chul, who died in 1987, was adamantly opposed to unions, saying he would never allow them "until I have dirt over my eyes". 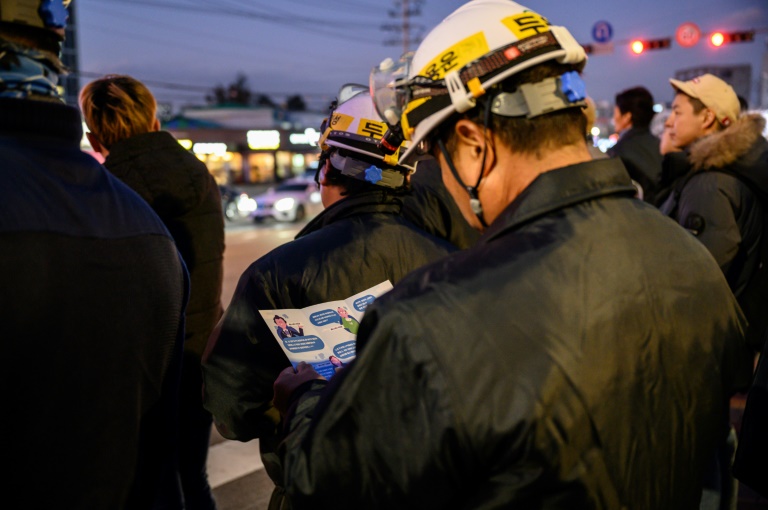 Three unions were set up at Samsung last year, but none of them had the backing of a bigger federation and fizzled after attracting only a handful of members.

"To avoid claims of unfair labour practices, dismiss key organisers before the launch of a union," it read, among other recommendations.

But organisers have seized the opportunity presented by the left-leaning government of President Moon Jae-in - a former rights lawyer who represented trade unions - and controversy around the bribery trial of the company's vice-chairman Lee Jae-yong, the founder's grandson.

It also faces challenges from the US-China trade war and export restrictions imposed by Tokyo on key supplies as part of a dispute with Seoul over wartime forced labour.

"The level of repression is much weaker now than before," said the union's Ko. "I think the company is being cautious over possible repercussions."

Samsung's share price soared in 2016-7 and a staffer who asked to be identified only as Kim welcomed the union's establishment personally, hoping for higher year-end bonuses and other benefits.

But the global chip market has since seen a prolonged downturn and Kim also feared the union's possible impact when even small production delays "could result in a significant loss of market share".

"Waging a collective strike could be fatal," he added.

Samsung Electronics' no-union policy was "anachronistic", but it could now end up following "in the footsteps of Hyundai Motor embroiled in strikes every year", the Korea Times warned in an editorial.

"With the labour union, it could find it much harder to carry out large investments with finances diverted to pay for increased wages," he said.

Three unions were set up at Samsung last year, but none of them had the backing of a bigger federation and fizzled after attracting only a handful of members.

Samsung needed to move with the times and acknowledge that standards had changed since its founder's time, said Chun Soon-ok, a labour campaigner and former MP whose brother burned himself to death in 1970 in protest at brutal working conditions in the textile industry.

In the past, unions and management "saw each other as competitors to knock down in a boxing ring", she said. "But the 21st century requires them to dance together in partnership."