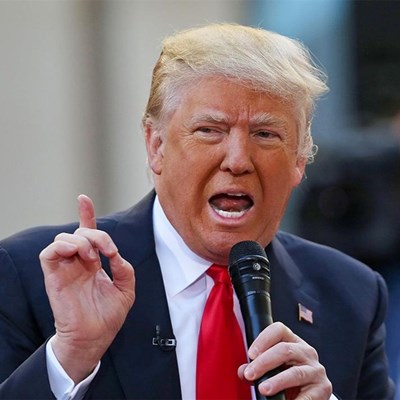 Donald Trump.
INTERNATIONAL NEWS - Donald Trump has arrived in Washington - and he's going to be here for at least four years.

The reality of the moment, that the real estate mogul and reality show star will recite the oath of office Friday, is finally taking hold.
At noon Friday, the most divisive campaign in recent history - and a similarly contentious transition period, marked by Trump's attacks on Rep. John Lewis, a civil rights icon, and dozens of House Democrats saying they'll boycott Trump's swearing-in over it - reaches its end.
Trump's brash statements about ISIS, his cozy relationship with Russia and his criticism of NATO have the world bracing for a new type of American president.
But before all that, Republicans and Trump's still-growing staff are set for a celebration. Trump and Vice-President elect Mike Pence go through the ceremony at the Capitol at noon, followed by a parade up Pennsylvania Avenue - and past Trump's new hotel - to be followed by a weekend of balls and an anticipated flurry of new executive actions Monday.
Speaking at a pre-inauguration concert Thursday night at the Lincoln Memorial, which featured performances by Lee Greenwood, Toby Keith and 3 Doors Down, Trump told the crowd he vowed to be a president "for all our people."
Read more on CNN.