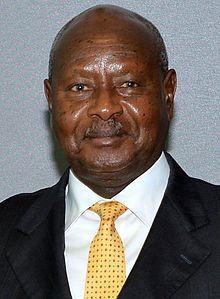 Crispy Kaheru, a coordinator for the Citizens Coalition for Electoral Democracy Uganda (CCEDU) attended the debates and said it showed an important shift in how citizens were encouraging political dialogue in Uganda, reported the Voice of America (VOA).

“Uganda is one of those countries where the culture of debate is not deeply entrenched. And seeing us making baby steps in that direction is very much encouraging,” said Kaheru.

“And beyond a debate of this nature, I think it lays a foundation for dialogue processes to happen post the election, which is important for this country,” reported VOA.

However, Dr Kizza Besigye, the leader of the Forum for Democratic Change (FDC), Uganda’s largest opposition group was arrested on Monday by police, ANA reported.

FDC spokesperson Semujju Nganda said Besigye had been arrested as he was about to attend scheduled rallies in Kampala’s business district.

“We wanted to have a rally at Nakivubo Stadium but police blocked us. This has left us with no choice but to address voters on the streets and roads,” said Nganda.

The police, however, denied to the BBC that Besigye had been “arrested”, but had merely been “held for disobeying traffic directions”.

He was later released.

Ugandan President Yoweri Museveni, 71, who is running for a fifth term in office and has been in power for 30 years, declared all public places in Kampala Central a no-go area for the opposition.

Both local and international media reports during the last few weeks, have cited intimidatory behaviour by Ugandan security forces, charges Museveni and his supporters deny.

Reuters reported earlier in February that Uganda had bought extensive riot gear ahead of Thursday’s election, a move police said was to bolster security during the voting.

“The anti-riot gear will have an intimidating effect. It’s going to be difficult to convince us that these things have been bought for legitimate security concerns,” she said.

Last month, police chief Kale Kayihura provoked public outrage after he was quoted in a local newspaper telling a civilian anti-crime force to prepare for “war” after the coming election.

“Crime preventers” are a volunteer force of civilians recruited and managed by police to report on and prevent crime in cooperation with the police and communities,” said the organisations.

“In practice, crime preventers are strongly affiliated with the ruling National Resistance Movement (NRM) party. Its members have acted in partisan ways and carried out brutal assaults and extortion with no accountability.”

Official statements indicate that the program is vast and that recruitment rapidly increased in the months leading up to the official start of the presidential campaign period in November 2015.

Museveni, and a number of other senior Ugandan government officials, were photographed at a number of crime preventers’ graduation ceremonies.

“With the elections just weeks away, suspending crime preventers is critical for preventing violence during the electoral period and showing the country’s commitment to non-partisan policing and respect for human rights,” Amnesty and FHRI stated in the report.

The president’s two major rivals, Besigye and Amama Mbabazi, a former prime minister and secretary general of the ruling party, have both attracted large crowds and analysts say Museveni faces his toughest challenge yet, explained Reuters.

“Recent events in Uganda serve as a cautionary tale about democracy’s fragile condition in the east African nation,” said Patrick Basham, the director of the Democracy Institute in Washington DC.

“When the president’s strongest electoral challenger is subjected to arbitrary arrest, little doubt remains that the ruling cabal feels the political plates shifting beneath its feet, but is disinclined to lose its footing or its elevated position,” said Basham.

However, Basham was referring to the arrest of Mbabazi in Kampala as he was travelling to meet with supporters of his nascent presidential campaign, and the article appeared in the “Huffington Post” in an article in 2015.

Read more about: Uganda moves towards democracy challenged by authorities as country prepares for elections