The Indian artist drawing portraits with a typewriter

INTERNATIONAL NEWS - Clickety-clack, clickety-clack, ding rings out from a home in India's Mumbai where Chandrakant Bhide is creating his latest artwork - on a typewriter.

The 72-year-old thumps the keys of the bulky, manual machine to draw portraits of famous people, all bearing an unmistakeable resemblance to their subject.

From politicians and film stars to cricketers, animation characters and religious symbols, Bhide has produced around 150 pieces of typewriter art over the past half century.

"I have done many personalities like Mahatma Gandhi, Jawaharlal Nehru, Indira Gandhi, Charlie Chaplin, Laurel and Hardy. This is my hobby, my passion," he tells AFP.

Bhide has held 12 exhibitions of his work and become something of a local celebrity since discovering his unique talent in the late 1960s while employed as a bank clerk.

As a young man he had wanted to go to art school and become a commercial artist but his family was unable to afford the costs so he trained in stenography instead.

Bhide was working in the administrative department of Union Bank of India when in 1967 his boss asked him to type up a list of staff intercom numbers.

"I typed it in the form of a telephone itself. When I saw it I thought, 'This is fantastic, I can make art through this medium.' Everybody seemed to like it too," he recalls.

He then began to experiment with other keys - including "w", dash, asterisk, ampersand and percentage sign - progressing to create portraits of celebrities from India and abroad.

While Bhide takes only 15 minutes to draw Ganesha, several hours are required to complete a famous face in what is a painstaking process.

No delete key
With steely focus he uses his left hand to grip the knob that controls the platen - the roller that feeds the paper through - as he taps the keys with his right index finger.

He stops every so often to change the angle of the page before typing again.

Sometimes he'll flick the colour-change lever from black to red or vice-versa and he'll glance down regularly at the photograph he is working off to make sure he hasn't made an error. 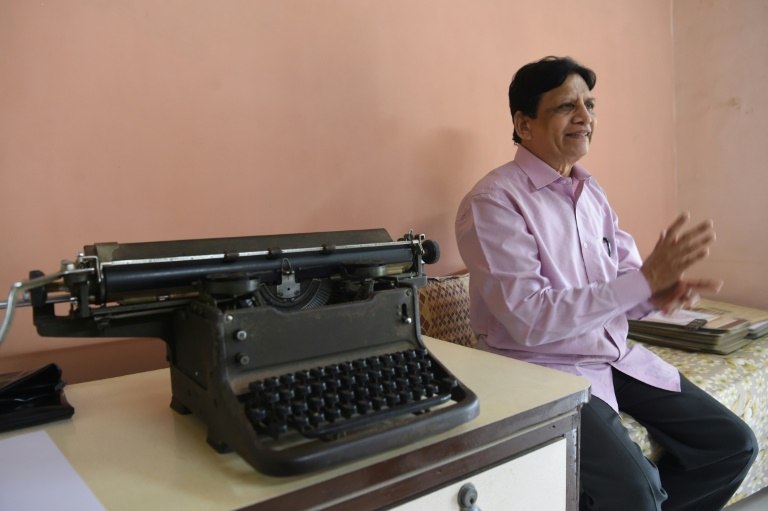 Indian artist Chandrakant Bhide creates portraits of famous figures from the world of cricket to Bollywood and politics -- all on his typewriter.

"Typing requires dedication and concentration. If you put one stroke in the wrong place then you have to start again.

"It's not like a computer where you can delete. Many times I've made mistakes and had to start again," says Bhide.

The septuagenarian has drawn several Indian actors over the years including Amitabh Bachchan and Dilip Kumar as well as American cartoon characters like Mickey Mouse and Archie.

Cricketers feature heavily, such as Brian Lara and Sachin Tendulkar, whose famous curly hair Bhide recreated with hundreds of "at" symbols used in email addresses.

Bhide, who doesn't sell his artwork or take orders, has been featured in several Indian newspapers and has been able to show his portraits to many of the Indian stars he has drawn. 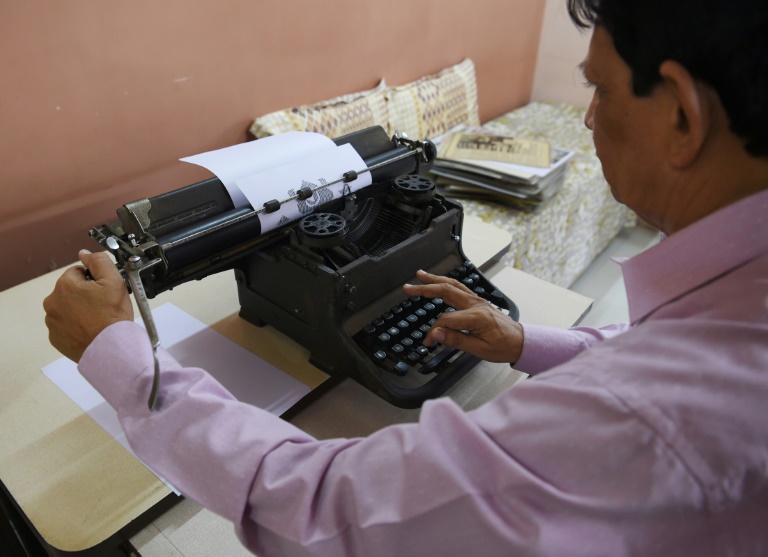 The septuagenarian has drawn several Indian actors over the years including Amitabh Bachchan and Dilip Kumar as well as American cartoon characters like Mickey Mouse and Archie.

All of his works have been produced on the same Halda typewriter he used for the 30 years that he worked at Union Bank. The bank gifted it to him for one rupee when he retired in the mid-90s.

"I have got so many things out of this typewriter. Typing is an art," he says.