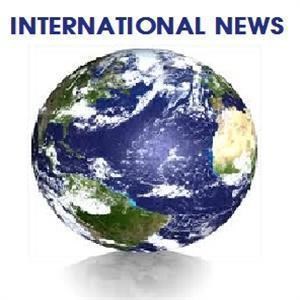 Bloomberg's proposal on May 31 triggered a wave of reactions from the media, shop keepers, anti-obesity campaigners and New Yorkers who say they are tired of the mayor's alleged "nanny state" tendencies.

On Tuesday, a full page ad in the commuter free sheet Metro showed a 32 oz soda cup of the kind popular in fast food restaurants and alongside this 26 packets of sugar. "Your kid just ate 26 packs of sugar," the ad stated, before warning that "sugary drinks can bring on obesity, type 2 diabetes and heart disease."

But in the same paper a letter from a home soft drinks machine company denounced the threat of new rules. "New York doesn't need this legislation. Let the people choose." Meanwhile, advertisements in the subway trains herald the soft drinks industry's efforts to give consumers plenty of choice.

The mayor is accused, among other things, of hypocrisy, since he is against some unhealthy habits like smoking and heavy drinking of sugary drinks, but supports eat-a-thons like the annual Coney Island hotdog competition.

Without going as far as those who call him a "big brother" or "super nanny," Coca Cola talks of an "arbitrary mandate" against big drinks, while McDonalds said it was a "misguided ban."

"His attack on this industry has been incredible," Rick J. Sampson, head of the New York state restaurant association, said.

Local NY1 television has done a poll that found 53 percent of residents opposed the ban, 42 percent were in support. More than half thought such a measure would do nothing to help combating obesity.

It's "a ban too far," The New York Times said in an editorial. "Too much nannying with a ban might well cause people to tune out."

Bloomberg is pressing his point home too. Almost daily his office issues statements of support from public figures and health experts.

The prohibition, which would not need city council approval, would restrict soda drink servings to no more than 16 ounces. That's more than a normal can, but only half the size of the biggest, bucket-like container that patrons commonly guzzle from in cinemas, sports arenas and other outlets.

The measure would target fast-food and other restaurants, delis, and places of public entertainment like stadiums. It would not cover drinks sold in supermarkets, or any diet, fruit, dairy or alcoholic drinks.