Sanders was comfortably ahead with some 10 percent of the vote reported, and his win is a substantial accomplishment in a state seen as an important bellwether because it is the first diverse electorate to weigh in on the 2020 presidential race.

NBC News reported that the 78-year-old senator from Vermont was leading with 44.7 percent of the vote, followed by former vice president Joe Biden at 19.5 percent. 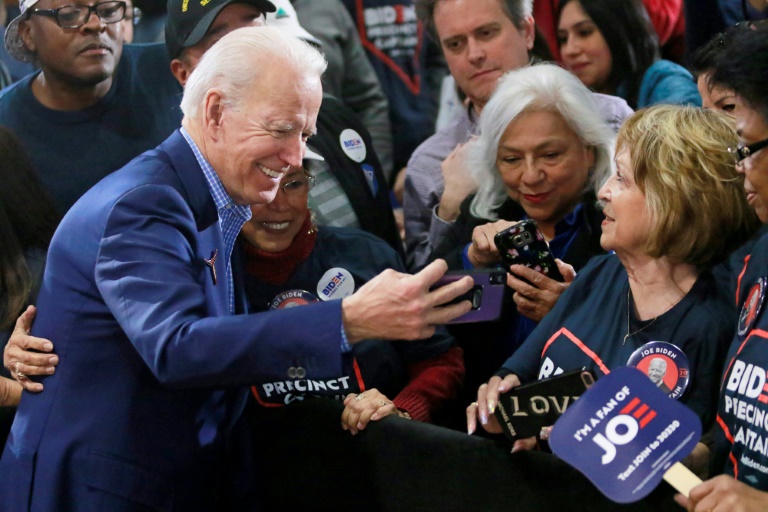 "We're alive and we're coming back," said onetime frontrunner Joe Biden, who came in second in the Nevada contest.

"We won the popular vote in Iowa, we won the New Hampshire primary, and according to three networks and the AP, we have now won the Nevada caucus," Sanders told a raucous rally, which responded with chants of "Bernie! Bernie! Bernie!"

"In Nevada we have just put together a multi-generational, multi-racial coalition, which is not only going to win in Nevada, it's going to sweep this country."

Sanders was speaking in El Paso, Texas, one of the 14 states that votes on "Super Tuesday" on March 3, when he hopes his progressive policies including universal health care and raising the minimum wage will strike a chord with millions of Americans.

Some of Sanders's rivals, like the moderate Buttigieg, already congratulated him on his Nevada victory. But the 38-year-old military veteran offered a stern warning against picking a self-described democratic socialist who sees "capitalism as the root of all evil" going up against the populist Trump.

"Senator Sanders believes in an inflexible, ideological revolution that leaves out most Democrats, not to mention most Americans," Buttigieg said in an address that took on a surprisingly coarse tone. 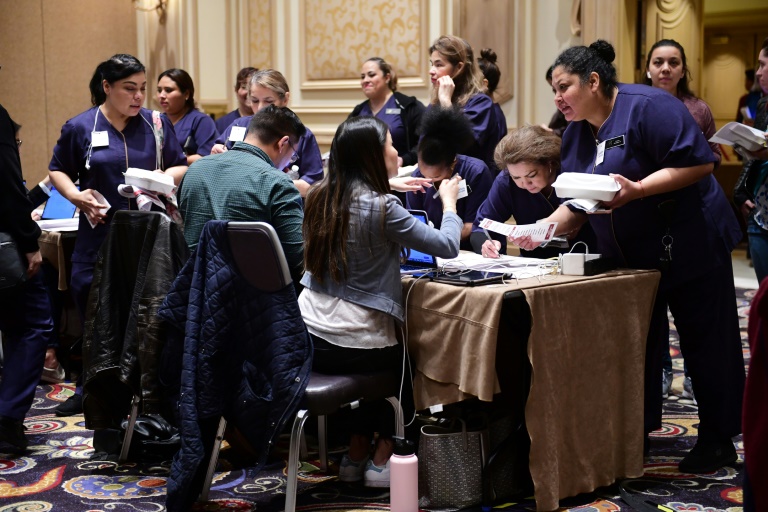 With Sanders coming in virtually tied for first in the debut contest in Iowa and then winning New Hampshire last week, he is in the driver's seat against his seven rivals as the race turns toward South Carolina and then Super Tuesday.

Trump offered a congratulations of sorts to Sanders.

"Looks like Crazy Bernie is doing well in the Great State of Nevada," Trump tweeted, maligning other candidates before adding: "Congratulations Bernie, & don't let them take it away from you!"

With the race soon taking on a national dynamic, several candidates like Klobuchar, Warren or congressman Tulsi Gabbard will be under pressure to decide whether they stick it out past Nevada or South Carolina, or throw in the towel.

'Coming back'
The centrist Biden, desperate to right a listing ship after miserable showings in the first two states, told supporters he feels "really good" about his Nevada finish and shouldn't be counted out. 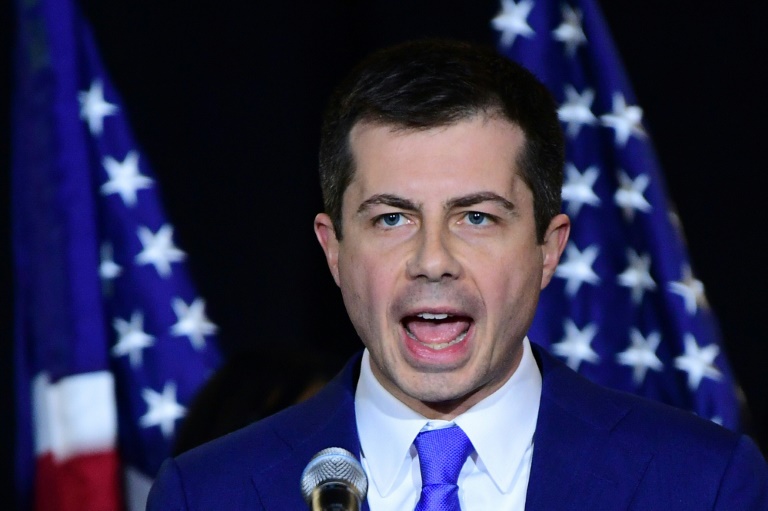 Mayor Pete, a distant third in the Nevada contest, took a surprisingly coarse tone by claiming that Sanders "believes in an inflexible, ideological revolution that leaves out most Democrats, not to mention most Americans".

"We're alive and we're coming back," the onetime frontrunner insisted. "We're going on to South Carolina to win and then we're going to take this back!"

South Carolina has a majority black Democratic electorate, and Biden leads polling there, riding his popularity among African Americans due in part to his eight years as popular president Barack Obama's deputy.

Sanders leads national polls with an average of 28 percent support.

That is 11 points ahead of Biden and 13 points ahead of billionaire media tycoon Michael Bloomberg, the former mayor of New York who skipped campaigning in the four early states in order to focus on Super Tuesday.

Recently, Sanders has been largely unchecked by opponents who have focused more on blunting the advance of Bloomberg, who has poured a staggering $438 million of his personal fortune, an all-time record, into campaign advertising.

In Las Vegas, caucuses were held in several of the city's world-famous casinos and hotels.

Unlike in a primary, where voting is by secret ballot, caucus goers vote publicly by standing with fellow supporters of their chosen candidate.

Keen to avoid the drawn-out embarrassment of the Iowa caucus, which relied on flawed technology to relay results, Nevada officials pivoted to a "very, very low-tech" system, said Jon Summers, a senior advisor to the state Democratic Party. 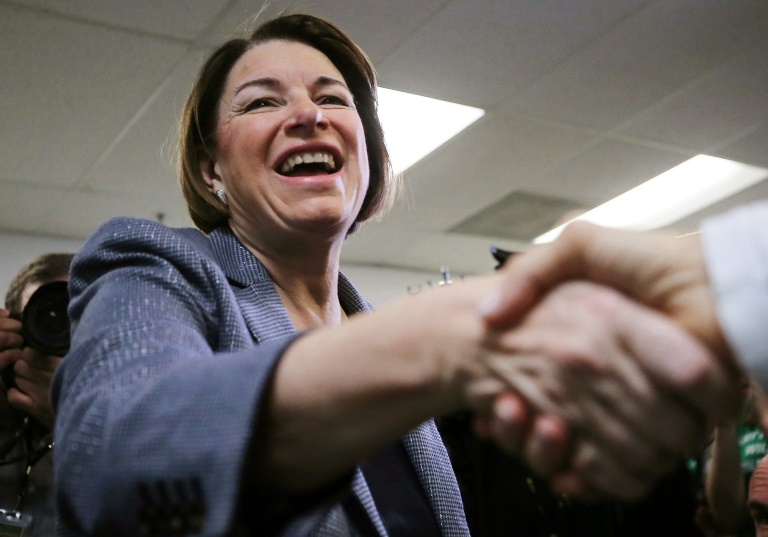 Despite her hard campaigning, Senator Amy Klobuchar had a poor showing in the Nevada Democratic caucus.

The system involves phoning in results to hotlines and backing them up with photographs of paper count sheets.

The vote tabulation has been considerably slower than four years ago, due largely to new rules which require caucuses to report several sets of data.

But Democratic National Committee chair Tom Perez told reporters that while the goal was to have results by Saturday night, the more important objective was "to get it right."