Robin Williams' wife: He had Parkinsons 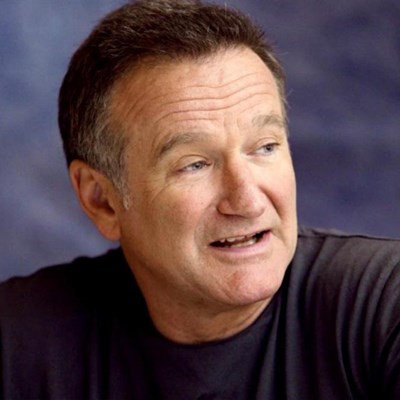 Robin Williams
INTERNATIONAL NEWS - Robin Williams was in the early stages of Parkinson's disease at the time of his death, his wife said Thursday.

In a statement, Susan Schneider said that Williams, 63, was struggling with depression, anxiety and the Parkinson's diagnosis when he died Monday in his Northern California home. Authorities said he committed suicide.

"Robin's sobriety was intact and he was brave as he struggled with his own battles of depression, anxiety as well as early stages of Parkinson's disease, which he was not yet ready to share publicly," Schneider said.

Schneider did not offer details on when the actor comedian had been diagnosed or his symptoms.

Williams' death shocked fans and friends alike, despite his candor about decades of struggle with substance abuse and mental health. With Parkinson's, Williams faced shouldering yet another challenge.

Parkinson's disease is an incurable nervous system disorder that involves a loss of brain cells controlling movement. Tremors, sometimes starting out in just one hand, are among the early symptoms.

It can also cause rigid, halting walking, slowed speech and sometimes dementia. Symptoms worsen over time and can often be treated with drugs.

Actor Michael J. Fox, who has long had the disease and is known for his efforts to fund research into it, tweeted that he was stunned to learn Williams had early symptoms.

"Stunned to learn Robin had PD. Pretty sure his support for our Fdn predated his diagnosis. A true friend; I wish him peace," Fox tweeted.

Pop star Linda Ronstadt revealed in 2013 that she had Parkinson's and said the disease had robbed her of her ability to sing. Boxer Muhammad Ali, the late radio personality Casey Kasem and the late Pope John Paul II are among other well-known figures diagnosed with the disease.

Parkinson's affects about 1 million people nationwide, 6 million globally. The cause isn't known but genes are thought to play a role.

There is no standard test for Parkinson's; doctors rely on symptoms, medical history and neurological exams to make the diagnosis.

Dr. Tanya Simuni, director of the Parkinson's Disease and Movement Disorders Center at Northwestern University's medical school in Chicago, said patients often react to the diagnosis with surprise and despair.

Depression is often present even in early stages and can sometimes precede tremors that help doctors make the diagnosis, Simuni said.

It's important to emphasize that not everyone who is depressed has Parkinson's or is likely to develop it, she said, especially given "this tragic case" involving Williams in which the two diseases occurred.

She noted that many can live for years without severely debilitating symptoms, but also that 20 years after diagnosis, as many as 80 percent develop dementia. Antidepressants are among drugs commonly prescribed for the disease, along with medication to help control jerky movements.

Dr. Christopher Gomez, neurology chairman at the University of Chicago, said while it makes sense to think that a diagnosis could make someone feel depressed, depression and Parkinson's have a deeper, more organic connection. They are thought to affect the same regions of the brain, although their neurological relationship isn't well understood, he said.

"It's downright curious that there's so much depression in Parkinson's," Gomez said.

Schneider said that those who loved Williams are taking solace in the outpouring of affection and admiration for him.

"It is our hope in the wake of Robin's tragic passing, that others will find the strength to seek the care and support they need to treat whatever battles they are facing so they may feel less afraid," she said in her statement.

Williams, whose comic brilliance first gained wide attention on the 1980s sitcom "Mork & Mindy," evolved into a respected dramatic actor who starred in films such as "Good Will Hunting," for which he won an Oscar, "Dead Poets Society" and "Mrs. Doubtfire."

He was invariably upbeat in public and with his friends and colleagues, and was known for his philanthropic efforts and support for U.S. troops and veterans.