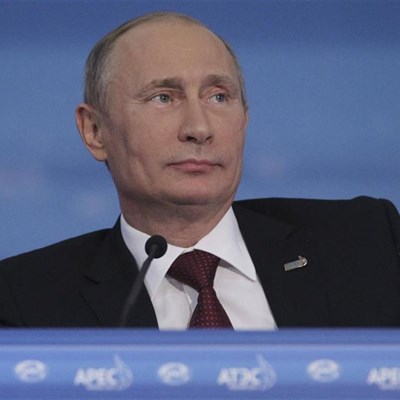 Russian President Vladimir Putin
INTERNATIONAL NEWS - It was a warm gesture on a chilly night when Vladimir Putin wrapped a shawl around the wife of Xi Jinping while the Chinese president chatted with Barack Obama. The only problem: Putin came off looking gallant, the Chinese summit host gauche and inattentive.

Worse still were off-color jokes that began to circulate about the real intentions of the divorced Russian president - a heartthrob among many Chinese women for his macho, man-of-action image.

That was too much for the Chinese authorities.

The incident at a performance linked to this week's Asia-Pacific summit originally was broadcast on state broadcaster CCTV and spread online as a forwarded video. But it was soon scrubbed clean from the Chinese Internet, reflecting the intense control authorities exert over any material about top leaders while also pointing to cultural differences over what's considered acceptable behavior in public.

"China is traditionally conservative on public interaction between unrelated men and women, and the public show of consideration by Putin may provide fodder for jokes, which the big boss probably does not like," said Beijing-based historian and independent commentator Zhang Lifan.

Xi's wife, Peng Liyuan, was once a popular folk singer more famous than her husband, and in contrast to her predecessors she has taken on a much more public role, prominently joining her husband on trips abroad as part of China's soft power push to seek global status commensurate with its economic might.

Propaganda officials have built the image of Xi and his wife as a loving couple. Photos of Xi shielding his wife from rain on a state visit, picking flowers for her, or simply holding her hand have circulated widely on China's social media, prompting much oohing and aahing.

"When the president personally held up the umbrella for the madam, it complies with the international norm of respecting women," blogger Luo Qingxue wrote on the news site for the party-run newspaper People's Daily last year after Xi was seen holding an umbrella over himself and Peng on a state visit to Trinidad and Tobago.

But Putin messed up the script Monday night while Xi chatted with the American president.

In the video, Peng stood up, politely accepted the gray shawl or blanket offered by Putin, and thanked him with a slight bow. But she soon slipped it off and put on a black coat offered by her own attendant.

It spawned a flurry of commentary on China's social media before censors began removing any mention of the incident.

Li Xin, director of Russian and central Asian studies at Shanghai Institute for International Studies, said Putin was just being a proper Russian and did nothing out-of-line diplomatically.

"It's a tradition in Russia for a man of dignity to respect ladies on public occasions, and in a cold country like Russia, it is very normal that a gentleman should help ladies take on and off their coats," Li said. "But the Chinese may not be accustomed to that."

75 %
No, will be homeschooling