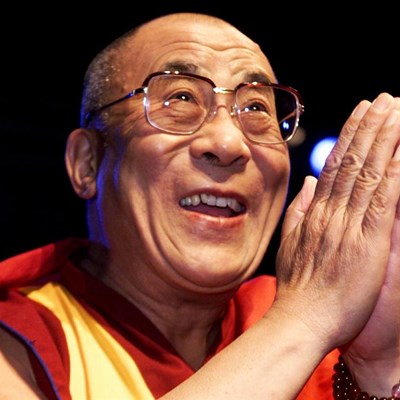 The Dalai Lama
INTERNATIONAL NEWS - US President Barack Obama will host Tibet's exiled spiritual leader the Dalai Lama at the White House on Friday, a move China said would "seriously impair" ties as it called for the meeting to be canceled.

The meeting will take place in the Map Room on the ground floor of the president's residence and not the Oval Office, which Obama usually uses to meet foreign leaders and visiting dignitaries.

The US leader last met the Dalai Lama, a fellow Nobel Peace laureate, at the White House in 2011 in talks that triggered an angry response from Beijing, which said the encounter had harmed Sino-US relations.

China, which calls the Dalai Lama a "wolf in sheep's clothing" and accuses him of seeking independence for Tibet, was quick to react to Thursday's announcement.

"China is firmly opposed to this," foreign ministry spokeswoman Hua Chunying said in a statement on its website, just hours later.

"We urge the US side to treat China's concern in a serious way and immediately cancel the planned meeting."

Elaborating at a regular briefing later, Hua called the Dalai Lama a "political exile who has long been engaged in anti-China separatist activities under the cloak of religion".

Earlier, with the Dalai Lama already in the United States on a visit, National Security Council spokeswoman Caitlin Hayden announced that Obama would meet the monk "in his capacity as an internationally respected religious and cultural leader".

In a sign of the sensitivity of the occasion, the event was listed on the president's daily schedule as closed to the press.

Hayden also underlined that the United States supported the Dalai Lama's approach but recognized Tibet to be "a part of the People's Republic of China".

"We do not support Tibetan independence," Hayden said.

"The United States strongly supports human rights and religious freedom in China. We are concerned about continuing tensions and the deteriorating human rights situation in Tibetan areas of China."

Hayden said the Obama administration would renew calls for the Chinese government to resume dialogue with the Dalai Lama or his representatives, without preconditions.

China has for decades opposed foreign dignitaries meeting the revered Buddhist leader, who fled to India in 1959 after a failed uprising against Chinese rule.

In Beijing, Hua said that China had "already lodged solemn representations" with the United States.

"The US leader's meeting with the Dalai is a gross interference in China's internal affairs, a severe violation of codes of international relations and will seriously impair China-US relations," she said.

The Dalai Lama says he advocates greater autonomy for Tibetans rather than independence.

But tensions between Tibetans and the Chinese authorities run high.

More than 120 Tibetans have set themselves on fire and committed suicide in recent years to protest against what they see as oppression by China's government and controls on their right to exercise their religion.

"The Dalai Lama is essentially a political fugitive whose group instigates separatist activities including self-immolations," the state-run Xinhua news agency said in a commentary.

"The Obama-Dalai Lama meeting will send a wrong message to Tibetan secessionists and encourage them to resort to extremist moves that contradicts the very human rights Washington claims to defend."

The visit comes on the heels of a trip to Beijing by US Secretary of State John Kerry, but well ahead of an Asia-Pacific summit there in November that Obama is expected to attend - meaning that China could not retaliate by canceling a high-profile visit.

Todd Stein, Washington-based director of government relations for the International Campaign for Tibet, hailed Obama's meeting as another sign of US support for preservation of the Himalayan region's culture.

"President Obama's hosting of the Dalai Lama is a continued expression of support for his work, his message and his cause," Stein said.

Obama came under domestic criticism in 2009 when he did not see the Dalai Lama during a visit to Washington, as the new president looked to start on the right foot with China.

But the optimism of the early days of the Obama presidency has dimmed, with the United States pressing China on a range of concerns including its territorial disputes with US allies Japan and the Philippines and Beijing's alleged cyber espionage campaign.

The Dalai Lama enjoys wide support across the political spectrum in the United States, and is on one of his regular visits to the country, which will also see him go to Minnesota and California.

The Dalai Lama, whose audiences often lean to the left, on Thursday found receptive listeners as he addressed the right-leaning American Enterprise Institute.

Pressed on whether he supported capitalism, the Dalai Lama offered a gentle call for a more humane system. He pointed to late Chinese leader Deng Xiaoping, who started the Asian power's shift toward capitalism in the 1980s, as proof that the "centralized economy, no matter how much effort, fail(s)".