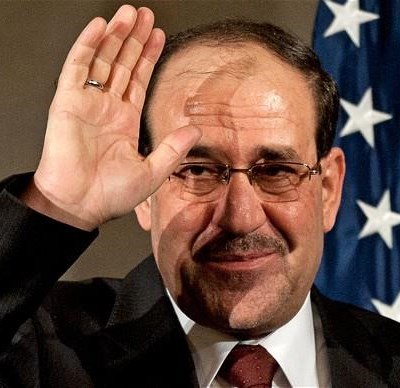 It is another to build it in the Middle East, scorched by sectarianism and raging proxy wars, with American credibility eroded by misadventures in Iraq and where allies bristle at what they view as Obama's misfiring diplomacy.

But the president is promising action.

"What we've got to do, is make sure that we are organizing the Arab world, the Middle East, the Muslim world along with the international community to isolate this cancer," he said in Estonia Wednesday.

Islamic State's lair in Syria and Iraq has alarmed the region and may already have jumbled political calculations.

Iran for instance pulled support for Prime Minister Nuri al-Maliki in Iraq's post-electoral chaos, after his sectarianism was blamed for the rise of IS.

In a rare meeting last week meanwhile two top foreign ministry officials from Saudi Arabia and Iran met in Jeddah -- enemies converging in a sudden flurry of diplomacy spurred by the crisis.

As it searches for its own strategy, Washington has played on anxiety among regional powers.

"It is very clearly in the interest of Iraq's and Syria's neighbors, even those Sunni countries, to not have a violent, extremist organization wreaking havoc in their neighborhood," said White House spokesman Josh Earnest.

Obama will push his coalition at the NATO summit in Wales Thursday and Friday, and send Secretary of Defense Chuck Hagel, Secretary of State John Kerry and White House counter-terrorism coordinator Lisa Monaco to the Middle East.

"It is going to be a very big challenge indeed, given all the cross cutting interests in the region," said Nora Bensahel, senior fellow at the Center for a New American Security.

"(But) it is absolutely essential, going forward ... for nations who want to see ISIS defeated."

"Coalition" has been the buzzword, as the realization has dawned, after the IS execution of two American journalists, that the United States effectively faces a new war in the Middle East.

The term revived memories of the robust alliance the first president George Bush built to evict Saddam Hussein from Kuwait in 1990-91 and the often mocked "coalition of the willing" of his son's Iraq invasion in 2003.

But any new US-led coalition, which would spare Obama the kind of unilateral foreign war he abhors, will likely be a less overt grouping, reflecting the treacherous politics of a region in meltdown.

The prospect of Iran and Saudi Arabia, sponsors of a regional proxy war between Shia and Sunni Islam, at least agreeing to not obstruct one another's efforts against IS, is intriguing.

In another mind-twisting scenario, Washington backs a Shiite-led government in Baghdad, that is also supported by Iran, against the Sunni jihadists of IS.

But Washington ahbors the government of Syrian leader Bashar al-Assad --who has been propped up by Tehran -- and America's enemy redux, Russia.

The Obama administration rejects the idea of common cause with Assad, who it sees as a war criminal.

But Assad stands to benefit from any US effort to crush IS in his country.

In Iraq, the United States has been pounding IS targets for several weeks and sparked advances by Kurdish and Iraqi government forces.

But there are no de-facto partners to exploit the aftermath of any US strikes against IS in Syria -- reopening debate about Obama's failure to arm "moderate" rebels in the country.

Any US coalition could require political heavy lifting from America's European partners.

In Britain for example, it is unclear whether Prime Minister David Cameron will join US bombing campaigns, a year after parliament revolted against air strikes on Syria over its use of chemical weapons.

France however suggested Wednesday that military action in Syria may be necessary.

The reality that a coalition could involve tie-ups between the CIA and allied intelligence services like those in Jordan, Turkey and Saudi Arabia means many operations may remain classified.

Other activity, like choking IS financing could be more visible. But any tacit cooperation between Iran and the United States would likely remain unspoken.

But there will be no repeat of the "expansive coalition we saw in 1991," said Brian Katulis, of the Center for American Progress.

"It's a totally different region."

Washington also maintains that victory against IS depends on a unifying government emerging in Baghdad.

But with Iraq splintered, there is no guarantee prime minister designate Haidar al-Abadi, will prove any more embracing of other sects than Maliki.

Obama has his own questions to answer.

Building such an intricate coalition requires the kind of commitment and diplomatic dexterity in the Middle East that an administration pre-occupied with ending foreign wars and rebalancing to Asia has rarely demonstrated.

Obama's energy and political capital is meanwhile fraying by the hour, as opponents mock his admission that he does not yet have a strategy to confront IS in Syria.

But Matthew Olsen, director of the National Counter-Terrorism Center, said Wednesday that Lebanon, Turkey, Jordan and Saudi Arabia were already working "both openly and less openly," with Washington to tackle IS.

"There is every reason to believe, based on what has happened so far, that it will coalesce."