The Scandinavian country said in a statement it had had "preliminary contacts with representatives of the main political actors of Venezuela".

These were "part of an exploratory phase, with the aim of contributing to finding a solution to the situation in the country."

"There are some envoys in Norway," Guaido told a rally of his supporters in Caracas on Thursday.

Oslo was trying to bring both sides together, but talks have not taken place, he said.

The mediation bid comes after a months-long power struggle between the National Assembly leader and the socialist president, amid sometimes deadly street clashes.

"There is no negotiation whatsoever," Guaido made clear in comments to reporters. Instead, Norwegian officials were "trying to mediate" with both sides to bring them to the table.

Maduro did not confirm the meetings but later said a close adviser, Communications Minister Jorge Rodriguez, was "on a very important mission for peace in the country ... in Europe" and would return shortly.

Norway's NRK radio and television network, quoting anonymous sources, earlier reported that talks had taken place over "several days" at a secret Oslo location and the delegations were due to return to Caracas on Thursday.Several South American media outlets also reported talks were held. 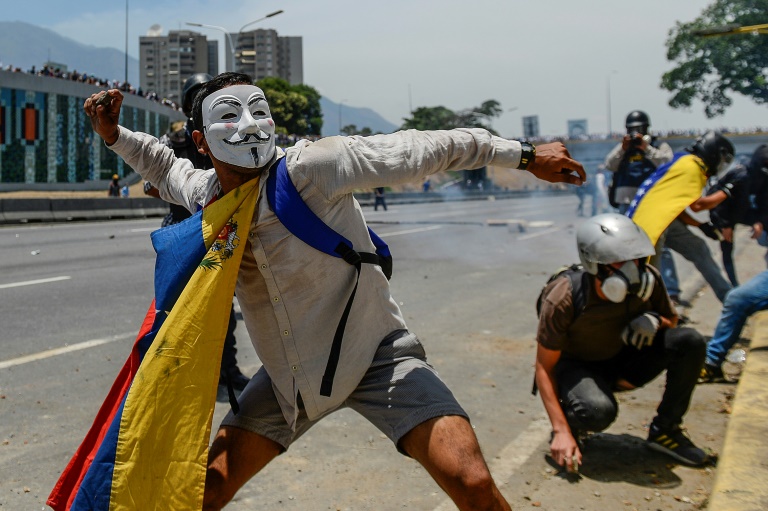 Anti-government protesters clash with security forces in Caracas on May Day of this year.Delegates in Oslo
Speaking to reporters in Caracas, Guaido confirmed reports that National Assembly vice president Stalin Gonzalez and former lawmaker Gerardo Blyde represented the opposition in Norway.

Guaido insisted the purpose of any negotiations must be the "cessation of the usurpation" by Maduro with a view to establishing a transitional government ahead of "free elections".

US-backed Guaido is recognized by dozens of countries as interim president after dismissing Maduro's presidency as "illegitimate" following his re-election last year in polls widely dismissed as rigged.

Maduro has been shunned by much of the international community for presiding over the country's economic collapse, which has led to shortages of basic goods - forcing millions to flee - as well as brutally suppressing dissent.

He retains the backing of major creditors Russia, China and Cuba, as well as the powerful military.

With the military support seen as key, Guaido tried to incite an uprising against Maduro on April 30 but only about 30 members of the armed forces joined him.

The socialist regime has since ramped up pressure on Guaido's allies and supporters, charging 10 lawmakers with treason.

Dwindling crowds
Crowds at Guaido's mass weekly protests in Caracas have dwindled in recent weeks, amid growing signs of weariness that despite a raft of international sanctions, Maduro still retains the upper hand.

Guaido said it was the second time Norway had invited representatives of both sides to the country for talks, though he did not elaborate.

Norway, home of the Nobel Peace Prize and the now-defunct Israeli-Palestinian Oslo accords, has a long tradition of playing the role of facilitator in peace processes around the world, including in Colombia between government and FARC leftist rebels in 2016. 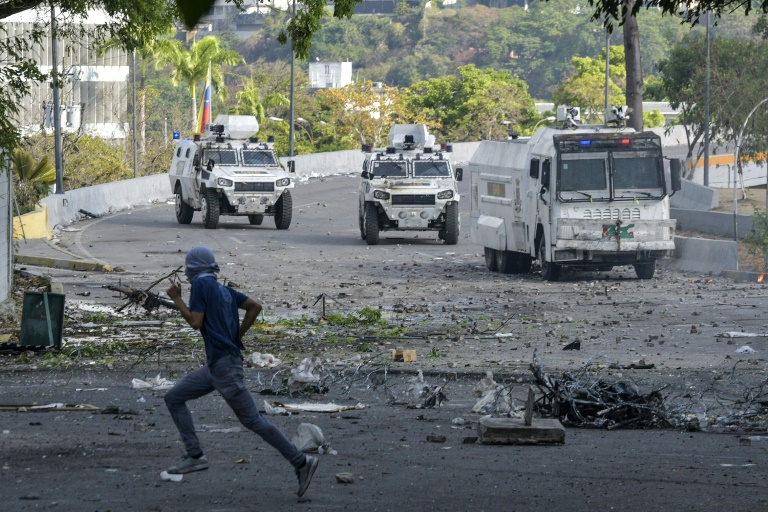 Anti-government protesters clash with security forces on May Day.

Guaido meanwhile also confirmed that his representative in Washington, Carlos Vecchio, would go ahead with a meeting with military planners at the US Southern Command next week.

"On Monday we will have a meeting with Southern Command at the United States' Department of State," he said.

"My impression is that the government is trying to gain time, trying to divide and fracture the opposition," said Benigno Alarcon, conflict resolution expert at the Andros Bello Catholic University in Caracas.

"For the opposition, it means time to reorganize, much like in a war, to check their resources and rethink how they can win."