INTERNATIONAL NEWS - Israeli Prime Minister Benjamin Netanyahu will meet with Donald Trump in Washington on Monday amid expectations the US president will formally recognize the Jewish state's sovereignty over the Golan Heights.

But Netanyahu announced that he would cut the visit short following his meeting with Trump, after a rocket fired from the Gaza Strip hit a house north of Tel Aviv, wounding seven Israelis.

Trump broke with longstanding international consensus last week over the status of the Golan Heights, which Israel seized from Syria in the 1967 Six Day War, saying the US should recognize Israeli sovereignty over the strategic plateau.

Israel's foreign minister said the US president will go one step further on Monday when he welcomes Netanyahu - who is looking for an electoral boost ahead of April 9 parliamentary polls - to the White House.

"President Trump will sign tomorrow in the presence of PM Netanyahu an order recognizing Israeli sovereignty over the Golan Heights," Israel Katz tweeted. 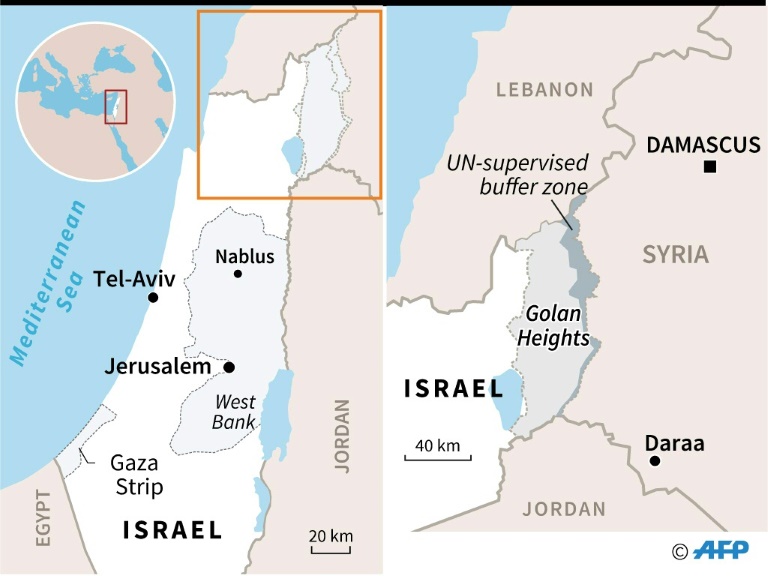 Netanyahu has long pushed for such recognition, and many analysts saw Trump's statement, which came in a tweet on Thursday, as a campaign gift.

New opinion polls last week showed Netanyahu losing ground to his electoral rivals, and the Washington visit was seen as an opportunity to regain momentum.

The prime minister was scheduled to have a "working meeting" at the White House on Monday and a dinner on Tuesday, and was also due to address the annual conference in Washington of the American Israel Public Affairs Committee (AIPAC) lobby.

But the latter two activities will be scrapped due to the rocket attack, Netanyahu announced in a video released by his office.

"I have decided, due to the security incidents, to cut short my visit to the United States," he said.

"I will meet President Trump in a few hours and just after that I will return to Israel to lead closely the operations."

The Golan Heights decision is the latest major move in favor of Israel by Trump, who in 2017 recognized the disputed city of Jerusalem as the country's capital. 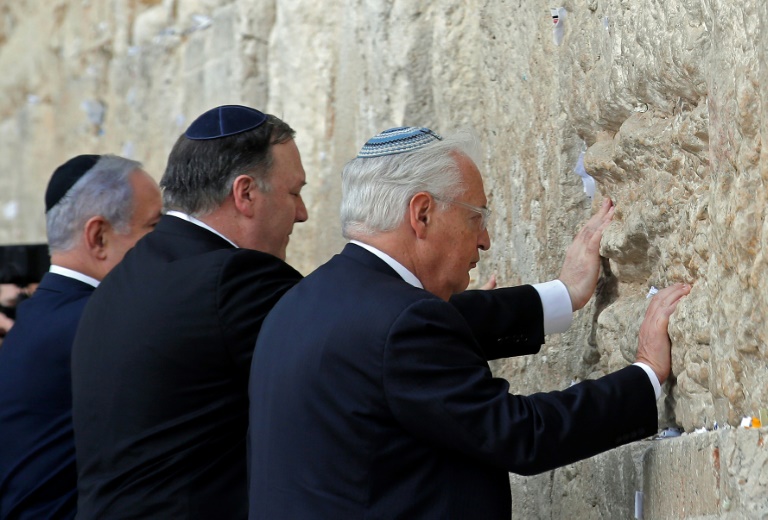 US Secretary of State Mike Pompeo (C) joined Netanyahu (L) in a visit to the historic Western Wall in Jerusalem last week.

Along with France, Syria and other states in the region condemned Trump's pledge, saying it violated international law.

Israel annexed the Golan Heights in 1981 in a move never recognized by the international community.

Netanyahu phoned Trump to tell him he had made "history," and called the gesture a "Purim miracle," a reference to the Jewish holiday that Israel was celebrating that day.

Although Trump professed no knowledge of the Israeli politics in play, Netanyahu's relationship with the US president has long been a central feature of his campaign.

Trump appears on giant campaign billboards in Israel shaking hands and smiling with Netanyahu, and the premier has shared video of the US leader calling him "strong" and a "winner."

On the same day as Trump's Golan Heights tweet, US Secretary of State Mike Pompei was in Jerusalem, where he joined Netanyahu in a visit to the historic Western Wall, offering his host a prime pre-election photo opportunity.

It was the first time such a high-ranking American official had visited one of the holiest sites in Judaism, located in mainly Palestinian east Jerusalem, with an Israeli premier.

Trump relies on pro-Israel evangelical Christians as part of his electoral base and has moved US policy firmly in Israel's favor.