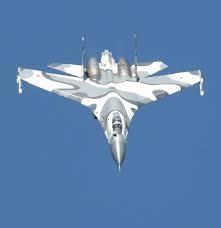 The Latvian National Armed Forces tweeted Tuesday that the alliance's F-16 jets on Oct 21 "scrambled to intercept" a Russian Ilyushin-20 surveillance aircraft over the Baltic Sea, adding that a similar incident had occurred a day earlier.

NATO couldn't immediately confirm the events except to say that Russian aircraft have not violated the airspace of its members in the region.

The incidents come as Russian forces have been accused of a series of border violations.

The Swedish Navy is combing the Stockholm archipelago for signs of a foreign submarine that officials suspect entered its territorial waters illegally. It hasn't officially linked Russia to the suspected intrusion, first reported Friday.