Dozens of rivers burst their banks after Typhoon Hagibis dropped record rains across parts of Japan.

INTERNATIONAL NEWS - Rescuers in Japan worked into a third day on Tuesday in an increasingly desperate search for survivors of a powerful typhoon that killed nearly 70 people and caused widespread destruction.

Hagibis slammed into Japan on Saturday night, unleashing fierce winds and "unprecedented" rain that triggered landslides and caused dozens of rivers to burst their banks.

By Tuesday morning, national broadcaster NHK put the toll at nearly 70, with more than a dozen missing. The government's confirmed death toll was lower, but it said it was still updating its information.

Prime Minister Shinzo Abe said there was no plan to slow rescue operations, with around 110,000 police, coast guard, firefighters and military troops involved.

"Currently in damaged areas rescue work and searches for the missing are continuing around the clock," Abe told parliament.

"Where rivers flooded, work is ongoing to fix spots where banks broke, and water is being pumped out where floods occurred," he added.

The prime minister's office said more than 3,000 people have been rescued in the wake of the disaster, which affected 36 of the country's 47 prefectures. 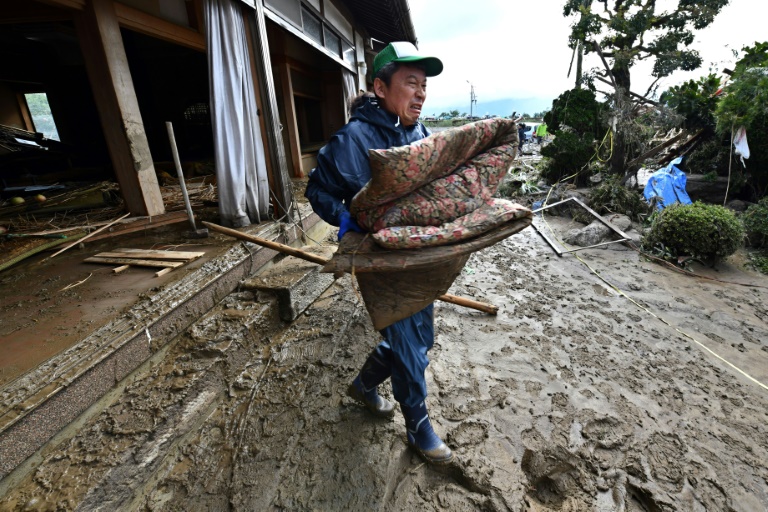 Clean-up and rescue efforts continued in Japan three days after Typhoon Hagibis slammed into the country.

Government officials warned that more rain was expected throughout the day Tuesday in several parts of the country affected by the typhoon.

"Because of the heavy rain so far, water levels at rivers have risen and ground has softened in some places," said chief cabinet secretary Yoshihide Suga.

"We ask people not to drop their guard and to remain fully alert," he told reporters.

Hagibis crashed into land packing gusts up to 216 kilometres (134 miles) per hour, but it was the storm's heavy rain that caused the most damage.

At least 176 rivers burst their banks, including in central Nagano, where a levee breach sent water from the Chikuma river gushing into residential neighbourhoods and submerging bullet trains in a depot up to their windows.

Deaths were reported across many prefectures and included a man whose apartment was flooded, a municipal worker whose car was caught in rising waters and at least seven crew aboard a cargo ship that sank in Tokyo bay on Saturday night.

Tens of thousands of people spent Monday night in government shelters, with many unsure when they would be able to return home.

The government pledged to offer financial support to affected regions, without specifying how much aid it would set aside.

"Support for the victims of the disaster is an urgent task," Abe said.

"There are concerns that the impact on daily life and economic activities may be long-lasting."

Among the areas affected by the storm was the Fukushima region, where several bags containing soil and plants collected during nuclear decontamination efforts were washed away.

"Ten bags out of 2,667 were swept into a river during the typhoon, but six of them were recovered yesterday," environment ministry official Keisuke Takagi told AFP, adding that the remaining four bags had been found and would be collected soon.

"Residents must be worried about the environment, but there are no reports that the bags were broken, so there will be nothing to worry about once they have been recovered safely," he said.

By Tuesday, things were largely back to normal, though some flights remained cancelled and train services were partially disrupted where tracks or train stock were damaged by the storm.

A crunch fixture pitting the hosts against Scotland went ahead on Sunday night, with Japan winning its first ever quarter finals spot. 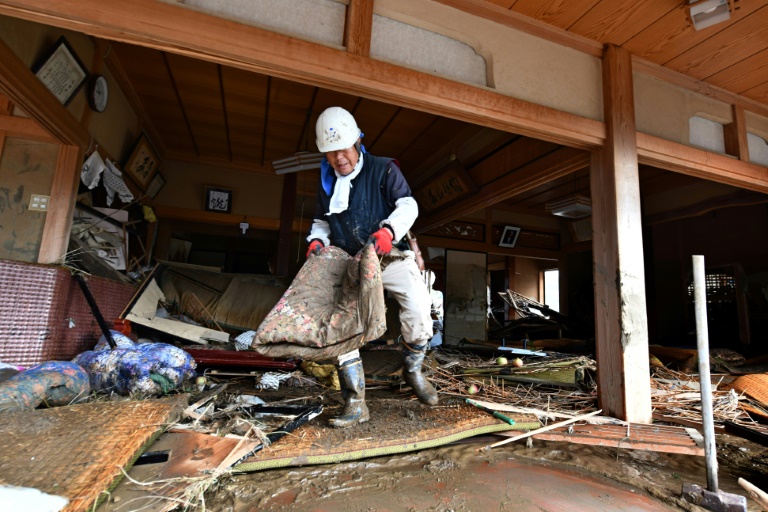