INTERNATIONAL NEWS - Israel's bid to stage a high-profile football match against Argentina in the disputed city of Jerusalem inevitably thrust politics and the festering Israeli-Palestinian conflict to the fore.

The original plan had been to stage the match in the northern coastal city of Haifa, at the state-of-the-art Sami Ofer stadium where Israel usually hosts international games.

That hit a nerve with Palestinians, already outraged by US President Donald Trump's transfer of the US embassy from Tel Aviv to Jerusalem in May after he recognised the disputed city as capital of Israel.

Guatemala and Paraguay have since followed suit.

Palestinians claim the eastern part of Jerusalem, annexed by Israel in a move never recognised internationally, as the capital of their future state.

Israel considers the entire city its own "indivisible" capital, and Regev has been at the forefront of the fight to win international backing for that position. 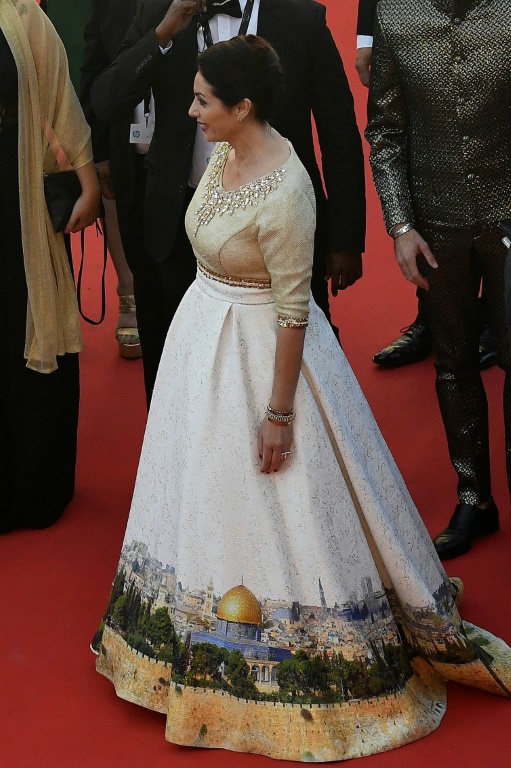 Israeli Culture Minister Miri Regev wears a dress featuring an image of the Al-Aqsa Mosque compound in Jerusalem, also known as the Temple Mount, as she attends a screening at the Cannes film festival on May 17, 2017.

Last year Regev, who is also culture minister, turned heads at the Cannes film festival when she arrived in an evening dress featuring the image of a flashpoint Islamic shrine in east Jerusalem.

She has publicly supported allowing Jewish prayer at the Al-Aqsa mosque compound, currently banned for fears it could spark a backlash by Muslims.

The site, known to Jews as the Temple Mount, is sacred in both religions and a regular scene of flare-ups between Israelis and Palestinians.

Regev's bid to host the Argentina match in Jerusalem comes after the city in May hosted one of cycling's biggest races, the Giro d'Italia.

The timing of the match carried extra symbolism as Israel celebrates 70 years since it achieved statehood and 44 years since it seized Palestinian east Jerusalem in the 1967 Six Day War.

Speaking to Israeli army radio on Monday, Regev said she had released $694,400 (598,000 euros) to cover expenses incurred by the venue change.

"Jerusalem is worth every shekel," she said.

"After we've been fighting for embassies to move to Jerusalem, there is absolutely no question."

More money came from the coffers of Comtec, the private Israeli promoter of the event, which according to Israeli and Argentine media paid up to $3 million to the Argentine Football Association (AFA) to make the June 9 game happen. 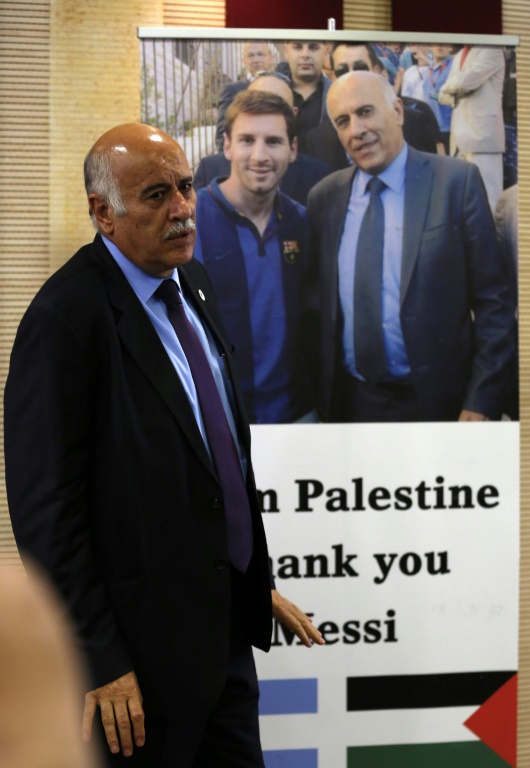 Palestinian Football Association head Jibril Rajoub stands in front of a "thank you" sign addressed to Argentina's star player Lionel Messi during a press conference in the West Bank city of Ramallah on June 6, 2018.

But Palestinians were equally determined to stop it.

Palestinian Football Association head Jibril Rajoub on Sunday urged Messi not to play in Jerusalem and called on fans to burn shirts bearing his name if he did.

On Wednesday Rajoub welcomed the about-turn, which he said served as a "red card" to Israel.

Pro-Palestinian groups in Buenos Aires had called for protests against the match, saying that "there is nothing friendly about playing the Israeli apartheid game."

At a meeting of parliament's state audit committee on Monday, chair Shelly Yachimovich raised questions about ticket allocations after only 20,000 of nearly 32,000 places went on sale to the general public.

Regev said the remainder were earmarked for the promoter, sponsors, Israeli FA officials and others.

Yachimovich said she had also asked sports ministry officials about a claim by one of their colleagues that Regev had conditioned her financial support for the event on having an on-pitch photo opportunity and handshake with Messi.

"We can only wait and see," she added. "None of us would fall off our seats if it did happen."

Regev was also asked about reports that Messi had said he did not intend to shake any politician's hand. 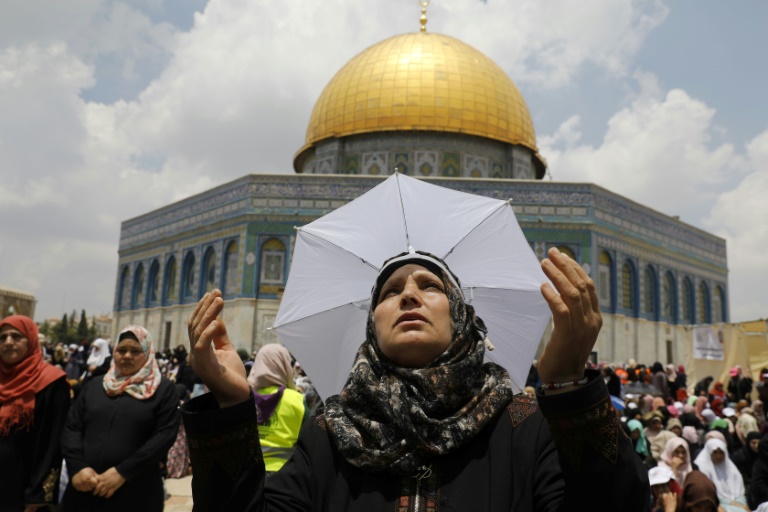 A Palestinian woman prays near the Dome of the Rock in Jerusalem on the third Friday prayers of the Islamic holy month of Ramadan on June 1, 2018.

She said she was not aware of any such statement.

"Let's wait for Messi and we'll see who will shake hands with whom," she said.

Following the news of the Argentine retreat, Israeli media carried reports of grumblings against Regev, even among aides to Netanyahu.

The premier is himself a vigorous promoter of Israeli sovereignty over Jerusalem and has received strong backing from Regev.

According to pro-Netanyahu Israeli daily Yisrael Hayom, aides felt that if the match had remained in Haifa, opposition to it taking place in Israel would have been less effective.

"They asked, 'Why was this necessary?'"