Honduran president's brother gets life in US jail for drug trafficking

Tony Hernandez, pictured in 2016, was convicted by a New York jury on all four counts of drug trafficking in October 2019.

INTERNATIONAL NEWS - Honduran President Juan Orlando Hernandez's brother was sentenced to life in prison by a New York judge Tuesday for large-scale drug trafficking after a trial that implicated the leader of the Central American country.

Tony Hernandez, 42, was found guilty in October 2019 on four counts - including conspiring to import cocaine into the United States, possessing machine guns and making false statements.

Judge P. Kevin Castel said a life sentence for the former Honduran congressman who trafficked more than 185 tons of cocaine into the United States, some branded with his initials "TH," was "richly deserved."

President Hernandez, however, described the ordeal as a scandal, calling the sentencing "outrageous" and stating that it was "incredible that the false testimonies of confessed murderers are heard and valued in this way," referring to some of the convicted killers who served as witnesses. 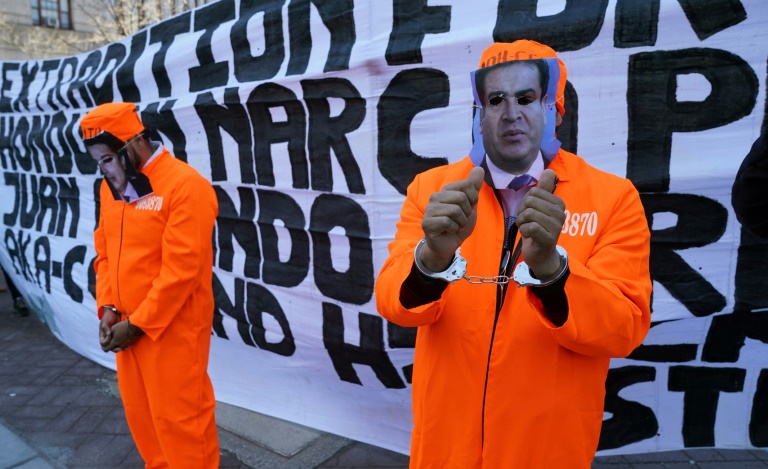 Protestors celebrate outside the US District Court Southern District of New York on March 30, 2021 after Juan Antonio "Tony" Hernandez, brother of the president of Honduras was sentenced to life for drug trafficking offenses.

Prosecutors had demanded life in prison, stressing that Tony Hernandez had "shown no remorse" and was "a central figure in one of the largest and most violent cocaine trafficking conspiracies in the world."

His defense team had called for the mandatory minimum sentence of 40 years.

Hernandez, who served as a member of the Honduran Congress from 2014 to 2018, was arrested at a Miami airport in November 2018.

His family in Honduras also insisted on his "innocence" Tuesday evening, and said that he would appeal, in a statement released by the Honduran presidency.

During the trial, US prosecutors said President Hernandez had been a "co-conspirator" in his brother's crimes, although he has not been formally charged by the US judicial system.

President Hernandez has repeatedly denied all allegations of drug trafficking.

A lawyer who came to power in January 2014 and is in his second term, Hernandez has styled himself as a champion in the fight against drugs. 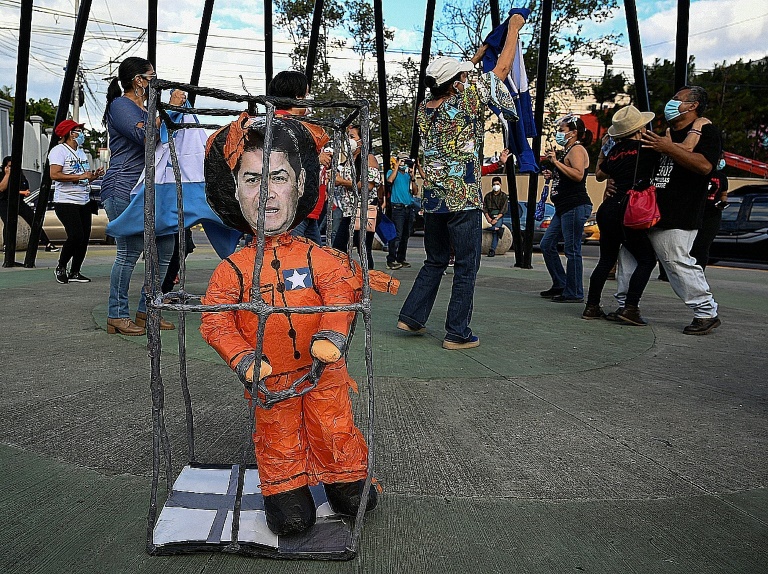 During his brother's trial the US government successfully argued that Tony Hernandez was a large-scale drug trafficker who worked from 2004 to 2016 with others in Colombia, Honduras and Mexico to import cocaine into the US by plane, boat and submarine.

Hernandez made millions of dollars from the trafficking and used the proceeds to influence three presidential elections, according to US attorneys.

The prosecution also said Hernandez was involved in at least two murders of rival drug traffickers in 2011 and 2013.

Defense lawyers unsuccessfully questioned the credibility of witnesses, many of them former drug traffickers, some of whom had been convicted of murder. 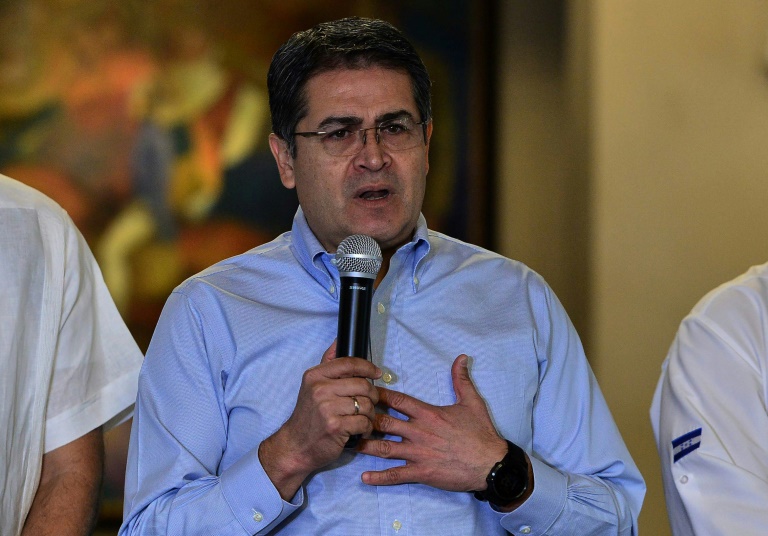 Honduran President Juan Orlando Hernandez called the sentencing of his brother to life in prison by a New York judge for large-scale drug trafficking  "outrageous".

US prosecutors have aggressively pursued current or former Honduran public officials and their relatives over drug trafficking allegations.

During his trial, US prosecutors said the Honduran leader had helped Fuentes smuggle tons of cocaine into the United States, an allegation the president described as "obvious lies."

Guzman, the former co-leader of Mexico's feared Sinaloa drug cartel, was convicted in New York in February 2019 of smuggling hundreds of tons of cocaine, heroin, methamphetamines and marijuana into the United States.