People load up on water from a cistern at a makeshift camp for displaced Yemenis in the northern Hajjah province.

INTERNATIONAL NEWS - Hand-washing to combat the spread of coronavirus is the order of the day, but it's an unaffordable luxury for millions in war-ravaged Yemen where clean water is dangerously scarce.

Yemen's broken healthcare system has yet to register any cases of the disease, but if the pandemic does hit, the impact will be unimaginable in a country where five years of conflict has created what the United Nations calls the world's worst humanitarian crisis.

Five years after a Saudi-led military coalition intervened in Yemen to support the government against the Iran-backed Huthi rebels, some 80 percent of the population is in need of aid.

Doctors Without Borders (MSF) said it was concerned that many Yemenis have no access to clean water or soap.

"We can recommend they wash their hands, but what if they don't have anything to wash with?"

Nearly 18 million people, including 9.2 million children, do not have regular access to safe water, according to the UN's children's agency. 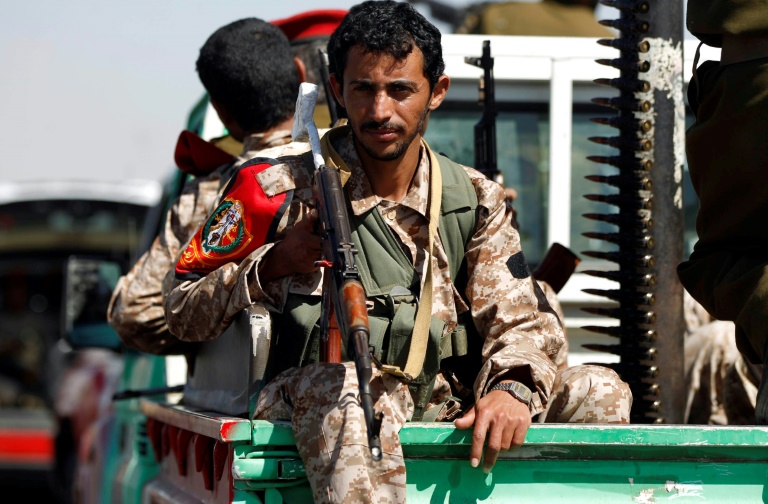 Yemeni Iran-backed Huthi rebels military police parade in the streets of the capital Sanaa in January.

And only one third of Yemen's population has access to piped water, UNICEF said.

Eleven-year-old Mohammed's family, who live in the rebel-controlled Hajja province north of the capital Sanaa, are among those for whom water does not come out of a tap.

He and his sister leave their home on the back of a donkey every morning to retrieve supplies from a murky well three kilometres from their home.

The two children wait for their turn to fill up plastic canisters with a dirty hose.

Their family has no choice but to drink the contaminated water and use it for cooking.

Yemen suffered one of its worst ever outbreaks of cholera in 2017.

"The risk still remains if access to water continues to be low."

Tens of thousands of people - most of them civilians - have been killed since March 2015 when the Saudi-led coalition intervened in the war that has pushed the country to the brink of famine.

The conflict, which shows no signs of abating, has crippled the country's healthcare system and paved the way for the spread of diseases.

Mohammed Aqil, a doctor at Al-Jaada medical centre in Hajjah, said the clinic deals with around 300 patients a day.

"Most of the cases are linked to diseases transmitted by consuming water that is not safe for drinking," he told AFP.

MSF said given the current situation of the healthcare system, which has all but collapsed, it would be "a disaster" if the new coronavirus reached Yemen, long the Arabian Peninsula's poorest nation.

"Frequently washing hands is the most effective way to protect against the coronavirus, but what will more than half the Yemeni people who don't have access to safe water do," the International Committee of the Red Cross in Yemen tweeted on Sunday.

More than 12,000 deaths have been recorded since the virus first emerged in December, according to an AFP tally, most of them in Europe.

In Sanaa, the Iran-backed Huthi insurgents who control the capital and large parts of the north have suspended school classes and flights as cases of the virus in nearby countries soar.

Meanwhile, more than 1,700 cases have been recorded across the six Gulf Cooperation Council (GCC) nations, with four deaths - two in the United Arab Emirates and two in Bahrain.

"We cannot overwhelm the already fragile health system in Yemen," the World Health Organization told AFP, adding that the "introduction of the disease in Yemen will overrun hospitals and health facilities".