To keep the world from tilting into catastrophic warming, they argue, developed nations that got rich burning fossil fuels must face their historic responsibility for the climate crisis - and pay for it, too.

The concept of "fair share" emissions cuts has been gaining traction among environmental and human rights organisations for several years.

INTERNATIONAL NEWS - When US President Joe Biden pledged last month to cut his country's carbon emissions in half by 2030, Japan and Canada quickly followed suit. But many green groups and scientists say that this is still not good enough.

Biden's initiative may have won praise from political allies, but these campaigners want to see a different calculus rooted in history and ethics.

To keep the world from tilting into catastrophic warming, they argue, developed nations that got rich burning fossil fuels must face their historic responsibility for the climate crisis - and pay for it, too.

When countries struck the landmark Paris Agreement in 2015, they committed to limit global temperature rises to "well below" two degrees Celsius (3.6 Farenheit) compared to pre-industrial levels.

Nations also agreed to strive for a safer warming cap of 1.5C through voluntary emissions-cutting plans, known as National Determined Contributions, or NDCs, that would be ratcheted up in scope and ambition every five years.

"What they refused to allow was any assessment of how the individual pledges compared to each other," Brandon Wu, director of policy and campaigns at ActionAid USA, told AFP.

"As civil society, we thought that was a really crucial piece of the puzzle - it's important both whether all the pledges add up to the 1.5C goal, but it's also important whether they're fair relative to one another."

The concept of "fair share" emissions cuts has been gaining traction among environmental and human rights organisations for years.

The methodology is simple enough: calculate the amount of carbon currently in Earth's atmosphere attributable to a specific country's historic greenhouse gas emissions, then factor in that country's capacity - measured in wealth - to help other nations reduce their own emissions. 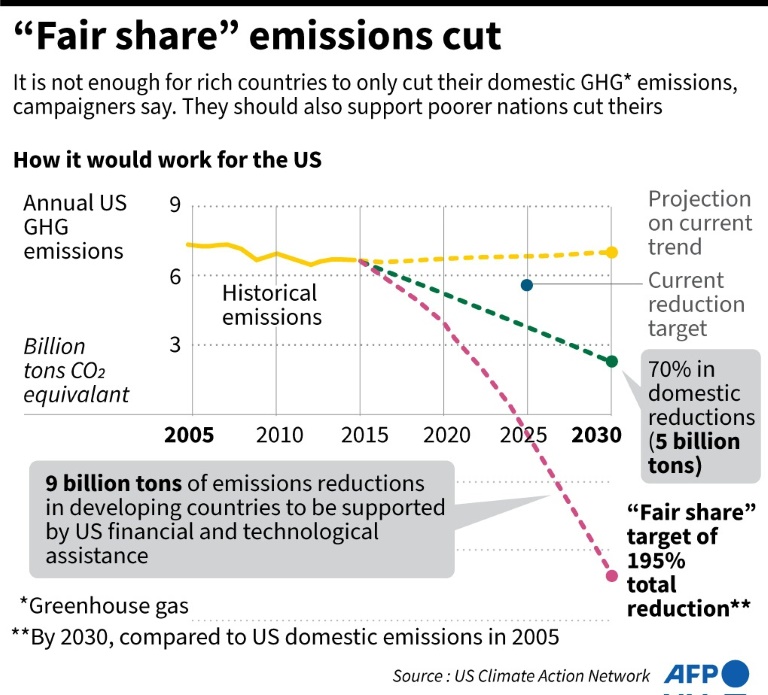 This year a coalition of around 175 climate groups launched US Climate Fair Share. Far from an emissions cut of 50 percent by 2030, the groups said the US's "fair share" would be equivalent to 195 percent of 2005 levels.

That means the US would need to nearly completely decarbonise its own economy, then facilitate significant emissions cuts in countries around the world through investment in clean energy and infrastructure.

"Even if we go 100-percent zero emissions - not net-zero, but real zero - by 2030, that's still not our fair share, because we have such a historical legacy of climate pollution," said Wu.

"We're not calling for negative emissions or anything like that. We're calling for international finance to support reductions elsewhere."

'Who made this mess?'

Climate Action Tracker, a think tank that compiles and evaluates national emissions reduction plans, found that the pledges made during last month's summit would, if fully implemented, knock 0.2C off projected warming.

But the "emissions gap" between what has been promised and what is needed to stay below 1.5C remains enormous: even the latest round of commitments would - if honoured - still see Earth warm 2.4C this century.

Michael Mann, director of Penn State's Earth System Science Center and author of "The New Climate War", told AFP that the emissions gap does not account for "fair share" cuts.

"It simply tells us what the global reductions in carbon emissions must be to achieve certain critical targets - for example to avoid dangerous 1.5C warming," he said. 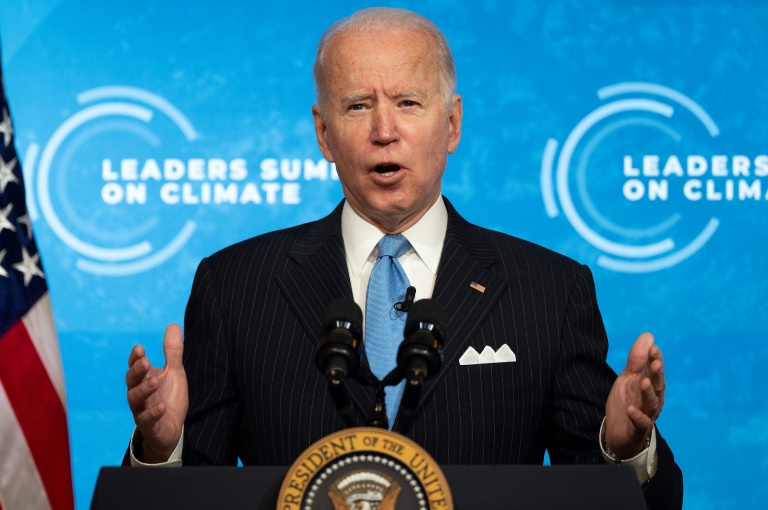 US President Joe Biden was praised by political allies for his emissions cutting pledges.

"How they are divided up is a matter of policy, politics and ethics," he added.

"Speaking as a concerned citizen, and not just a scientist, I do think countries like the US with a legacy of two centuries of producing carbon pollution have a special obligation to lead."

The US is by far history's largest emitter, accounting for more than 28 percent of all carbon pollution since 1850. Yet it is far from alone in having an outsized historical contribution to climate change.

Their fair-share calculator shows that - in a scenario where 1.5C is achieved through emissions cuts alone - the European Union should reduce its carbon pollution by the equivalent of 170 percent.

In total, high-income countries would need to slash emissions by 136 percent, the calculator shows.

Conversely, climate vulnerable nations with virtually no responsibility for historic emissions, can "fairly" continue roughly along current emissions lines such that 1.5C remains in play.

"It sounds dry and complex but it's really just basic ethics," said Wu. "OK, who made this mess? You have to clean it up."

"And if you have more wealth and more privilege than your neighbours, then you should correspondingly do a little more."

In 2019, then-prime minister Theresa May pledged that Britain would "eradicate its net contribution to climate change by 2050".

A subsequent report by the Chatham House think tank said there were "many reasons to question" Britain's path to net-zero, which relies heavily on carbon dioxide removal projects.

"We have to be careful about what is hidden or swept under the rug in commitments of 'net-zero'," said Mann. 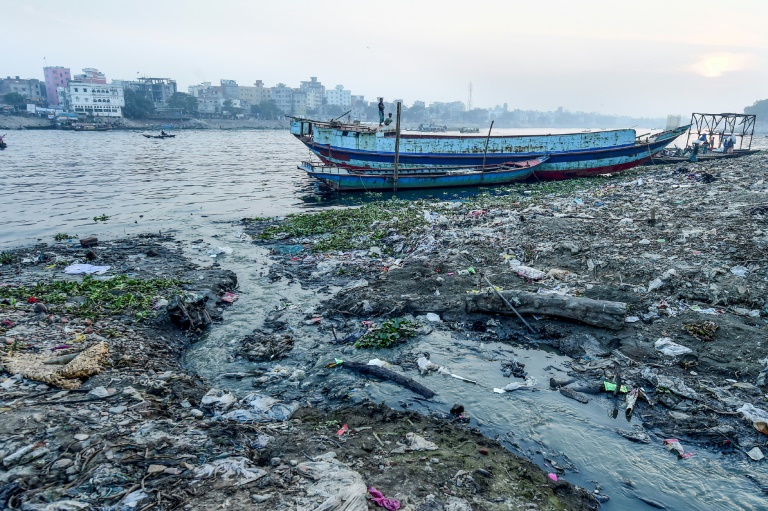 "Are promises of massive carbon capture based on as-yet untested - at scale - technology being used to excuse excessive burning of fossil fuels now? If so, then 'net-zero' is pretty hollow rhetoric."

But even if Britain were to entirely eradicate its emissions overnight, the carbon it has polluted since the Industrial Revolution is still in the atmosphere, still influencing the climate today.

"Without keeping fossil fuels in the ground, drastically reducing emissions immediately, and advancing real, accessible solutions at scale, we are on track to blow past the goals of the Paris Agreement," he said.

The US Climate Fair share organisers calculated that it should reduce emissions by 70 percent by 2030 - only 20 percent off Biden's pledge.

But given its status as the richest nation on Earth, the coalition calculated that the US should also pay to cut a total of 9 billion tonnes of CO2 globally by 2030.

Since the cost of zero-carbon technologies varies greatly between countries, the math involved in putting a cost figure on such action is challenging.

But the NGOs arrived at what Wu termed a "bare minimum" figure: $800 billion this decade.

"That would make a real impact and send a signal internationally," said Wu, while pointing out that the US's military budget currently stands at $750 billion in the next fiscal year alone.

"Morals aside, unless we do this the climate crisis does not get solved and we have no chance of achieving 1.5C," he said.

"And because we have this international system where everything is voluntary, if countries don't see that other countries are pulling their weight then they have no incentive to participate," Wu added.