The goal is to keep the children in school and on the path toward a career, and away from the local traps of trash picking and small-time drug dealing that ensnared their fathers.

INTERNATIONAL NEWS - The dozen children stared shyly at the audience but grew bolder when they began to sing, pouring their grief into music for the fathers they lost to the Philippines' drug war.

They perform as a choir that is both an act of protest against the internationally condemned campaign, and a key element in their community's effort to keep these children from being gunned down too.

Poor families like theirs have been especially hard hit by President Rodrigo Duterte's deadly crackdown, which has pushed kids out of school to replace slain breadwinners.

"It's a vicious cycle. So to get out of the cycle means making these children live different lives," Danilo Pilario, a priest behind the programme, told AFP.

The core of roughly 25 boys and girls in the group, all of whom have lost a brother or father to the crackdown, are from a town of 130,000 on Manila's outskirts called Payatas.

It is a poor place that sprouted up decades ago around a sprawling trash dump where scavenging is the local industry. 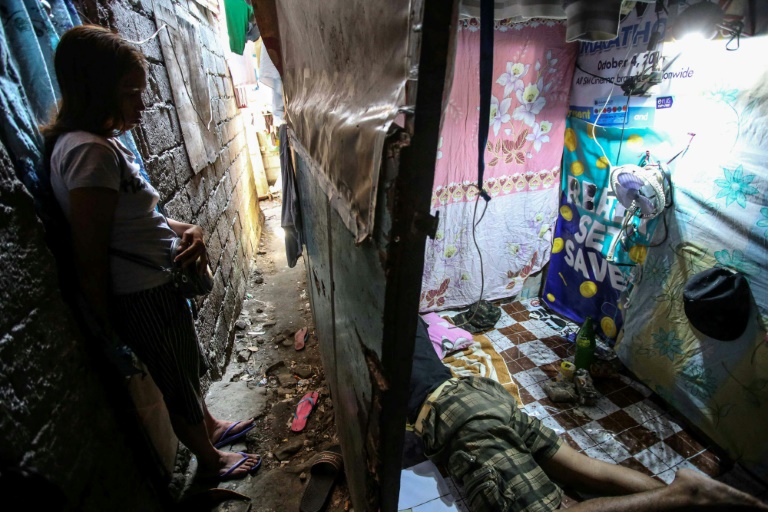 The children are from a town on the outskirts of Manila that sprouted up decades ago around a sprawling trash dump where scavenging is the local industry.

Like towns across the Philippines, Payatas saw a spike in slayings by police and unknown gunmen when Duterte launched his crackdown in mid-2016.

Choir member Joan, 12, was home on December 6, 2016 when police burst into the house and shot her father dead over his alleged involvement in drugs, leaving bullet holes in the family couch. 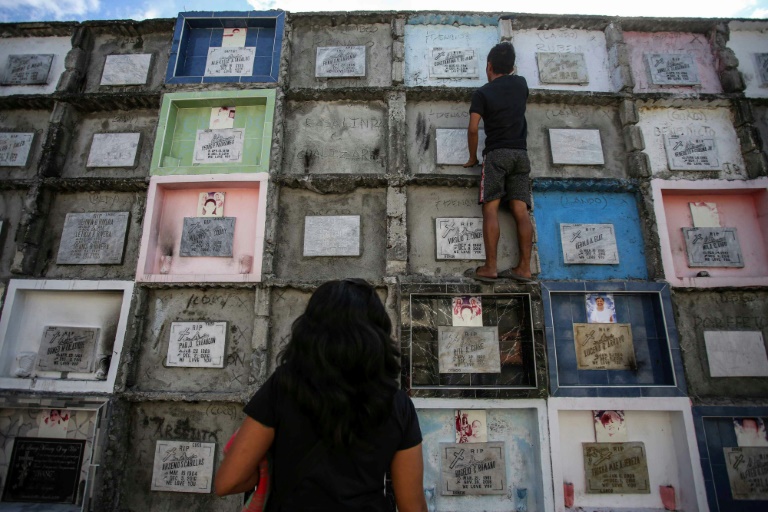 Lourdes De Juan and her children visit the grave of her late husband, an alleged victim of an extrajudicial killing, at a public cemetery.

"Before he was killed, he came home to celebrate my birthday," Joan, fighting back tears during a visit to his tomb, told AFP.

When the drug war started, Pilario and others locally rushed in to help families cover the costs of the spate of funerals - there were some 100 killings in under a year.

But the effort broadened to giving widows with little education or work experience a hand in making a living, and counseling for the children, some of whom witnessed the slayings.

"Through art is the best way for children to express what is inside. They are not yet as articulate as adults," said Pilario.

The goal is to keep the children in school and on the path toward a career, and away from the local traps of trash picking and small-time drug dealing that ensnared their fathers. 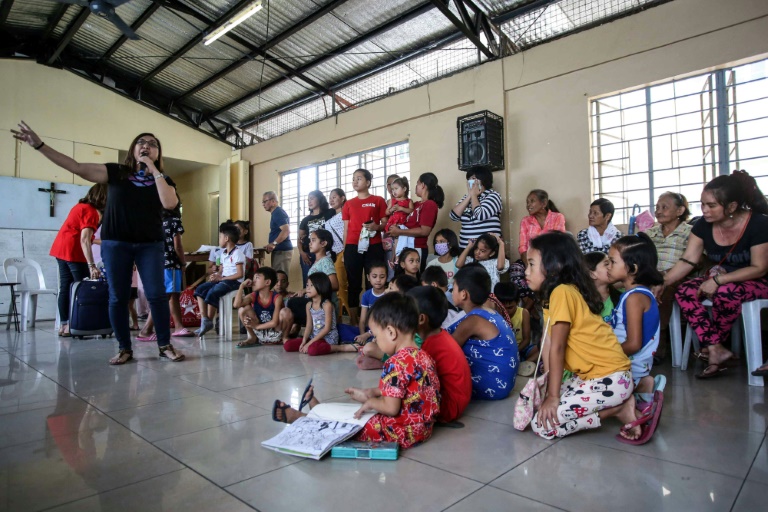 A long-term programme is now in place that includes music, art and dance classes for the boys and girls, as well as the Oyayi Sa Unos (Lullaby in the Storm) choir.

A long-term programme is now in place that includes music, art and dance classes for the boys and girls, as well as the Oyayi Sa Unos (Lullaby in the Storm) choir.

The children have already performed at art show openings, prestigious Philippine universities and even for Manila households at Christmas.

One of their most powerful appearances came last year at a protest near Duterte's annual address to the nation, where they sang their signature piece, Awit ng Naulila (Song of the Orphan).

As he touted his infamous policy, which anti-drug agents say has killed over 5,500 alleged dealers and users, they sang of the damage it had done to them.

"I'm tired, poor, beaten down and bewildered... Looking for those with sympathy in their hearts to give," part of the opening verse says.

Rights groups say the true toll is at least four times higher and could amount to crimes against humanity. 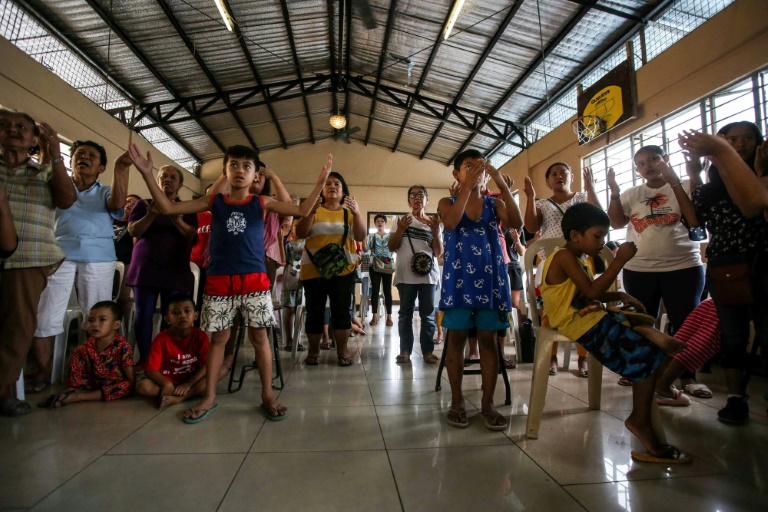 The children have already performed at art show openings, prestigious Philippine universities and even for Manila households at Christmas.

Still, polls report that the drug war has the overwhelming backing of the Philippine people, despite the killing.

That support - and fear of being associated with drugs - results in the children of the dead being ostracised and bullied.

The children also have struggled with anger and an impulse for retribution, volunteer counsellor Carol Daria told AFP.

The choir offers a way to channel that impulse.

"I want to tell the world what is happening to us, the extrajudicial killings. We want to express how we feel about it," said 13-year-old Ronnel, whose father was gunned down.

The Payatas killings tapered off 11 months into the campaign as police shifted their operations to provinces near Manila.

But shadowy gunmen have since returned to Payatas, shooting dead Vicente Rufino as he slept in his tiny one-room tenement home on January 29, less than two months after he was released from jail on drugs charges.

"We can't bury him yet because we don't have money," his elder sister Sally Nunag told AFP at his wake, notable for the absence of visitors.