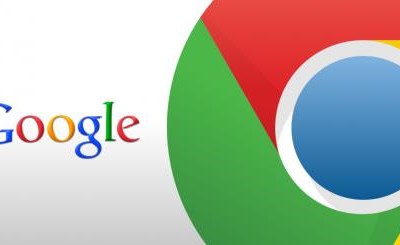 The technology titan laid out a sweeping vision at the opening of a sold-out developers conference in a keynote presentation streamed online to millions of people across the world.

"We are beginning to evolve our platforms beyond mobile," Android and Chrome teams chief Sundar Pichai said of how Google's twin operating systems are being adapted to work with one another and with new types of computing hardware.

Google's goal, according to Pichai, is to have its software be a foundation for applications, services or digital content delivered seamlessly across the increasingly diverse array of Internet-linked screens in people's lives.

A new LG G smartwatch and a freshly-announced Gear Live smartwatch by Samsung that both work with the "Android Wear" platform debuted Wednesday at the online shop Google Play.

An eagerly awaited Moto 360 smartwatch is due to join the Android Wear lineup later this year.

"These are the first three watches, but there are more on the way," Pichai said.

Android Auto software for cars, synching smartphones with in-dashboard screens and controls, is being shared with automakers, and vehicles are set to be equipped by the end of this year.

Android Auto brings apps like Google Maps and Spotify music service to an "interface built for driving," according to a freshly formed coalition of technology and car companies called the Open Automotive Alliance.

Google also announced another shot at smart televisions with Android TV software for what are typically the biggest screens in homes.

Google is giving televisions "the same level of attention that phones and tablets have enjoyed," according to Android engineering director Dave Burke.

Android smartphones, complete with voice command features, could be used to direct searches and more on television screens, an on-stage demonstration showed.

Games from the Google Play shop could also be played on televisions.

"Google is trying to be more like Apple; create more consistent experiences with devices that work together."

Handset or tablet makers are free to customize free Android software to suit hardware and set themselves apart from rivals, but this has resulted in popular applications working on some gadgets and not others in a situation referred to as "fragmentation."

Improving how well popular services or applications work across Android devices should also entice users to "lock in" to the platform the way Apple devotees remain loyal to the Cupertino, California company's gear, according to Blau.

"Lots of variations of Android make developers work harder to support all those devices," the analyst said.

"A consistent experience will help Google in the long run."

Google also showed off steps it is taking to make Android devices along with its services offered in the Internet "cloud" amenable to workplaces.

Improvements include tools for separating personal and company uses of mobile devices, as well as better handling of files made using Microsoft Word, Excel or PowerPoint programs.

Outside the convention center, protesters dressed as "Star Wars" film bad guy Darth Vader to remind Google of its founding vow not to be evil.

Protests did not disrupt on-stage presentations, and Pichai made a point of addressing criticism that women engineers are scarce in Silicon Valley firms.

Among those watching the conference online was a group of female developers in Nigeria, said Pichai, who noted that more than a fifth of those taking part in the conference are women.

"We are working hard to elevate women in computer sciences," Pichai said.