Visitors can step inside renovated cells which once held murderers, suffragettes, dictators - and even the playwright Oscar Wilde.

The Bow Street Police Museum opens to visitors for the first time on Friday. Most of the site has already been converted into a luxury hotel.

INTERNATIONAL NEWS - Old police cells, including a so-called drunk tank, have been restored as historical exhibits in London's newest museum, charting the advent and evolution of policing in the British capital.

The Bow Street Police Museum in Covent Garden, which opens to visitors for the first time on Friday, is housed inside one of London's first police stations, dating back nearly a century and a half.

Situated next to a former magistrates' court, most of the site has been converted into a luxury hotel but part of the original police station now showcases its extraordinary history.

Visitors can step inside renovated cells which once held murderers, suffragettes, dictators - and even the playwright Oscar Wilde. 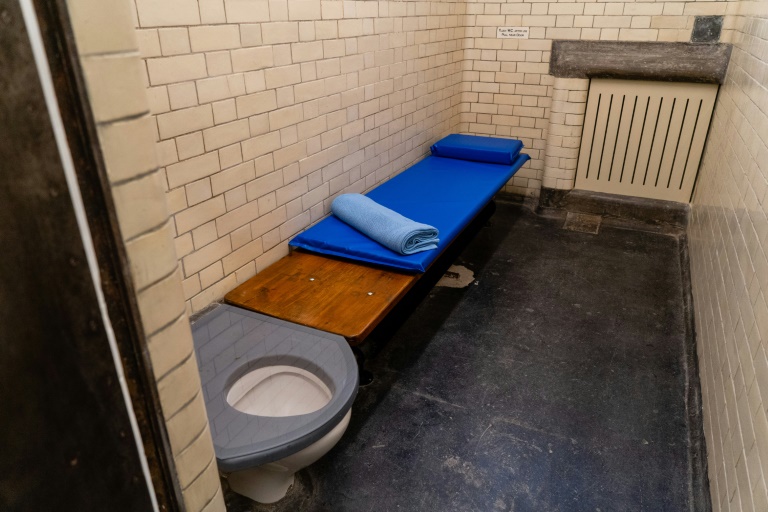 Visitors can step inside renovated cells which once held murderers, suffragettes, dictators -- and even the playwright Oscar Wilde.

"And we're very much showcasing the history of what took place within these walls," she said.

Kavanagh worked closely with former officers stationed there since the 1950s to better appreciate its rich backstory.

"It's been incredible to see its transformation over the last few years," the curator added.

'Risen from the ashes'

After closing in 1992 and sitting dormant for nearly three decades, the station now chronicles the three-century progression of British policing, which began with the Bow Street Runners.

The Runners were Britain's first organised police force, made up of local volunteer watchmen in the early 18th century armed with just a bell, rattle, lantern and staff.

They were gradually incorporated into today's Metropolitan Police Service, after it was formed in 1829. 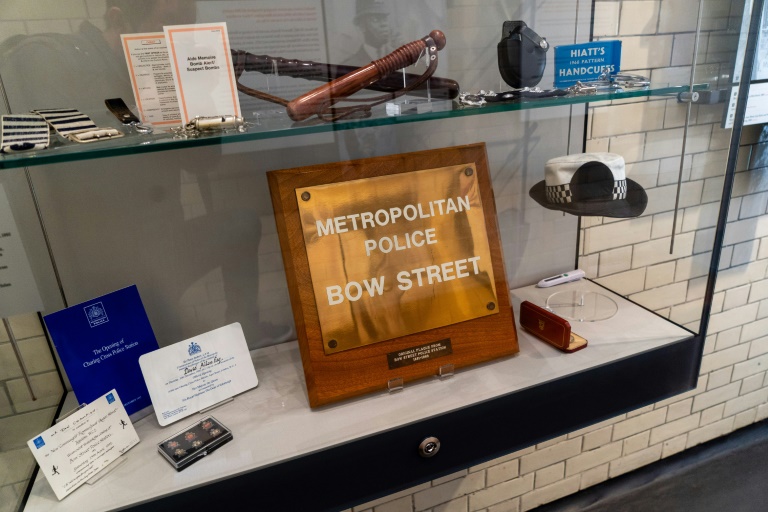 The museum chronicles the inception of modern policing from Bow Street, complete with exhibits like a 19th century lantern and a replica Runners' blue uniform.

But Bow Street remained a busy hub for the Met over the ensuing decades, with the building housing the museum brought into service in 1881.

Philip Gough, a retired inspector who served there from 1989 until its closure, is now a trustee and joined other former colleagues at an "emotional" reunion last week to view the exhibits.

"When the station closed it was everybody's wish that it would be a museum," he told AFP, as two mounted Met officers trotted up to the site.

"Unlike any other station in the country it came with that tag of the Bow Street Runners... it felt like we were closing a chapter of history, but like the phoenix, it's risen from the ashes."

As well as chronicling the inception of modern policing from Bow Street, complete with exhibits like a 19th century lantern and a replica Runners' blue uniform, the museum also delves into the site's more recent history.

The Bow Street complex dealt with everything from IRA terrorist cases and the extradition of former Chilean dictator Augusto Pinochet, to being the home station of murdered policewoman Yvonne Fletcher.

She was patrolling a small demonstration outside the Libyan embassy in 1984 when she was hit by shots fired from the diplomatic compound, a killing that led Britain to sever relations with Libya for 15 years.

Meanwhile the museum also displays artefacts from the old courthouse - including an original dock - which closed 14 years after the police station, in 2006.

The six cells once used to house detainees have each been used to house exhibits, with visitors encouraged to step inside the sixth "tank", used for those held for drunken behaviour. 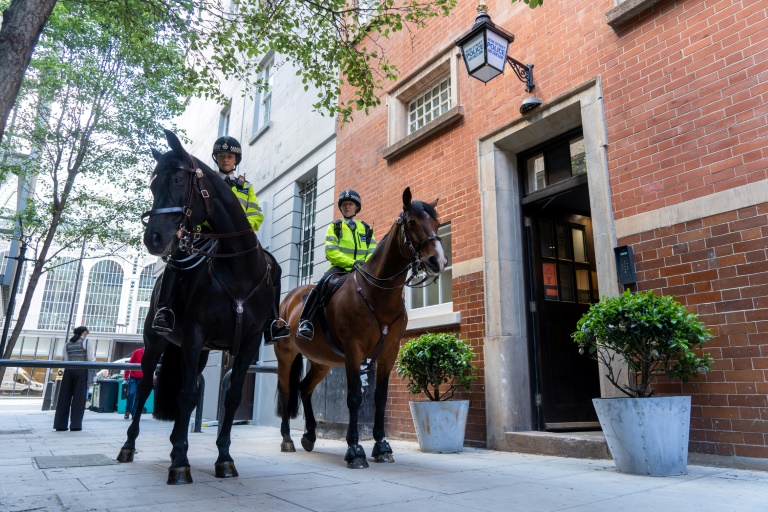 The Runners were Britain's first organised police force, made up of local volunteer watchmen in the early 18th century armed with just a bell, rattle, lantern and staff.

"There would have been graffiti on the walls, the smell in the cells... rancid, I think, is probably the polite way of putting it," recalled Lee-Jane Yates, another officer who served there in the 1980s and collaborated on the exhibits.

"It was the first police station in the country, more than likely, but you're not aware of the history, and it's only afterwards when you leave and you think, gosh, I was actually part of history here," she added.