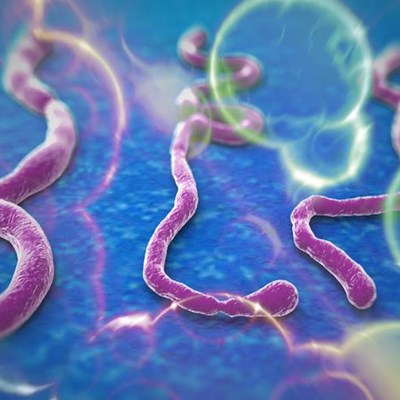 In Liberia, where the dead lay in the streets, lawmakers gathered to ratify a state of emergency while Sierra Leone sent troops to guard hospitals and clinics handling Ebola cases. Nigeria held out hope it could receive an experimental US-developed drug to halt the spread of the virus.

Since breaking out earlier this year, the epidemic has claimed 932 lives and infected more than 1,700 people across west Africa, according to the World Health Organisation.

Ebola causes severe fever and, in the worst cases, unstoppable bleeding. It is transmitted through close contact with bodily fluids, and people who live with or care for patients are most at risk.

As African nations struggled with the sheer scale of the epidemic, Spain flew home a 75-year-old Roman Catholic priest, Miguel Pajares, who contracted the disease while helping patients at a hospital in the Liberian capital Monrovia.

The missionary was the first patient in the outbreak to be evacuated to Europe for treatment.

A specially equipped military Airbus A310 brought him to Madrid's Torrejon air base along with a Spanish nun, Juliana Bonoha Bohe, who had worked at the same Liberian hospital but did not test positive for the deadly haemorrhagic fever, the Spanish government said.

The priest was stable and showing no sign of bleeding while the nun appeared to be well but would be re-tested for Ebola just in case, health officials said.

Two Americans who worked for Christian aid agencies in Liberia and were infected with Ebola while taking care of patients in Monrovia were taken back to the United States for treatment in recent days.

They have shown signs of improvement after being given an experimental drug known as ZMapp, which is hard to produce on a large scale.

The vast majority of those infected face a far inferior level of health care at home.

There is no proven treatment or cure for Ebola and the use of the experimental drug has sparked controversy as Ebola experts call for it to be made available to African victims.

Liberia President Ellen Johnson Sirleaf declared a state of emergency of at least 90 days on Wednesday, saying extraordinary measures were needed "for the very survival of our state".

"The scope and scale of the epidemic, the virulence and deadliness of the virus now exceed the capacity and statutory responsibility of any one government agency or ministry," she said.

Liberia's parliament is to ratify the decision Thursday.

In Sierra Leone, which has the most confirmed infections, 800 troops including 50 military nurses were sent to guard hospitals and clinics treating Ebola patients, an army spokesman said. The parliament was to meet to ratify a state of emergency declared last week.

Fears are growing that the disease is also taking hold in Nigeria after the death of a nurse in Lagos, a megacity of more than 20 million. It was the second Ebola death in Nigeria, where another five people have tested positive for the disease.

Nigeria's Health Minister Onyebuchi Chukwu told reporters he was in contact with the US Center for Disease Control on the possibility of getting drugs from them.

"I said we are getting reports that this experimental drug seems to be useful. Is it also possible that we can have access for our people presently being treated and under incubation?" he said Wednesday.

Chukwu said all seven confirmed cases in his country had "primary contact" with a Liberian finance ministry employee who brought the virus to Lagos on July 20 and died later in hospital.

US President Barack Obama said it was too soon to send experimental drugs for the treatment of Ebola to west Africa, however, urging officials instead to focus on building a "strong public infrastructure".

"I think we have to let the science guide us. And I don't think all the information is in on whether this drug is helpful," Obama said on Wednesday.

The World Health Organisation is meeting in emergency session behind closed doors in Geneva to decide whether to declare an international crisis. It is not expected to make a decision until Friday.

A Saudi Arabian who had travelled to Sierra Leone and developed Ebola-like symptoms died on Wednesday of a heart attack while being treated in hospital in Jeddah, the Saudi health ministry said.

First discovered in 1976 and named after a river in what is now the Democratic Republic of Congo, Ebola spreads through contact with bodily fluids such as blood, saliva and sweat.

It has killed around two-thirds of those it has infected over the last four decades, with two outbreaks registering fatality rates approaching 90 percent. The latest outbreak has a fatality rate of around 55 percent.