Hungarian police have launched a criminal investigation into one of the country's worst boat accidents.

INTERNATIONAL NEWS - Hopes were fading Friday of finding any more survivors from a boat accident on the Danube river in Budapest, with 21 people still missing most of them South Korean tourists.

Police and army boats continued search operations for a second night but their work has been hampered by high river levels and a strong current after weeks of heavy rainfall.

The Mermaid sightseeing boat overturned after colliding with a much larger river cruise ship on a busy stretch of the Danube on Wednesday evening.

At least seven South Korean tourists were killed and 21 people remain missing - including the boat's captain and a crew member, both Hungarian.

Only seven people are known to have survived so far. 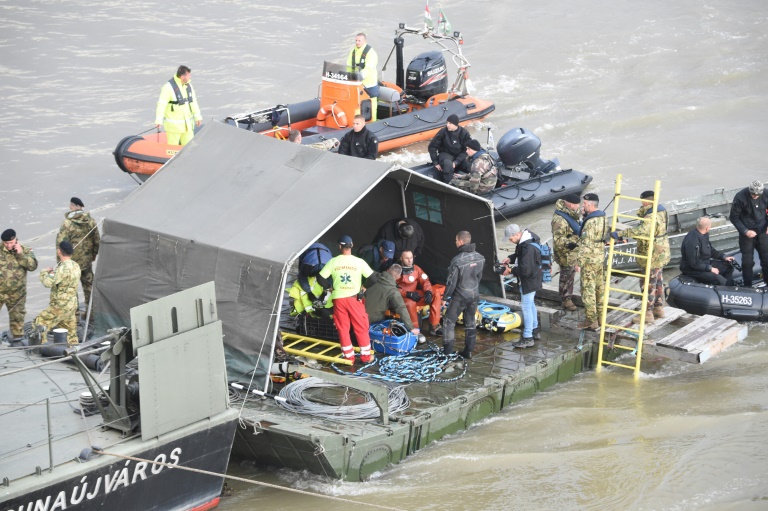 Divers and technical teams continue search operations after the "Mermaid" boat accident, but their work has been hampered by high river levels and a strong current after weeks of heavy rainfall.

Late Thursday police announced that the captain of the larger ship, the 135-metre four-storey Viking Sigyn, had been taken into custody and "questioned as a suspect... in relation to 'endangering waterborne traffic resulting in multiple deaths'."

"After being questioned, 64-year-old Yuriy C., a resident of Odessa, was detained and a request for his arrest has been made," police said in a statement.

On Thursday police had launched a investigation into possible "criminal negligence on public waterways".

A floating crane was erected near the accident site, as well as a small pier for use by divers.

However, experts warned that the Danube's high current level would make any diving attempts very risky and that lifting the wreck could take several days. 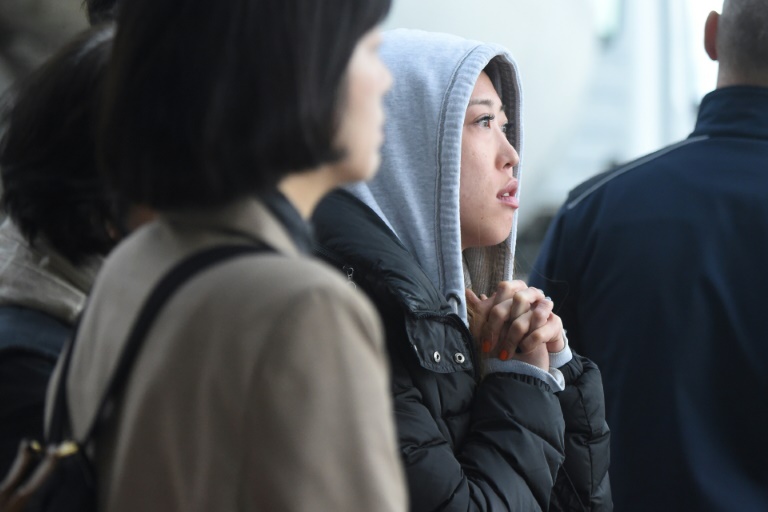 Hopes are fading of finding more survivors of the boat tragedy on the Danube.

The water level is not expected to start receding before Tuesday at the earliest.

On Thursday police revealed the strong current had swept one of the victims around 11 kilometres (seven miles) downstream of the accident site.

The search operation has been extended to cover the entire length of the Danube in Hungary south of Budapest and Hungarian authorities have also contacted their counterparts in neighbouring Serbia.

On Friday families of some of the victims are due to fly to Budapest. South Korea's Foreign Minister Kang Kyung-wha is also expected to arrive along with a emergency task force.

Kang will give a press conference with her Hungarian counterpart Peter Szijjarto at 09:30 local time (0730 GMT). 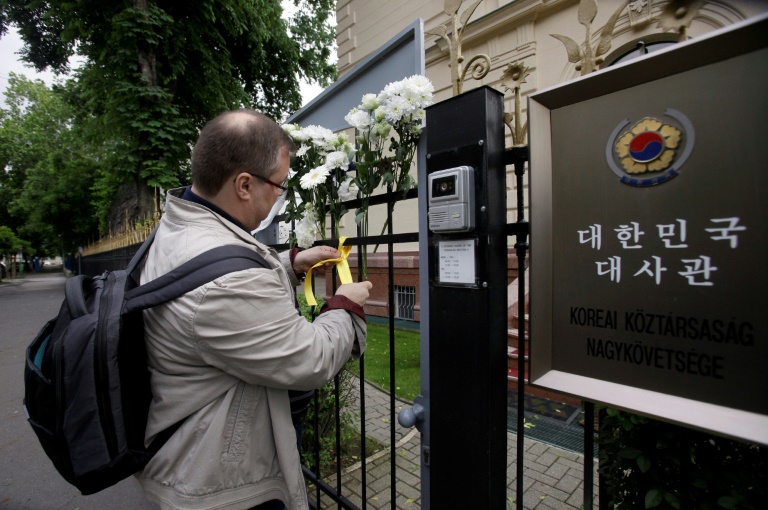 Mourners leave flowers in front of the Embassy of the Republic of Korea in Budapest.

Lee Sang-moo, chief operating officer of Very Good Tour which organised the trip for the South Koreans, said most of the passengers were in their 50s and 60s, with the oldest a man in his early 70s.

A six-year-old girl who was travelling with her mother and grandparents is also among those missing.

A candlelit vigil for the victims is expected at the South Korean embassy in Budapest on Friday evening.

On Thursday locals laid flowers and lit candles at the embassy and on Budapest's Margaret Bridge near the scene of the tragedy.

The accident happened on a popular part of the Danube river for pleasure trips, from where passengers can view the city and parliament building illuminated at night.

Dozens of small sightseeing boats ply the river through Budapest every day. Larger river cruise boats travelling on the Danube between Germany and the Black Sea typically spend several days moored in the capital.

River traffic was suspended after the accident but on Thursday it was partially re-opened on the western side of the river, further away from where the collision took place.