Members of the Uyghur community in London call on British MPs to recognise the alleged persecution of China's Muslim minority as crimes against humanity.

INTERNATIONAL NEWS - China on Monday urged the United States, Germany and Britain to cancel an upcoming video conference on Beijing's crackdown on the Uyghur Muslim minority, and called on other UN members not to attend the event.

At least one million Uyghurs and people from other mostly Muslim groups have been held in camps in China's northwestern Xinjiang region, according to rights groups, who accuse authorities of forcibly sterilizing women and imposing forced labor.

The videoconference, scheduled for Wednesday, "is based on sheer lies and political bias," China's diplomatic mission to the United Nations said in a statement. 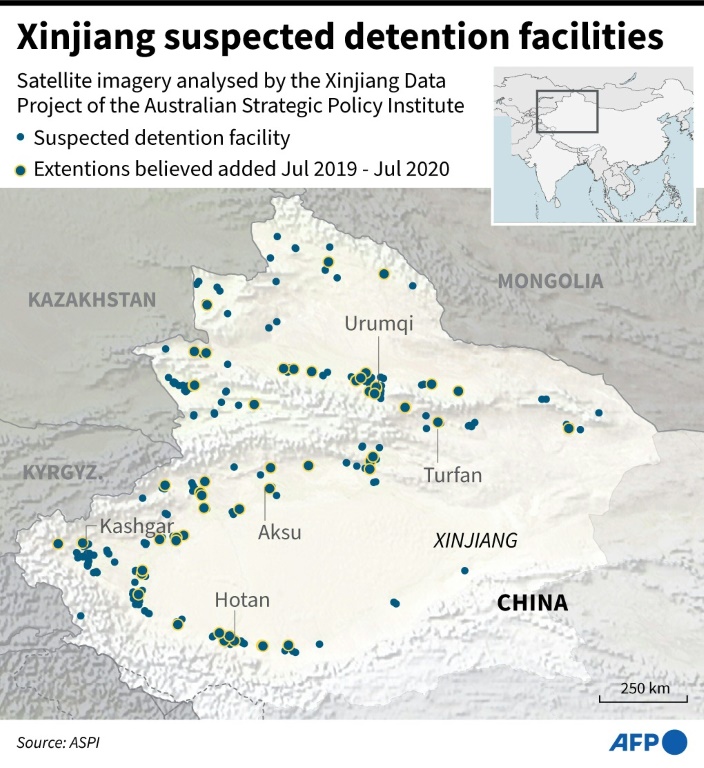 Beijing "urges the co-sponsors to immediately cancel this event which interferes in China's internal affairs, and calls on other Member States to reject the event."

"The current situation in Xinjiang is at its best in history with stability, rapid economic development and harmonious co-existence among people of all ethnic groups," the statement said.

In addition to the camps, millions more Muslims in China allegedly live under a tough system of surveillance and controls.

The United States recently declared that the treatment of Uyghurs is "genocide."

"The US claims to care about the human rights of Muslim people despite the world-known fact that the US has been killing Muslims in Afghanistan, Iraq and Syria," China's statement said.

"It is the US and its followers that have killed the largest number of Muslims in the world."

At the meeting on Wednesday, the ambassadors to the UN from the United States, Germany and Britain - who represent the Uyghurs - are expected to speak, as well as the NGO Human Rights Watch, which co-organized the event.