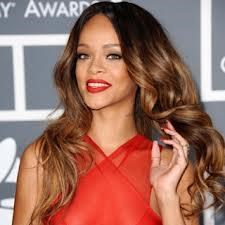 Riahanna
INTERNATIONAL NEWS - Those behind the massive leak of naked celebrity photos that shocked the show business world could and should be prosecuted, including for child sex crimes, experts said Wednesday.

The online theft of the images -- including pictures of "Hunger Games" star Jennifer Lawrence and also of at least one under-age victim -- could also amount to harassment or a form of sexual assault.

"I think it is a form of sexual aggression and the objectification of women, and the posting of underage nude photos is fodder for sexual predators," said psychotherapist Dr Judi Bloom.

"Those who did this should be prosecuted," she added, explaining: "It is not as traumatic as an actual assault, but it is psychologically damaging to the individual because it is a total invasion of who you are."

Dozens of photos of stars were posted online at the weekend, including Rihanna, Kate Upton and Kirsten Dunst. Tech giant Apple admitted there had been a "targeted attack," but denied its cloud storage system had been breached.

There has been condemnation, but also a sharp divide in Hollywood.

LA Times columnist Robin Abcarian, for example, wrote: "If you are a celebrity, and you pose nude for digital photos, you should not expect them to stay private.

"I maintain now, and have always maintained, that if you are a celebrity and you make a sex tape, you should not expect it to stay private."

But others sprang to the defense of those whose photos were stolen and posted online, in one of the biggest such hacks.

"Even worse than seeing women's privacy violated on social media is reading the accompanying comments that show such a lack of empathy," wrote "Harry Potter" star Emma Watson.

"Girls" creator Lena Dunham said: "Remember, when you look at these pictures you are violating these women again and again. It's not okay... The person who stole these pictures and leaked them is not a hacker: they're a sex offender."

Two years ago, the author of a similar online theft, that time involving pictures of celebrities including Scarlett Johansson and Mila Kunis, was jailed for 10 years.

Neither the FBI nor prosecutors in Los Angeles would comment on the reports, citing an ongoing investigation.

"Suing is a way of regaining some kind of power," she said.

The affair should sound alarm bells, "especially for a lot of young people who send nude selfies to boyfriends," she said, adding: "Anything that they post (can be sent) to anybody else."

Parents should also take responsibility, to warn their children of the dangers, she said.

One case which gripped America was that of Jessica Logan, who hanged herself aged 18 in 2008, after a naked photo which she had taken for her boyfriend was sent to hundreds of teenagers after she split up with him.

While young women are the cause for most concern, men are not invulnerable: in 2010 a star student aged 18, Tyler Clementi, threw himself off a bridge in New York after his roommate leaked a photo of him with his male lover.