INTERNATIONAL NEWS - White House lawyers were to resume their defense of President Donald Trump at his Senate impeachment trial Monday as explosive revelations from former national security advisor John Bolton increased pressure on Republicans to call him as a witness.

Trump lashed out at Bolton on Twitter, denying he had ever told his former aide that military assistance to Ukraine was tied to Kiev investigating his political rival Joe Biden.

According to The New York Times, Bolton makes the bombshell allegation - which is at the heart of the impeachment case against the president - in a draft of his upcoming book.

"I NEVER told John Bolton that the aid to Ukraine was tied to investigations into Democrats, including the Bidens," Trump said.

"In fact, he never complained about this at the time of his very public termination. If John Bolton said this, it was only to sell a book."

Speaking later to reporters, Trump said he had not yet seen the manuscript, which was submitted to the White House for security clearance. 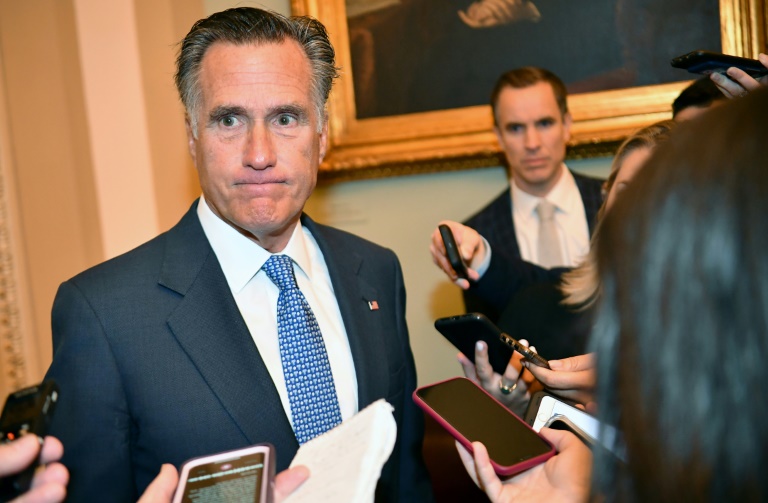 The Bolton revelations came as White House lawyers prepared to resume their defense of the president in the Senate at 1:00 pm (1800 GMT).

In opening arguments on Saturday, White House counsel Pat Cipollone said Trump had done nothing wrong and voters - not Congress - should decide in November whether he should be removed from office.

Chief Democratic prosecutor Adam Schiff countered on CNN on Monday that while the evidence of Trump's guilt is "already overwhelming," the Bolton revelations "very dramatically" bolster the case.

"It completely blasts another hole in the president's defense," said Schiff, who led the investigation that saw the president impeached by the Democratic-controlled House of Representatives on December 18 for abuse of power and obstruction of Congress.

'Put John Bolton to the test'
"At the end of the day, this a test for the senators," the California lawmaker said. "The question they have to answer is 'Do they want to hear the truth?' 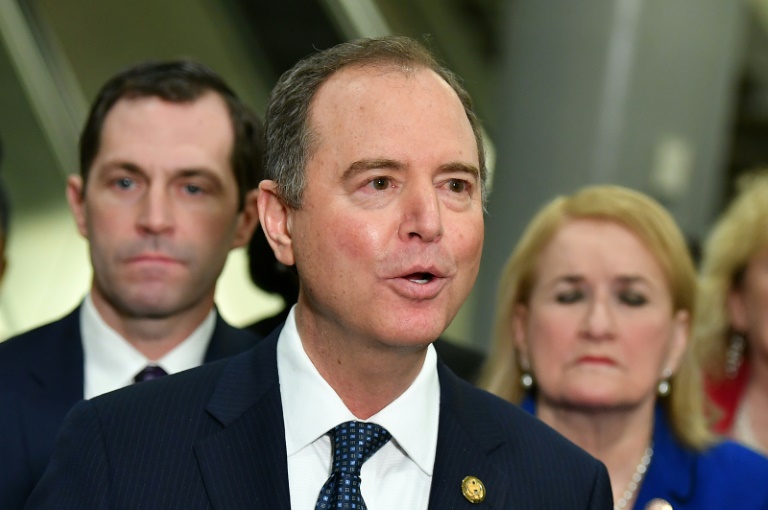 Democrats have been seeking to call Bolton and other senior officials as witnesses, a move resisted so far by the White House and Trump's Republican allies in the Senate.

Four Republicans will need to join forces with Democrats in the Senate - where Republicans hold a 53 to 47 seat edge - to allow testimony from Bolton and other witnesses.

Republican Senator Mitt Romney of Utah, an occasional Trump critic, said Monday he believed there may be enough Republican backing to compel Bolton to testify.

Another Republican Senator, Susan Collins of Maine, also said the reports about Bolton's book "strengthen the case for witnesses."

While just 51 senators are required to allow further trial witnesses, 67 senators - a two-thirds majority - are needed to remove Trump from office. 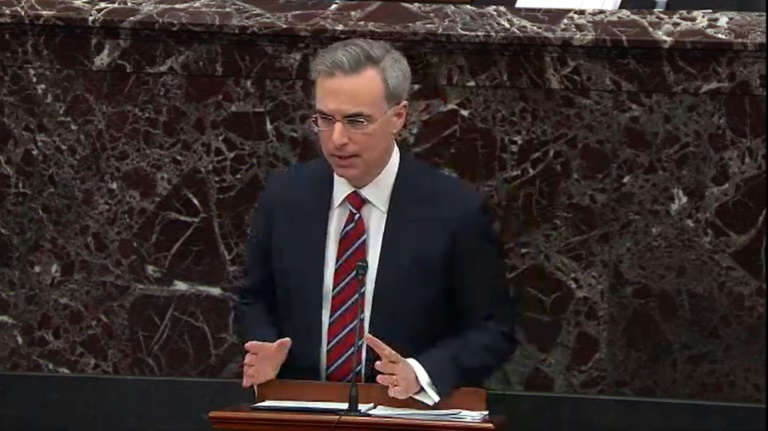 If the Senate does subpoena Bolton, the White House is likely to cite executive privilege to try to send the matter to the courts and prevent him from testifying.

House investigators asked Bolton to testify at their impeachment inquiry but declined to subpoena him out of fear it would be tied up in the courts.

Bolton, who was fired by Trump in September after 17 months in the job, has since said he was prepared to testify before the Senate.

Citing Bolton's unpublished manuscript, the Times said Trump told Bolton he wanted to freeze $391 million in aid to Ukraine until it opened a probe into Biden and his son Hunter, who served on the board of a Ukrainian gas company. 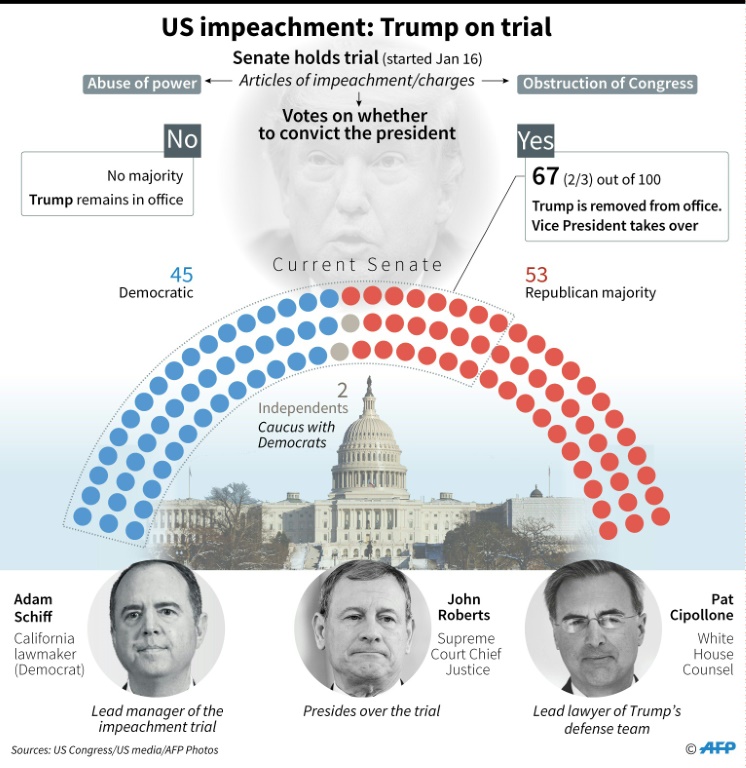 US impeachment: Trump on trial.

A key point of Trump's impeachment defense has been that there was no quid-pro-quo.

Trump's team has maintained that the holdup in aid was not tied to his requests for an investigation into the Bidens.

Bolton's reported assertion in the manuscript would undercut this.

"The choice is clear: our Constitution, or a cover-up," she said.

"We're all staring a White House cover-up in the face," Schumer said.