INTERNATIONAL NEWS - Up until a few years ago, Jeff Jones was going about his life, minding his own business and enjoying his passion for music.

Then Bernie Sanders burst onto the national political stage, prompting many to do double takes on seeing Jones, who bears a striking resemblance to the Democratic presidential candidate.

"Around 2015, people started asking if anyone told me I looked 'sorta like' Bernie Sanders," Jones, who wears glasses and sports a tuft of white hair like Sanders, told AFP at a recent rally in California for the Vermont senator.

"This happened so often that my youngest daughter Robin suggested I make an 'I am not Bernie' shirt as a gag."

With Sanders riding high in the polls for the presidential nomination, Jones, who lives in Los Angeles, has been making much use of his "I am not Bernie" shirt as he attends rallies for the candidate, gladly posing for pictures with wide-eyed voters.

When asked, Jones, who at 77 is a year younger than his doppelgänger, even manages to imitate Sanders' demeanor, hunching his shoulders, tousling his hair and lifting his arms as he scowls.

"I'm a Bernie fan," says Jones, who was a registered Republican until the 2016 elections that saw Donald Trump win the presidency. 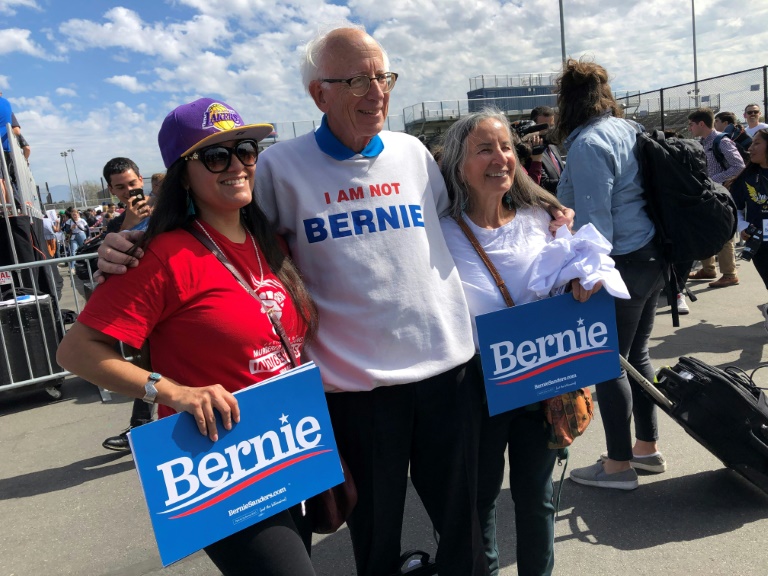 He said he considers the resemblance to Sanders an "accident of nature" and is good-humored about it.

"It's just a gag... and I've turned down requests to play Bernie characters and for shoots and this sort of thing," he said. "It has to serve Bernie's purpose, otherwise I don't want to be involved."

Jones said he has never personally met Sanders but knows what he'll do if that were to happen.

"In some public forum, such as a leftward leaning TV show, I would apologize to Bernie for all the people telling him he looks like ME, then present to him a sweatshirt to resolve the confusion," he said. "It says 'I AM NOT JEFF.'" 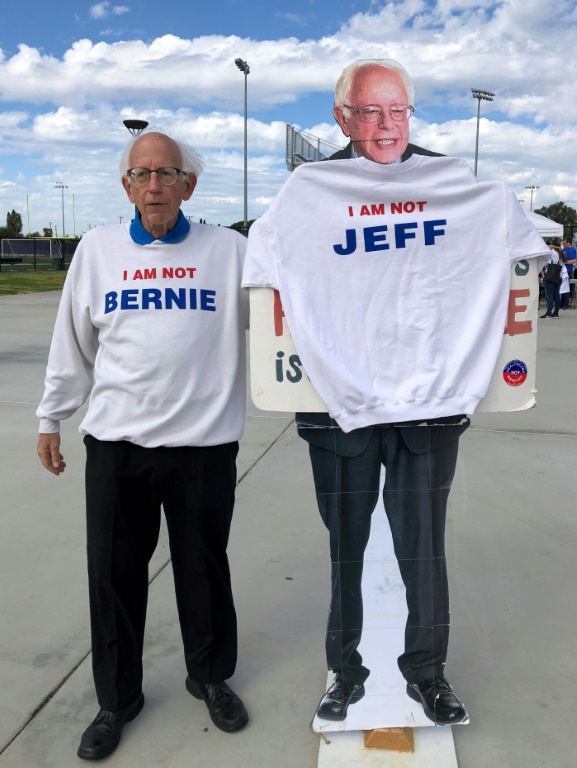 Jeff Jones said if he ever meets Bernie Sanders, he would give him a sweatshirt that reads "I AM NOT JEFF".

The pair, he added, would then pose for a picture in their respective "uniforms."

"After which the bit could be retired," he said.

Jones said he would be voting for Sanders in the upcoming March 3 primaries in California and, hopefully, during the presidential elections in November as well.