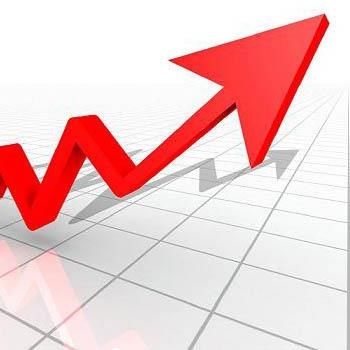 The ECB is almost certain to keep rates at their current low levels after its Governing Council meets, but markets will be parsing Draghi's comments about the future, as Europe is beginning to show signs of recovery from its protracted slump.

Observers believe "Draghi will reiterate his dovish forward guidance at today's regular Council meeting," said Rabobank currency analyst Jane Foley in a note. "Insofar as the eurozone still has a long way to go before shrugging off the mantle of slow growth and crisis, the ECB is likely to attempt to push back against the recent move higher" in interest rates on government bonds.

Meanwhile, most Asian stocks benefited from good news Wednesday in the US: a Federal Reserve survey that showed moderate economic growth in the summer months and the best sales data for car makers in six years.

Wall Street was expected to be steady on the open, with Dow Jones industrial futures down 20 points to 14,910. S&P 500 futures were also down marginally to 1,652.

Japan's Nikkei 225 index swung between losses and gains before closing 0.1 percent higher at 14,064.82 after the Bank of Japan said that the world's No. 3 economy was "recovering moderately." The central bank's policy board also said the bank's monetary easing policies would be maintained for the time being.

India's Sensex benchmark surged 1.7 percent a day after the country's new central bank head, Raghuram Rajan, announced a series of measures aimed at shoring up the rupee currency and strengthening the banking system.

Investors were also looking ahead to Friday, when the U.S. jobs report for August will be released. Economists expect that the U.S. created 177,000 jobs last month and that the unemployment rate held steady at 7.4 percent, according to financial data provider FactSet.

Friday's jobs report is the last major piece of economic data the Federal Reserve will have to work with before the central bank decides whether or not to pull back on its massive bond-buying program. That program has kept interest rates abnormally low. While most investors believe the Fed will begin to pull back, the question has become when and how much.

"The economy seems to be recovering. I think the crucial thing will be the jobs numbers on Friday," said Andrew Sullivan, trader at Kim Eng Securities in Hong Kong.

Benchmark crude for October delivery was up 72 cents at $107.95 a barrel in electronic trading on the New York Mercantile Exchange. It has been supported in recent weeks by concerns over a possible U.S. military strike against Syria, which could further destabilize the wider region, a big producer of crude.