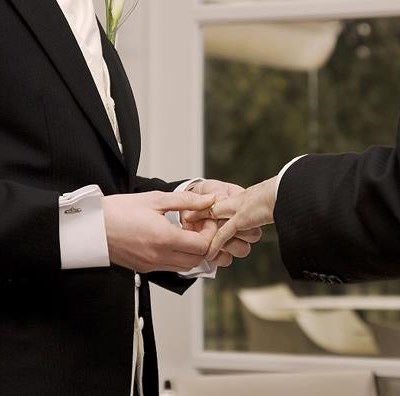 (Generic image)
INTERNATIONAL NEWS - The Arkansas Supreme Court has refused to put on hold a ruling that overturned the state's constitutional ban on gay marriage, but the short-lived ability for same-sex couples to wed in the state still came to a halt amid confusion about what comes next.

Although the justices refused Wednesday to suspend the lower court's ruling, they said the ruling didn't address a separate state law that, among other things, bars county clerks from issuing marriage licenses to same-sex couples.

"I think it actually makes it a little more muddy," Chris Villines, the executive director of the Association of Arkansas Counties, said Wednesday evening after reviewing the Supreme Court's decision. Lawyers for both sides are expected to seek clarification from the court on Thursday.

Last Friday, Pulaski County Circuit Judge Chris Piazza threw out a 10-year-old ban that voters placed in the state constitution and a separate state law barring same-sex marriages. But he didn't rule on the separate law that regulates the conduct of county clerks, which threatens fines if they issue marriage licenses to same-sex couples.

Clerks in five counties responded to Piazza's decision by issuing marriage licenses to gay couples, and more than 450 gay couples in Arkansas have since received permission to marry. Two counties continued to issue licenses on Wednesday, but they stopped after the Supreme Court's ruling. Couples that already have licenses can still get married.

"County clerks have been uncertain about their responsibilities and couples unable to know definitively whether their marriage will remain valid," said Aaron Sadler, a spokesman for Attorney General Dustin McDaniel. "A stay issued by either the Supreme Court or Judge Piazza would have brought some certainty. Unfortunately, today's decision did not do that."

The state's other 70 counties had not issued licenses to gay couples, with many saying the Supreme Court needed to weigh in.

In their ruling Wednesday, the justices simply noted that, indeed, the rules governing clerks remains on the books because Piazza didn't specifically void it. Lawyers for gay couples said Piazza could simply incorporate broader language when he files a final order.

"I would argue that is implicit in his ruling, but we're going to have to get him to address that," lawyer Jack Wagoner said.

Jason Owens, who represented four counties named as defendants in the gay couples' lawsuit, said the counties were correct to wait for further guidance.

"I think it certainly validates that decision to not issue the licenses because there is still a statute in effect that prohibits that," Owens said.

Pulaski and Washington counties issued licenses through Wednesday afternoon. Pulaski County Clerk Larry Crane initially said he would continue to do so Thursday, but changed his mind after talking to the county's lawyer. Washington County clerk Becky Lewallen stopped distribution but intended to talk to other clerks about a way forward.

"It's kind of unfair, the ruling, and we are going to suspend it until we get some clarification," Lewallen said.

Arkansas voters approved a gay marriage ban by a 3-to-1 margin in 2004, but Piazza's ruling cleared the way for the first same-sex marriages in the Bible Belt.

"This is an unconstitutional attempt to narrow the definition of equality," Piazza wrote. "The exclusion of a minority for no rational reason is a dangerous precedent."