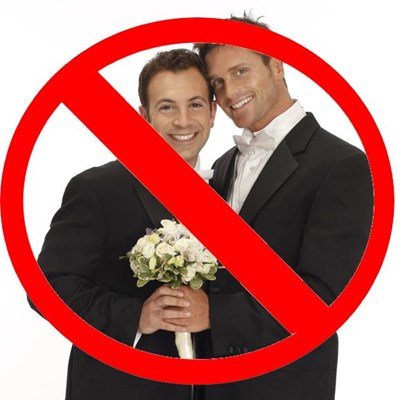 (Generic image)
INTERNATIONAL NEWS - Four gay couples announced Wednesday they are suing the northwestern state of Montana over its constitutional ban on same-sex marriage, making its neighbors North Dakota and South Dakota the only two states with similar bans and no lawsuits seeking to overturn them.

The Dakotas might not hold that distinction for long: a lesbian couple in South Dakota said they also plan to challenge their state's constitutional ban on same-sex marriage in the coming days, along with a provision in federal law that lets states avoid recognizing gay marriages performed elsewhere. Their attorney said he's contemplating filing a lawsuit in North Dakota, too.

State marriage bans have been falling around the U.S. since the Supreme Court last year struck down part of the federal Defense of Marriage Act in a landmark ruling. Gay marriage advocate have enjoyed a stunning series of legal victories since then, but the issue of state marriage bans is not expected to be settled until it reaches the America's highest court.

On Tuesday, Pennsylvania became the final Northeastern state and the 19th in the U.S. to legalize same-sex marriage. Republican Gov. Tom Corbett said Wednesday he would not appeal a federal judge's ruling that overturned the state's 1996 ban. The judge, a Republican who was appointed by President George W. Bush, was criticized as an "activist" by the party's state chairman.

The Montana suit was being filed in federal court. It lists as plaintiffs four Montana couples who are either unmarried or who were married outside the state.

The lawsuit alleges the ban denies same-sex couples the freedom and dignity afforded to other Montanans, and denies them the state and federal legal protections and benefits that come with marriage.

Democratic Gov. Steve Bullock released a statement in support of the couples.

"Montanans cherish our freedom and recognize the individual dignity of every one of us," he said. "The time has come for our state to recognize and celebrate - not discriminate against - two people who love one another, are committed to each other, and want to spend their lives together."

After Montana's lawsuit, only North Dakota and South Dakota will remain as having a gay marriage prohibition that isn't under review, according to the Human Rights Campaign.

Montana voters in 2004 approved a state constitutional amendment providing that only a marriage between one man and one woman is valid or recognized as a marriage in the state.

An attorney for the couples, Elizabeth Gill, said in a statement "it's time for Montana to join the march toward equality for all loving and committed couples across the country."

If the ruling in Pennsylvania stands, it would create a bloc of 11 states from Maine to Maryland that allow same-sex marriage, in addition to the Washington capital district. In Philadelphia, offices stayed open late to handle a rush of applications.

Oregon on Monday became the 18th state to recognize same-sex marriage after a federal judge invalidated its voter-approved ban.